The sond of my Cid 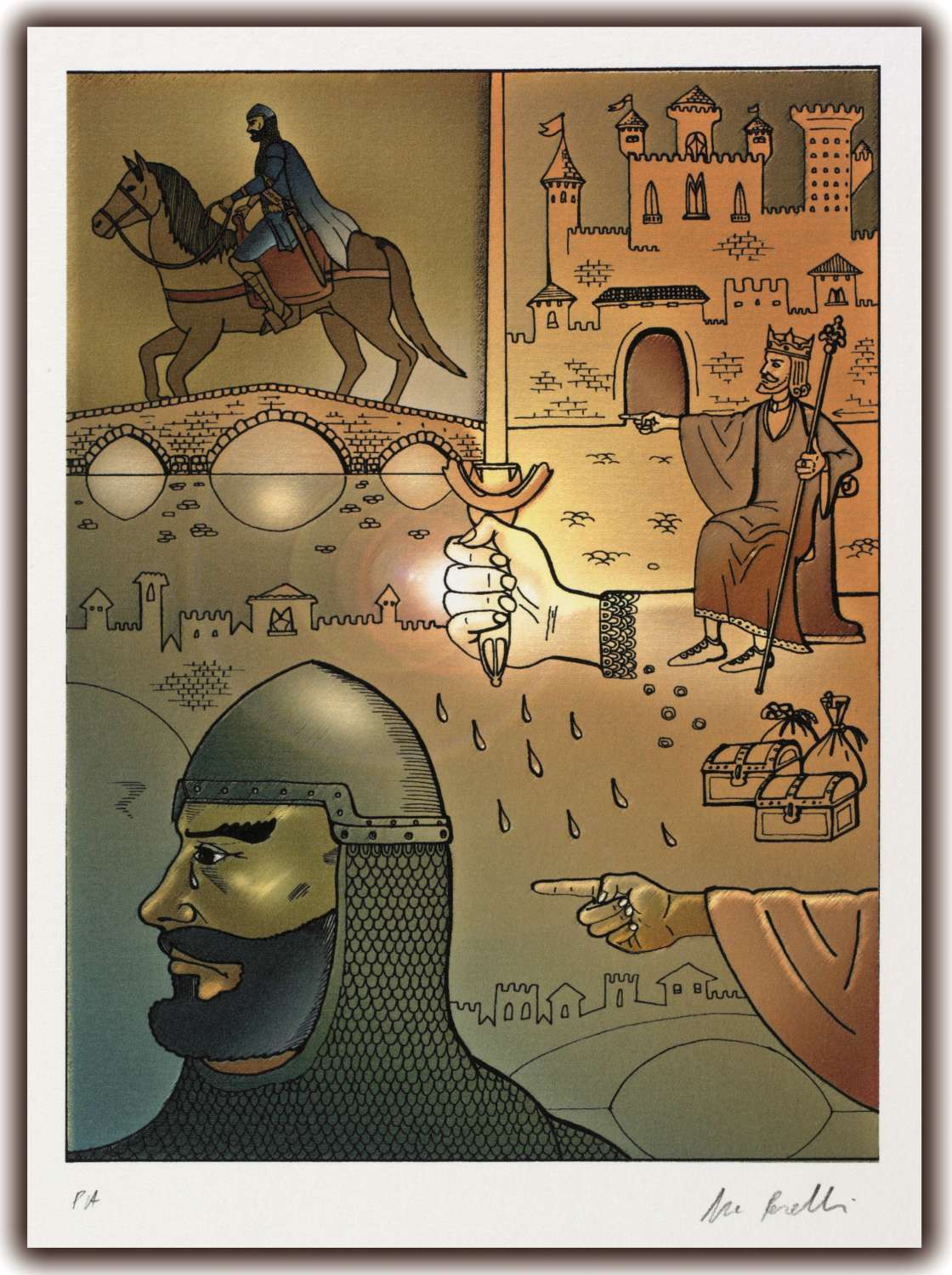 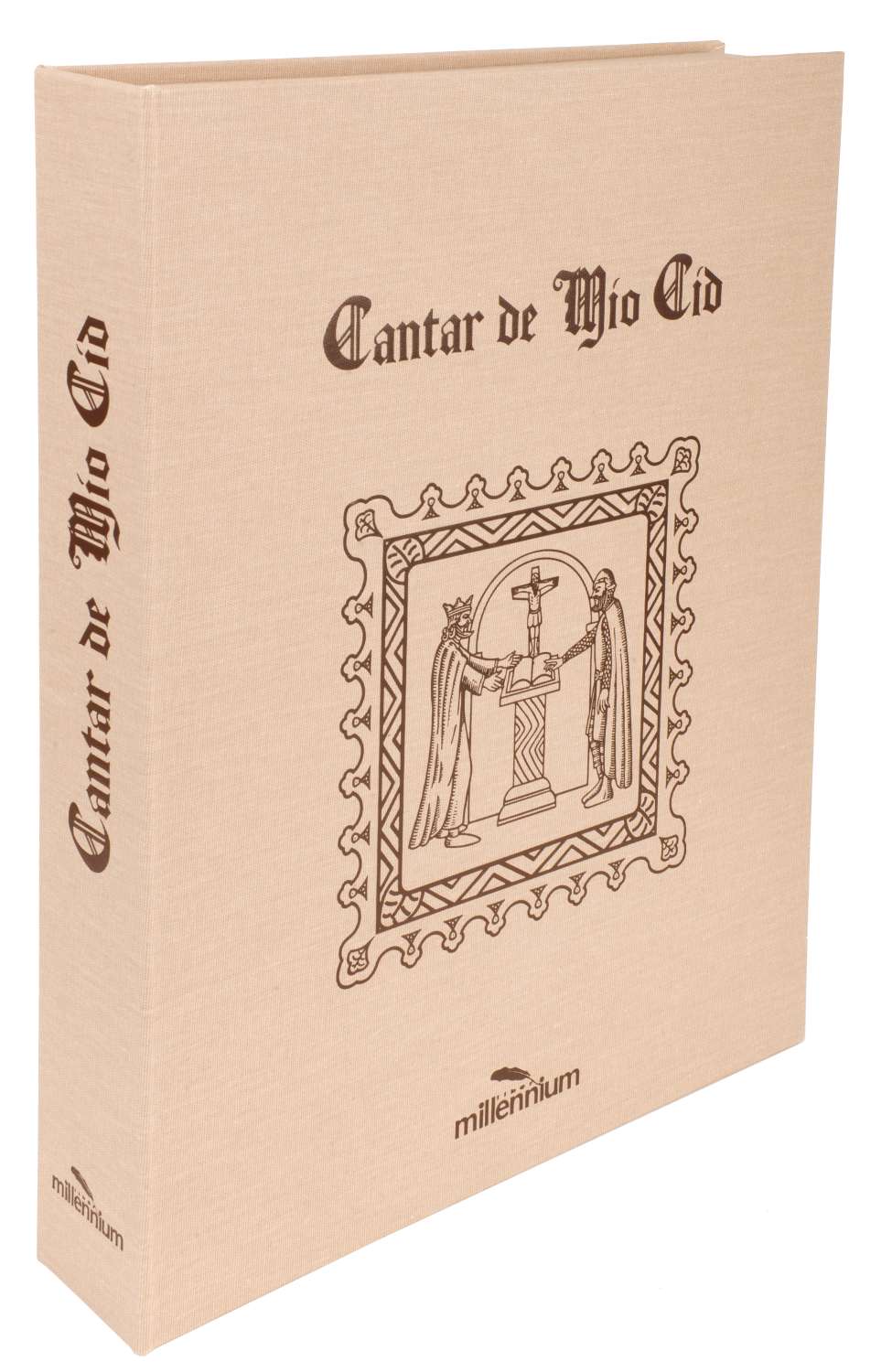 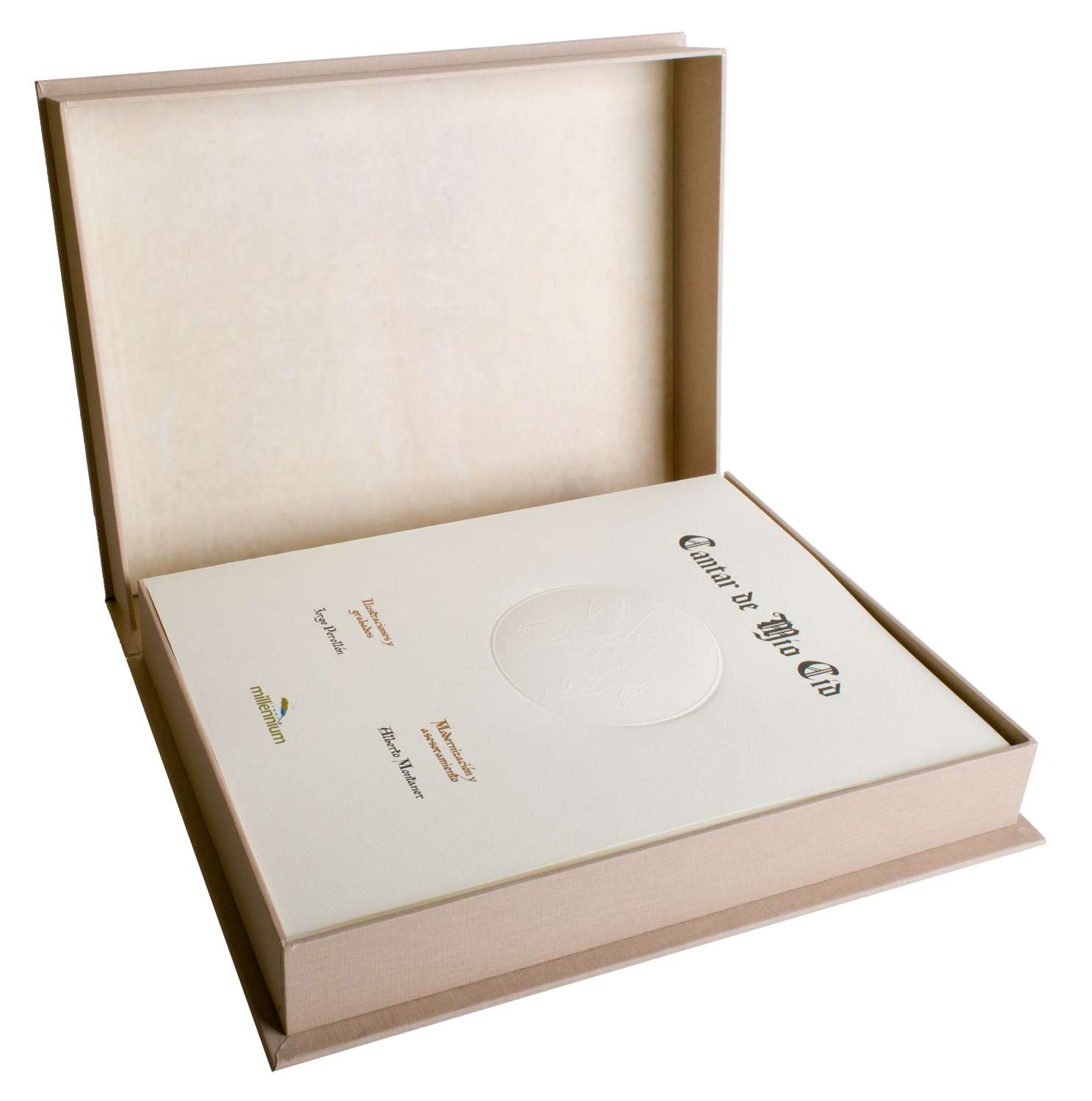 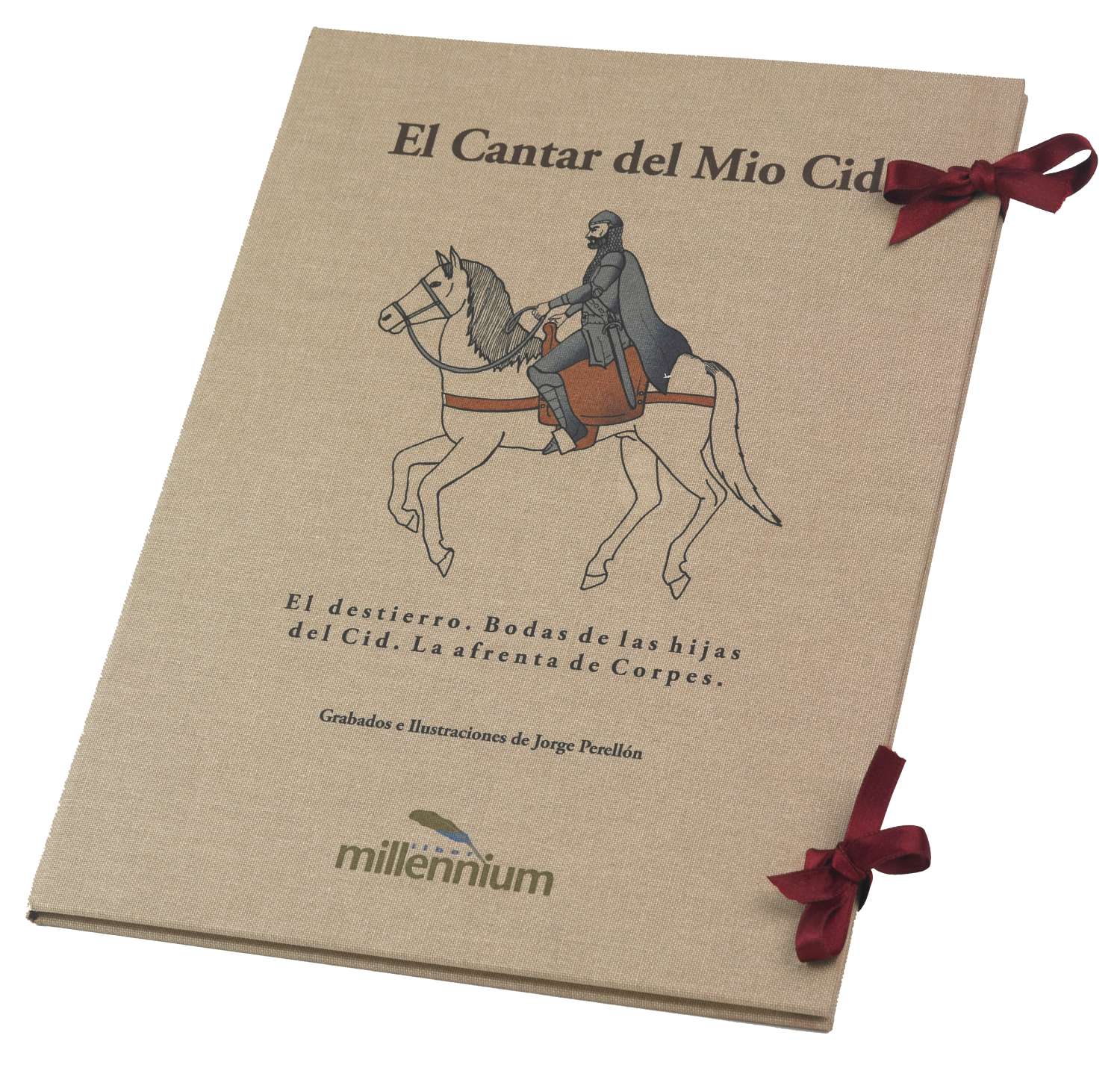 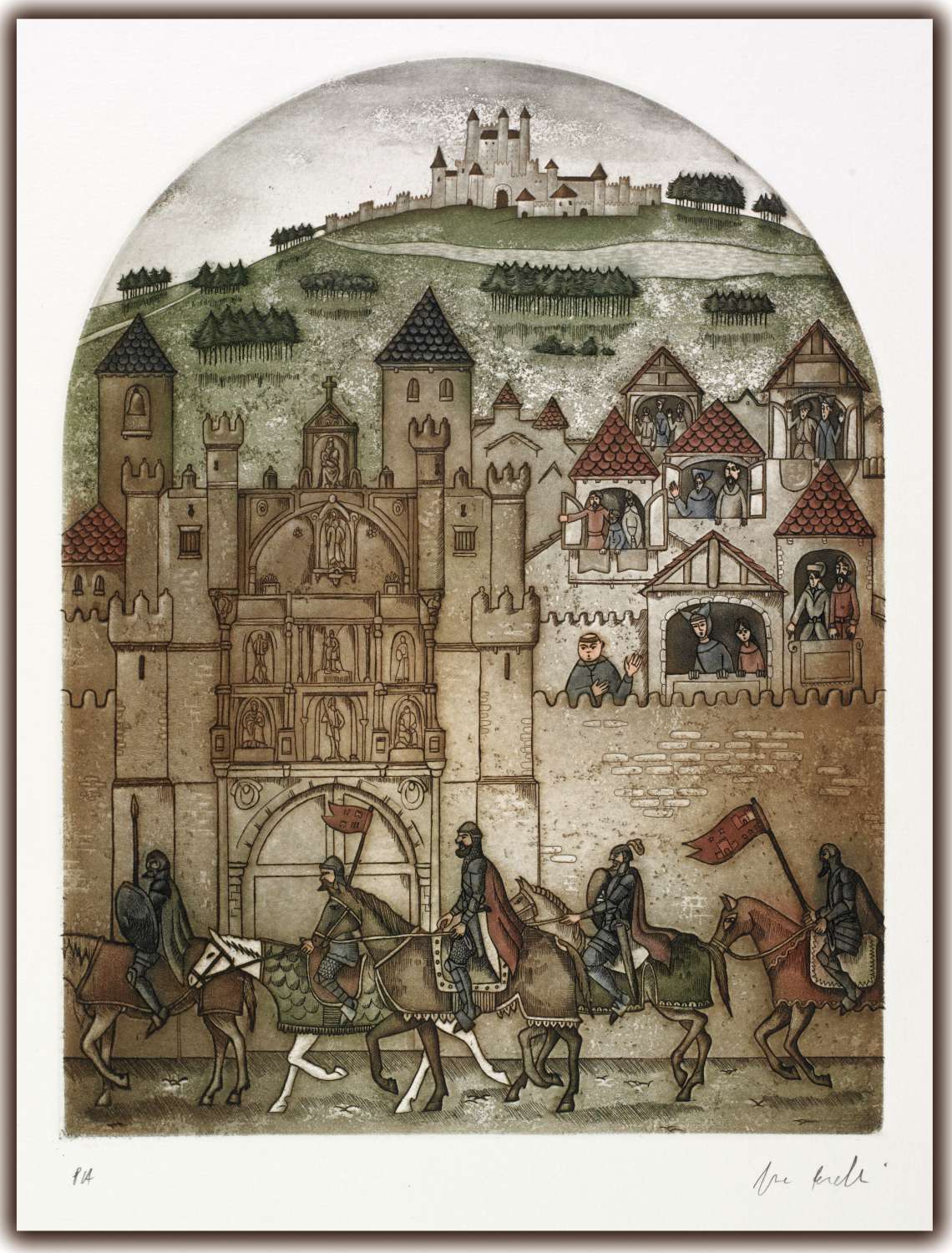 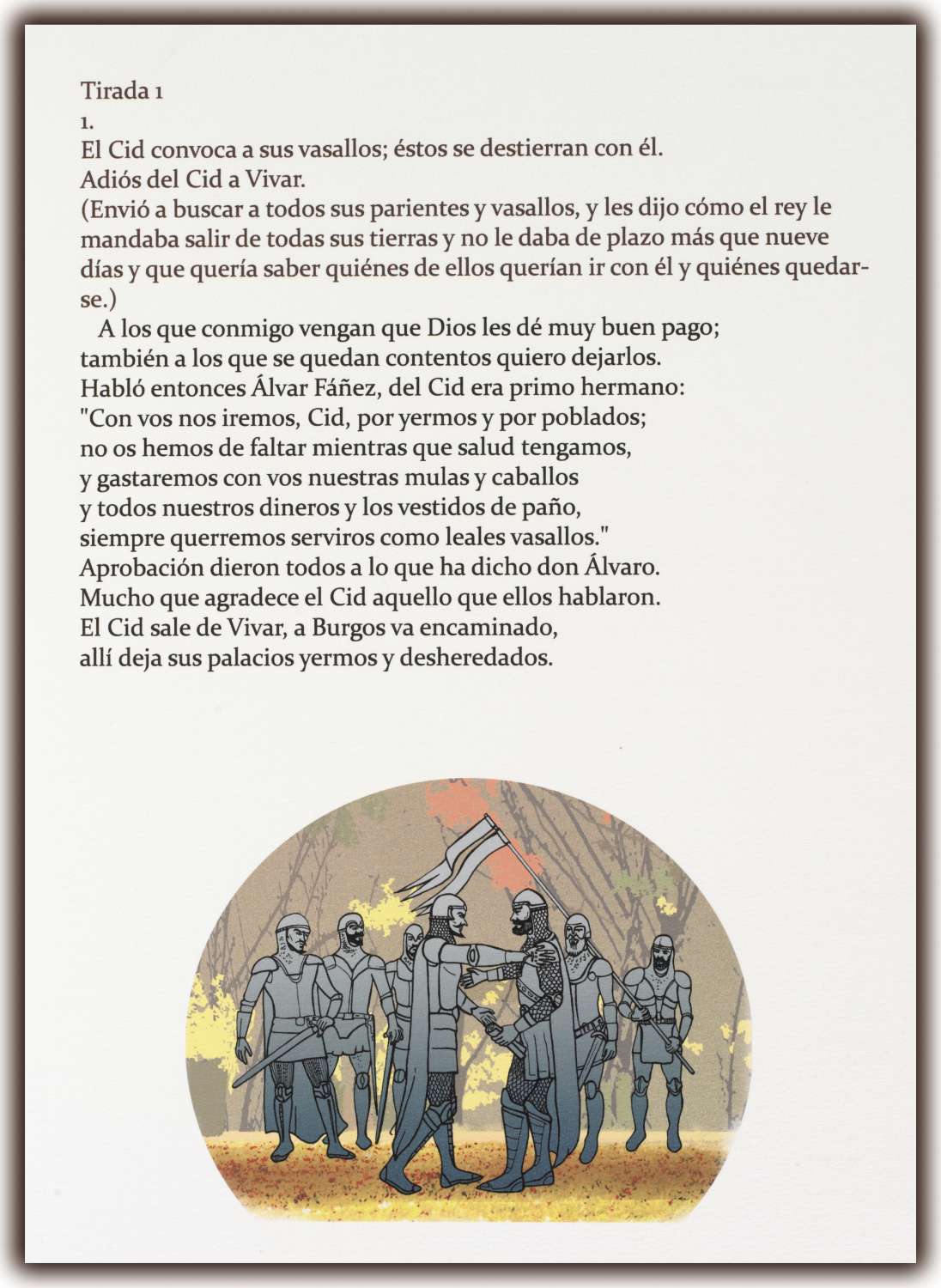 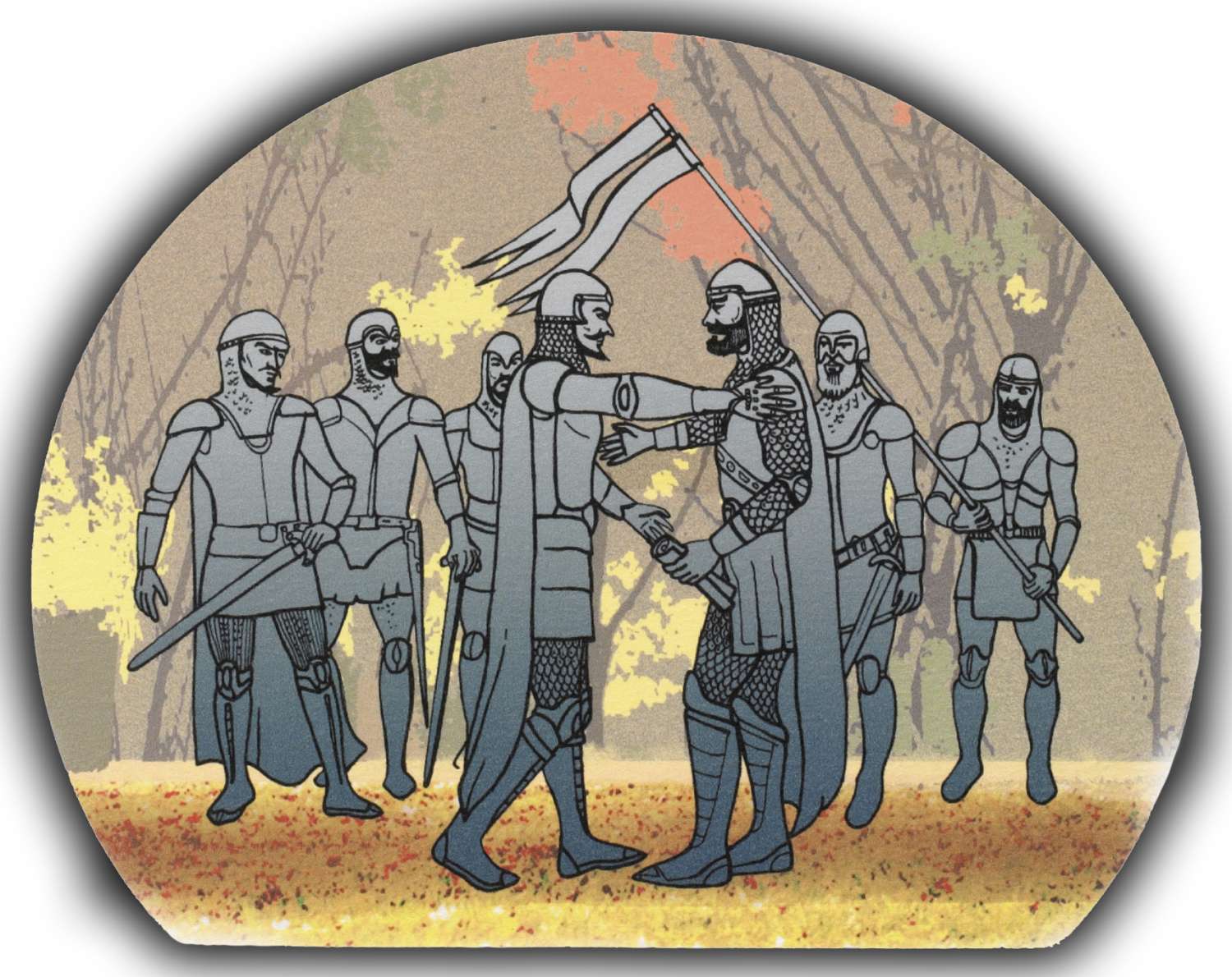 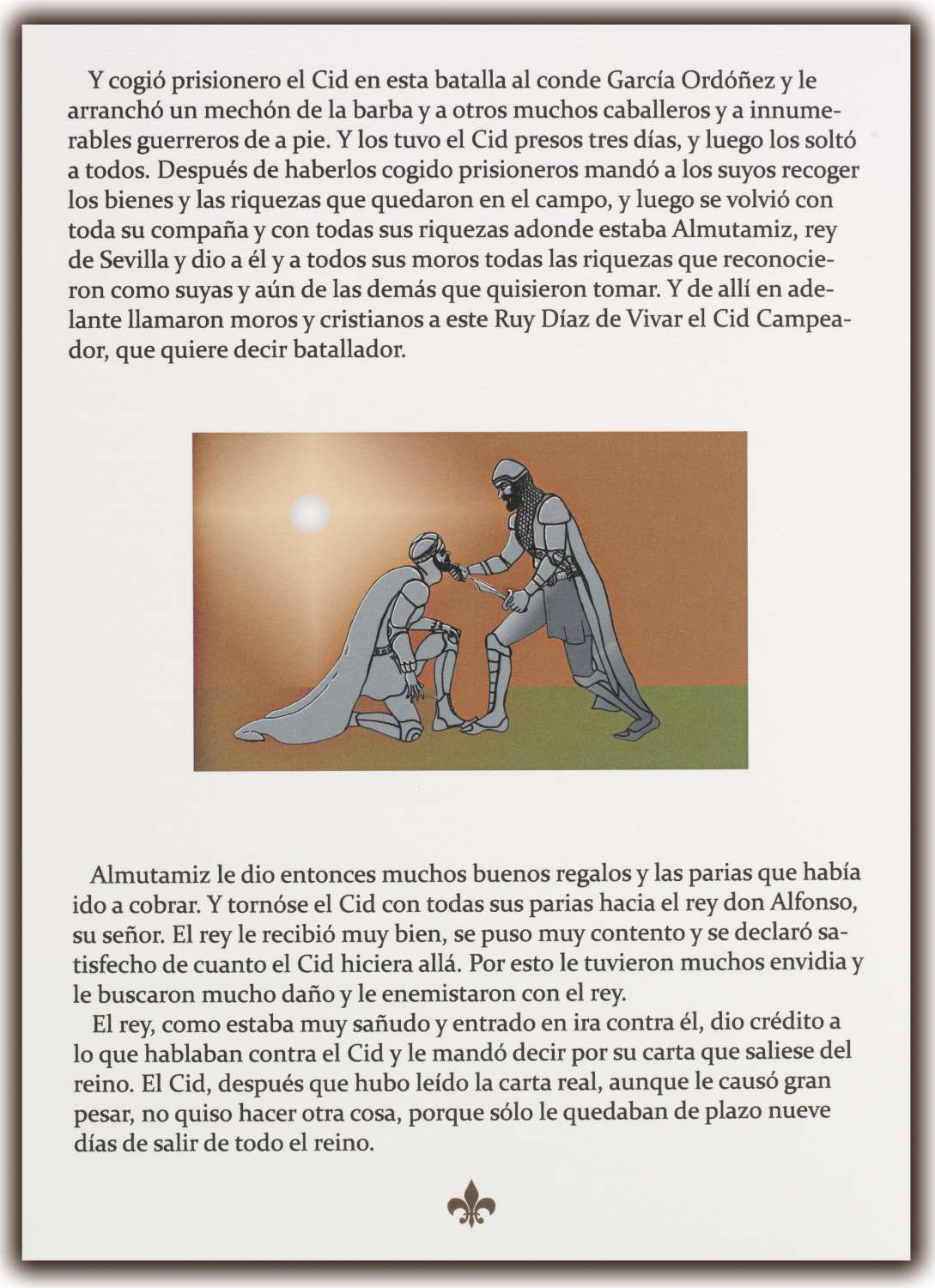 Alberto Montaner Frutos, Hispanic philologist, historian and Arabist, specialised in medieval literature and history and Cidian studies, has been the moderniser and consultant for this unique work of Spanish-language literature, Song of the Cid. An epic poem that recounts the heroic exploits of the noble Rodrigo Díaz Vivar, “El Cid Campeador”, it is the leading narrative work of the 12th century written in the Spanish language. Jorge Perellón is the artist who has created the illustrations. Contents Exile Leaving Burgos Leaving Castejón The charge of Pedro Bermúdez Eat, my earl The weddings Admiring Valencia from the tower The meeting The scaffold The affront El Cid leads the lion Insult in Robledo The court The jousts Map of the Song of the Cid
More than hundred illustrations and fifteen original engravings and embossed seals. Various techniques have been used to make the plates: etching, aquatint, mezzotint and soft ground. Hand-stamped using an etching press. Printed on 240 gm Rigoletto paper; the engravings use 350 gm Rigoletto paper. Unique edition numbered and authenticated by notarial act. All of the engravings are numbered and signed by the artist.
Ask for information 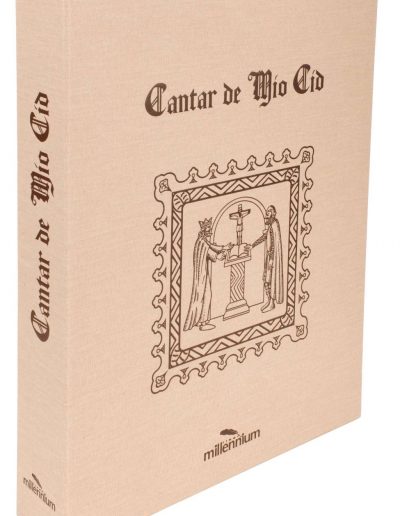 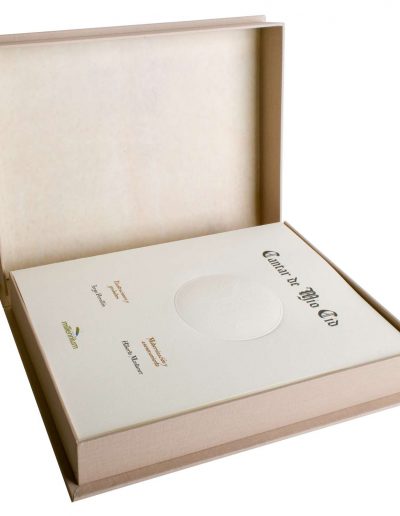 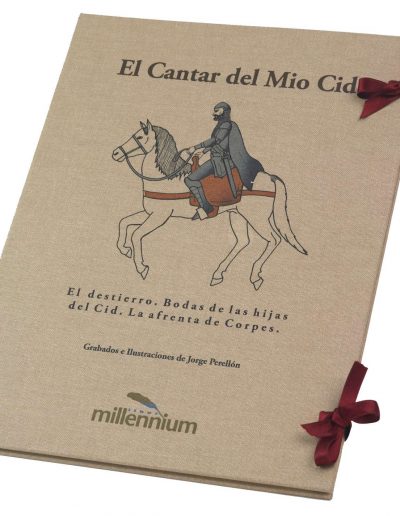 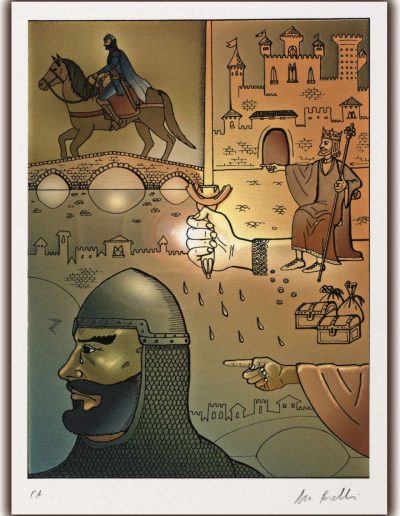 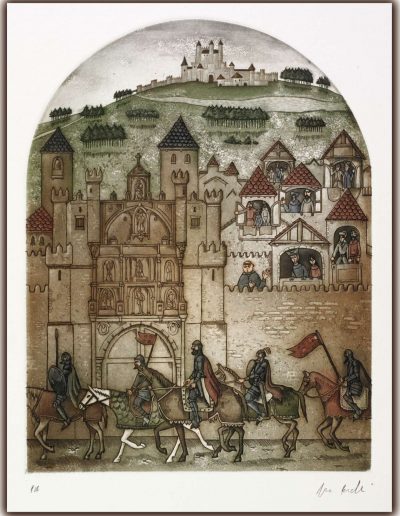 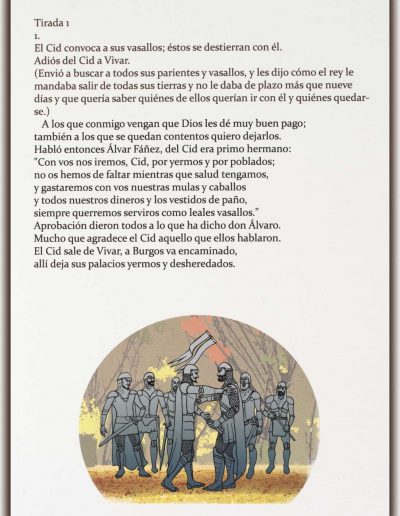 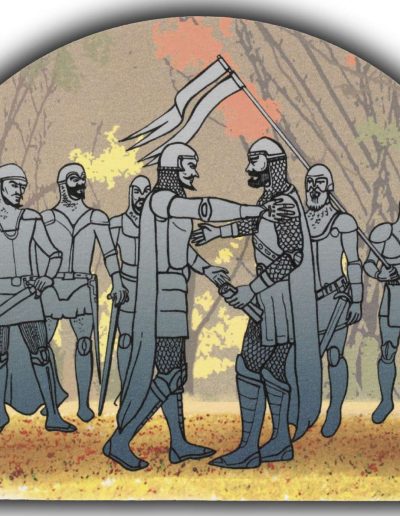 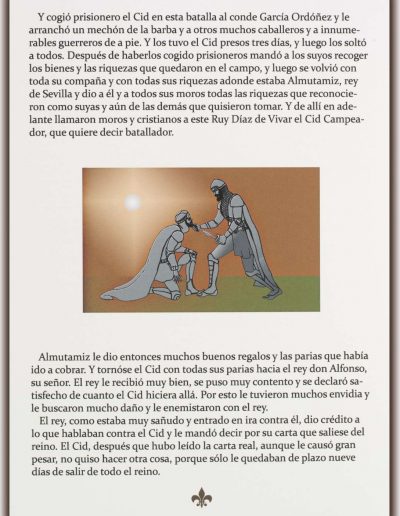