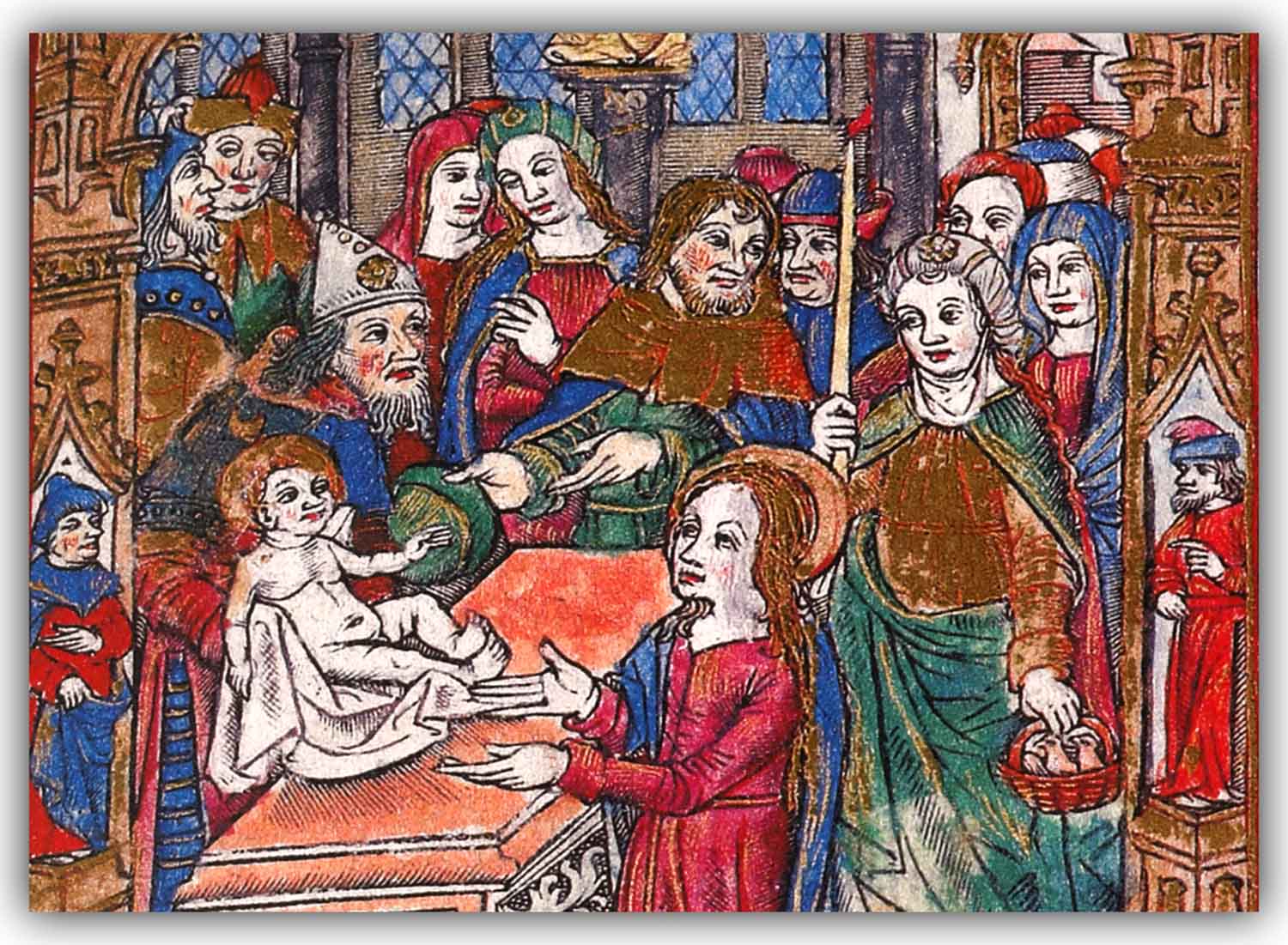 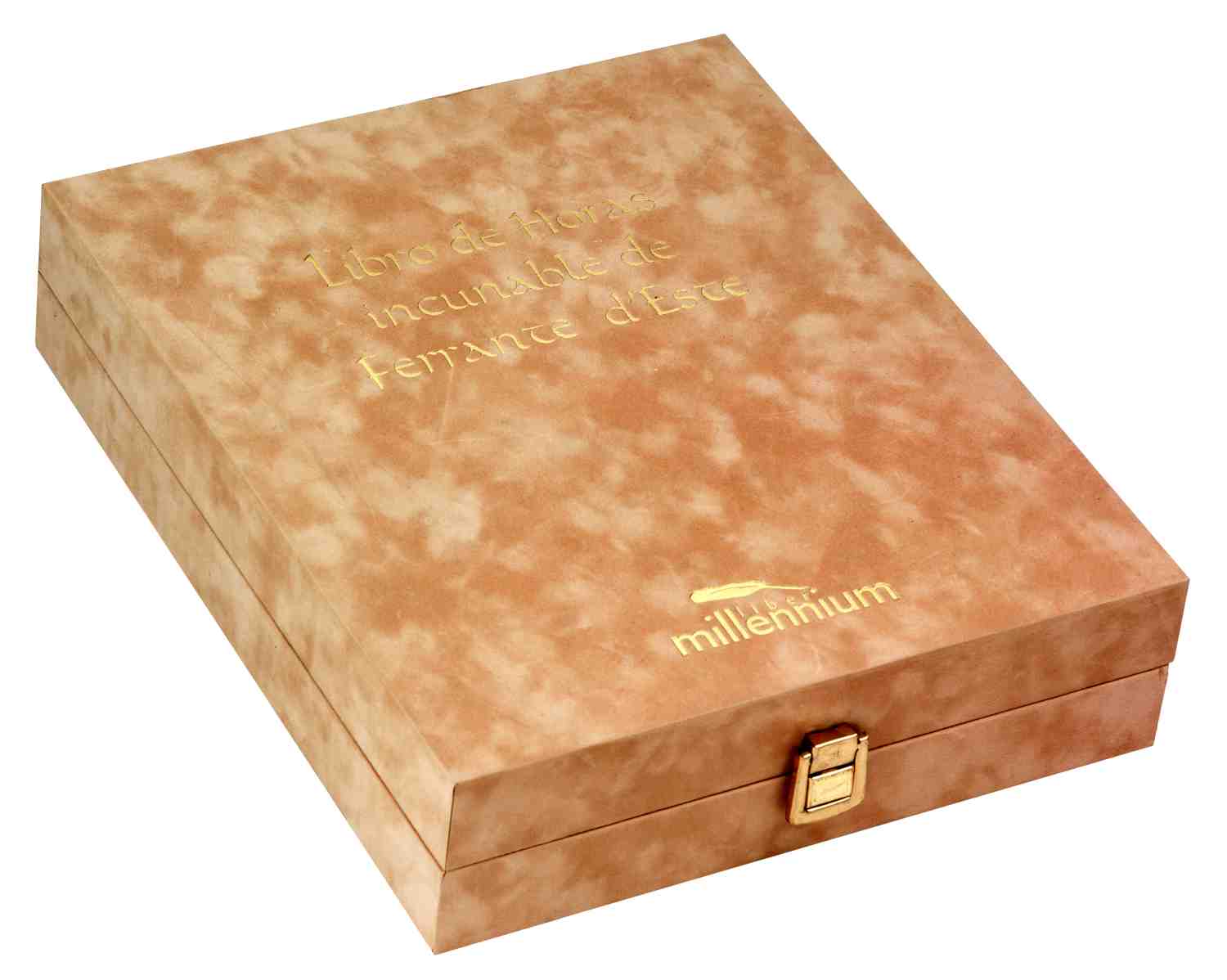 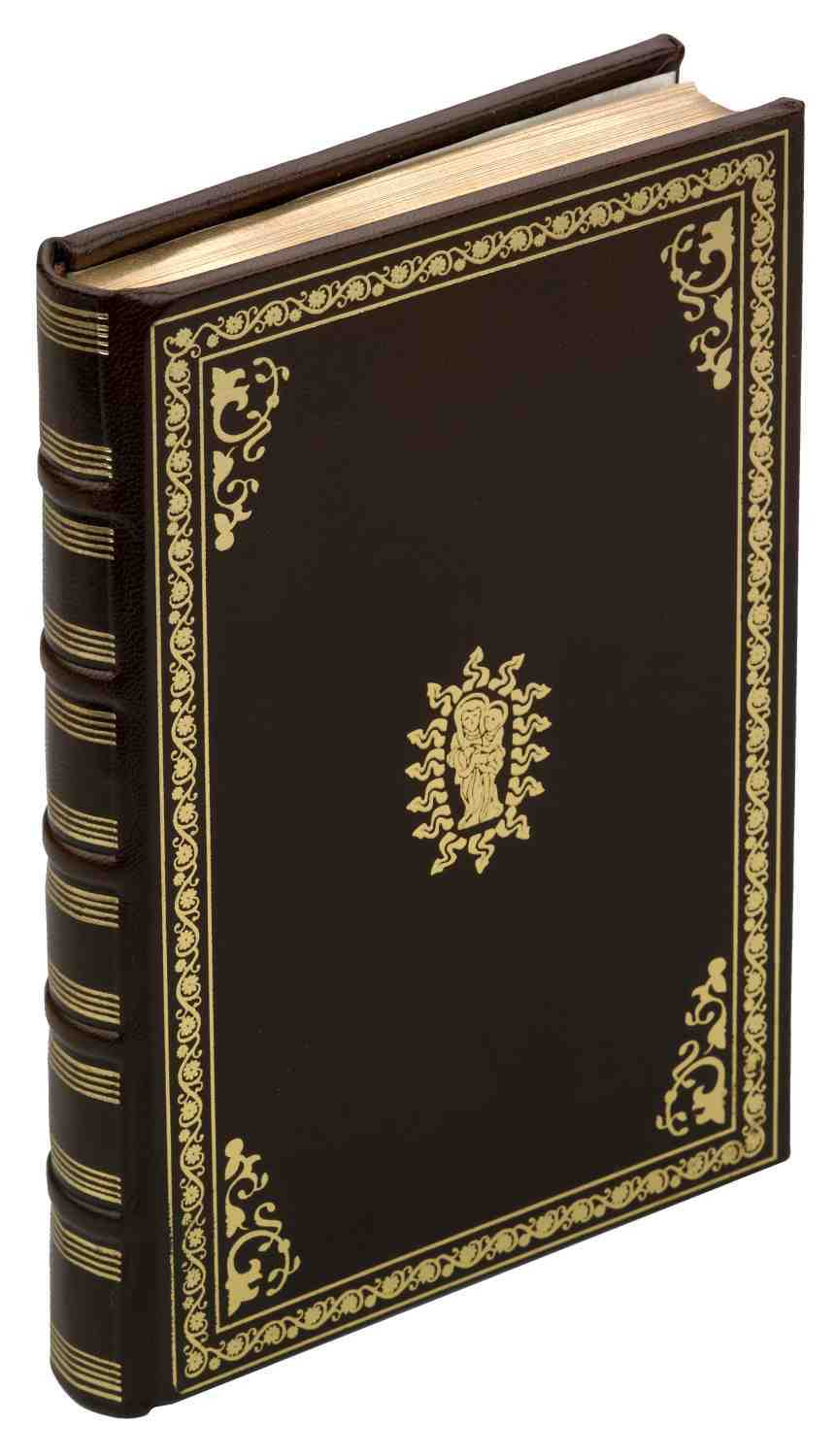 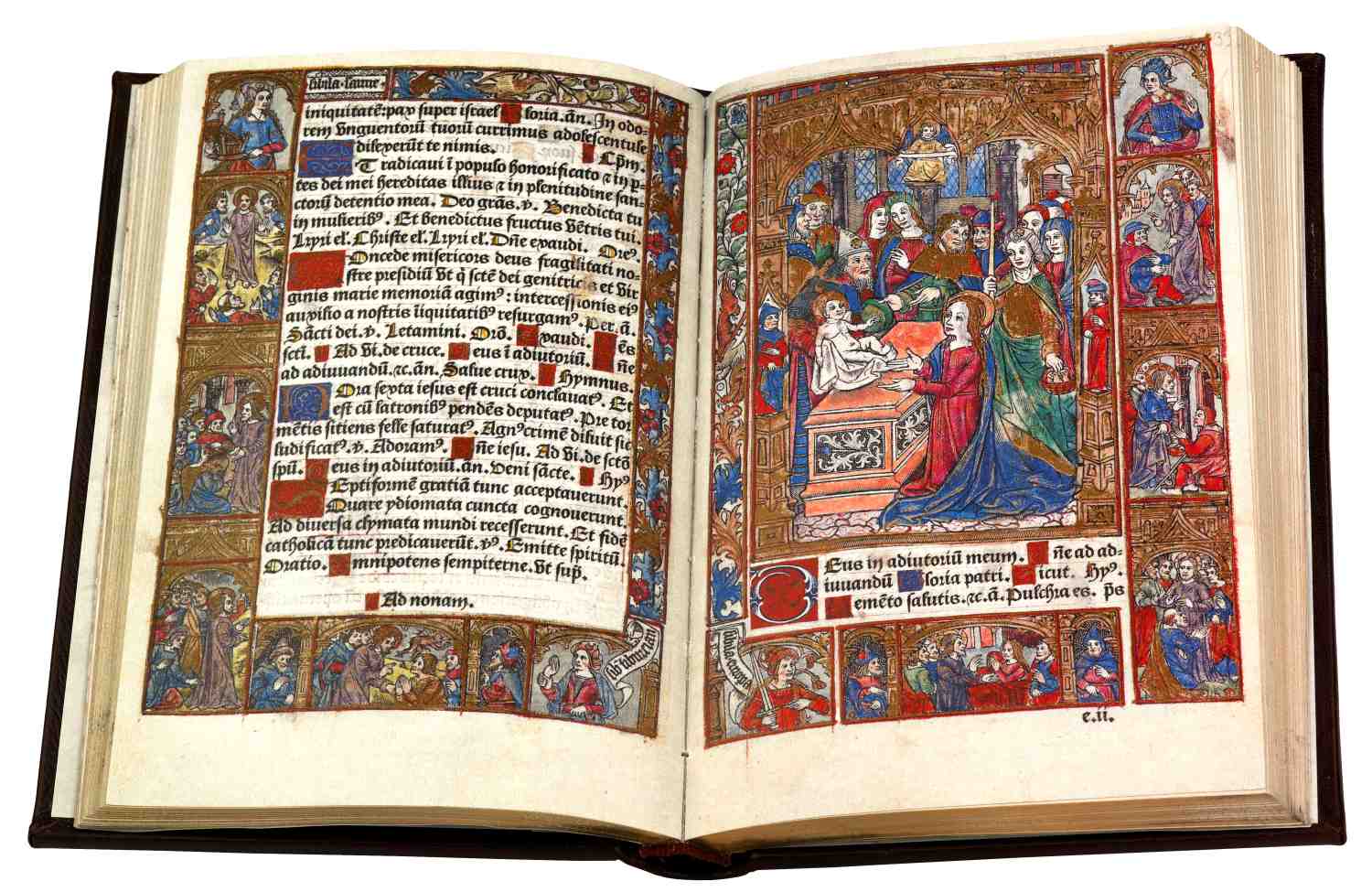 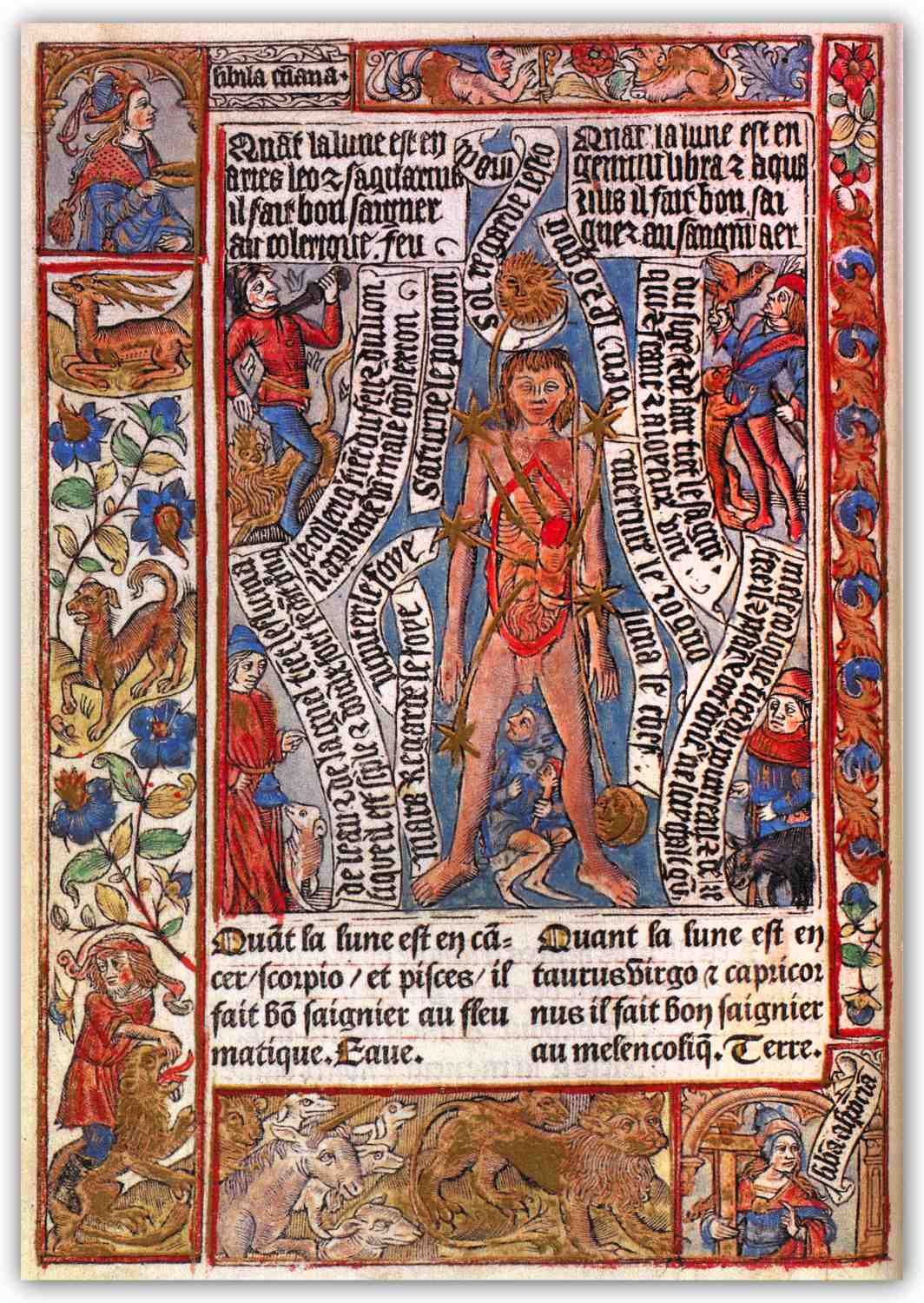 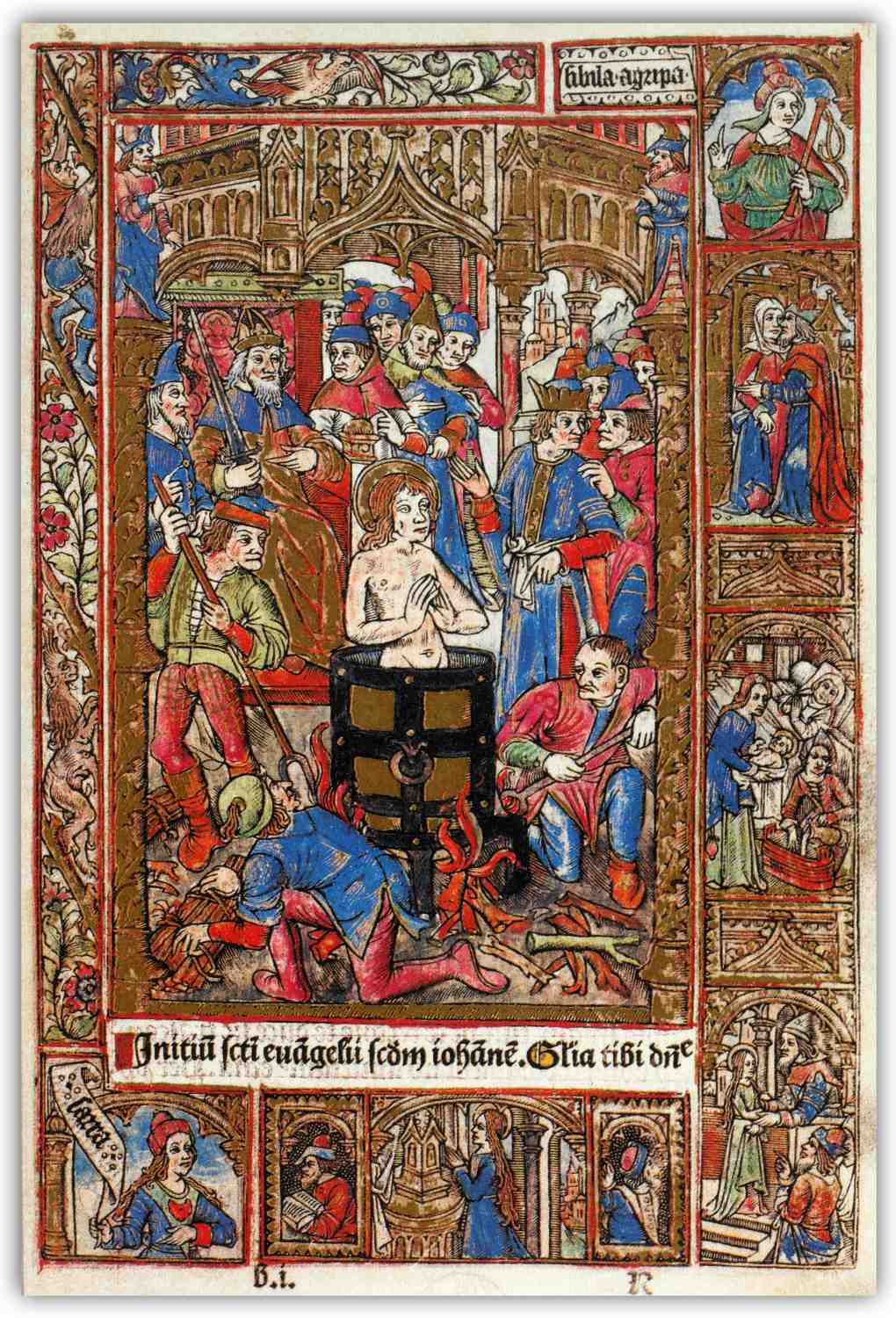 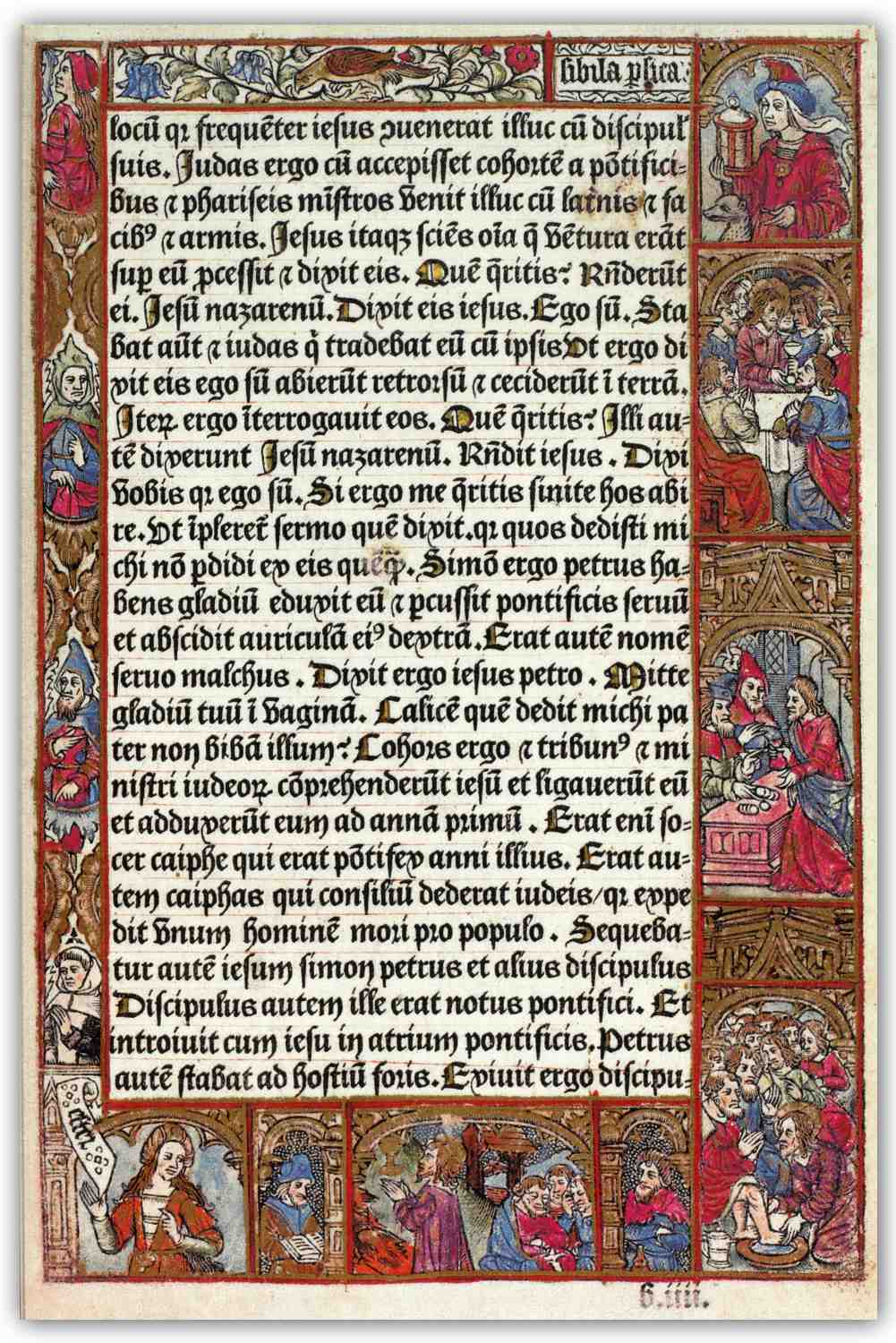 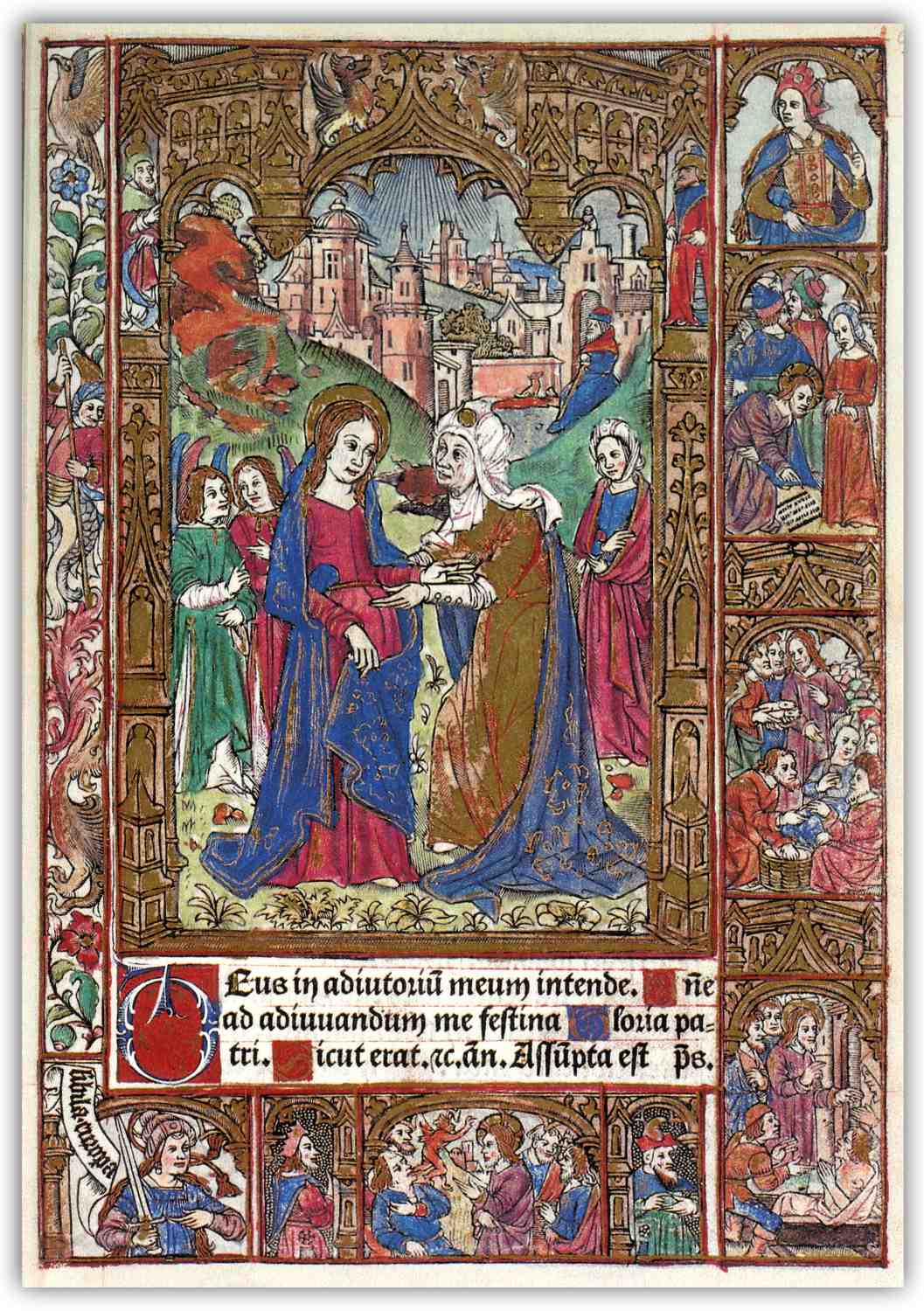 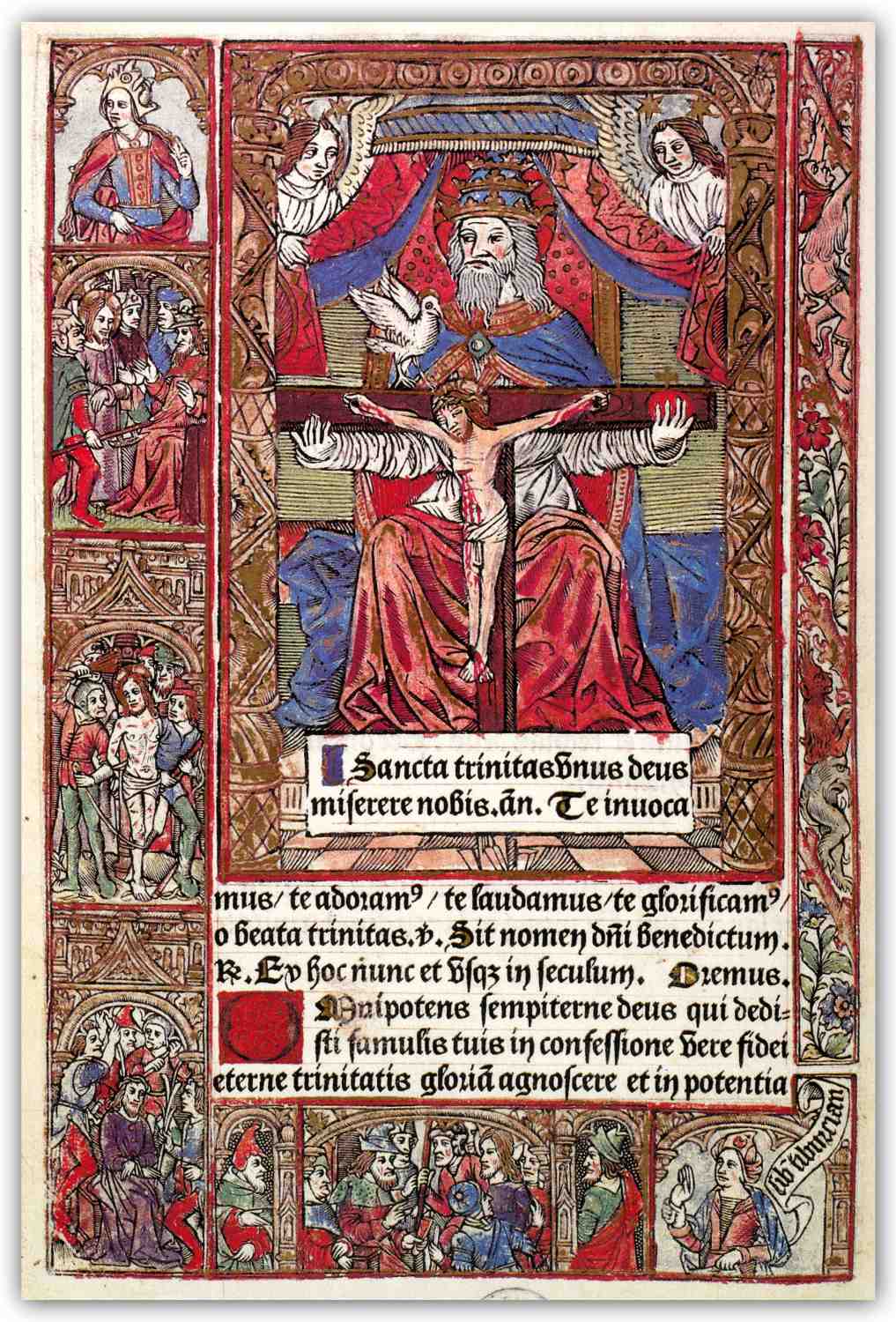 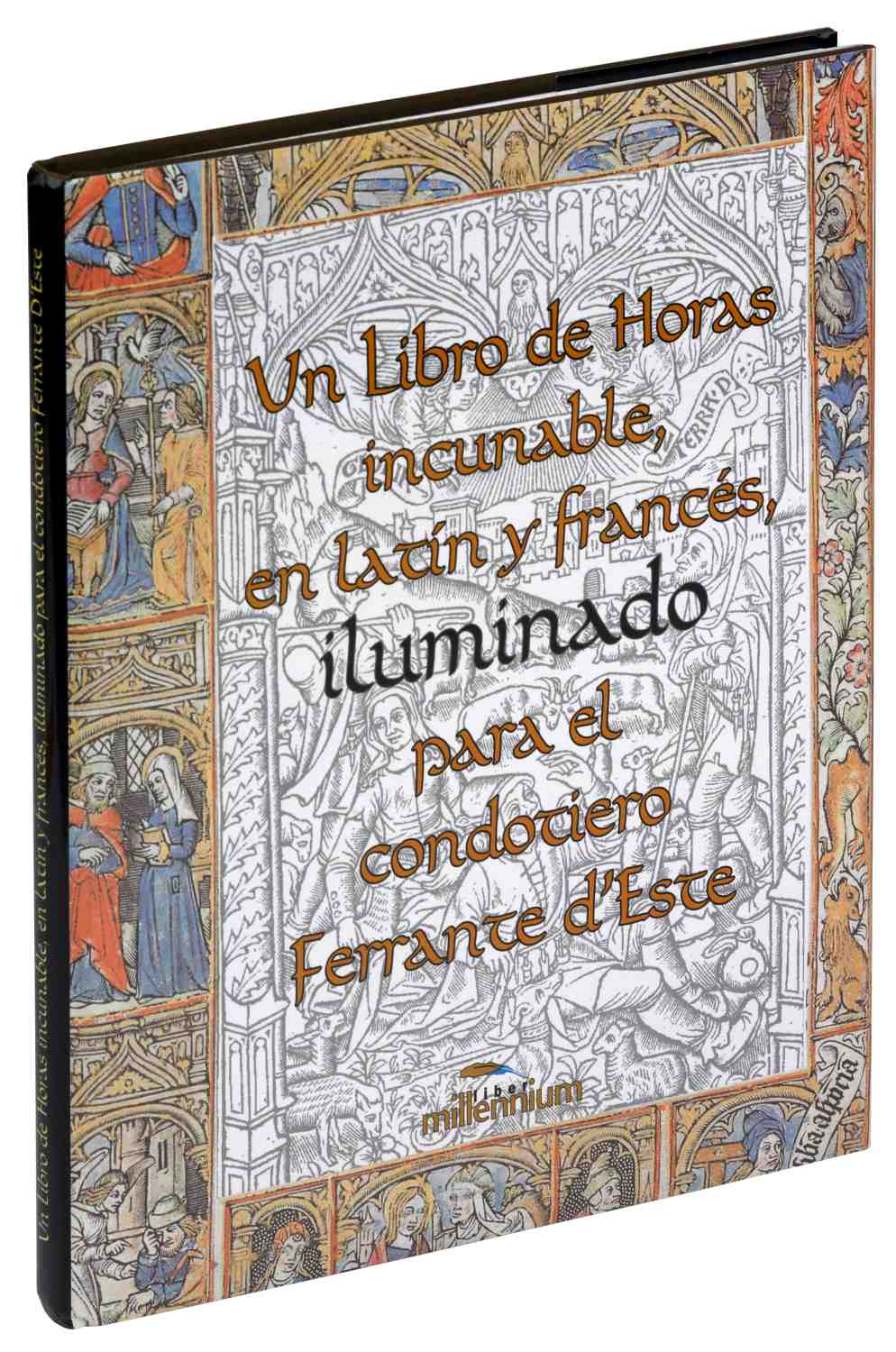 This incunabulum is a very unusual copy of the publication of horae ad usum Romanum, in Latin and French, for which the printing was completed on 20 August 1496 in the Parisian workshop of Philippe Pigouchet, to a commission from the bookseller and publisher Simon Vostre. As in the case of manuscript books of hours, this is a collection of offices and prayers for secular use. Being an incunabulum Book of Hours, it reflects a unique selection typical of a time of transition: that is to say, it was in the second half of the 15th century that the existence of devout compositions began to increase. The presence of text in two languages responds to that situation. All the essential texts are present, several of those considered secondary while not lacking a curious sampling of accessory texts, as this colourful group is classified by the best experts in this type of book. The individual prints and the frames are finely coloured. This is, then, an illuminated incunabulum, without miniatures, which belonged to Ferrando d’Este (1477-1540), son of Ercole d’Este (1431-1505), who took part in the plot of 1505, together with his brother Giulio (natural son of the Duke) and against another brother, Alfonso I d’Este (1476-1534), the successor, Duke of Ferrara, Modena and Regio, and who, as a consequence, after being condemned to death, remained in prison for the last 34 years of his life.
Original preserved in the National Library of Spain (signature I 2719). Format of the work: 4 th – 210 x 120 mm. 190 pages. 48 illuminations, 18 of them full page. 182 frames made up of over 1100 pieces of various sizes. Initials in indigo or crimson, capital letters touched with yellow. Special treated parchment paper, of the same weight as the original. Assembled, folded and stitched by hand. Leather bound, with decoration in gold. Studied by Dr. Julian Martin Abad, head of the Manuscripts and Incunabula Department of the National Library of Spain. Facsimile and study volume in an elegant slipcase. Single print run of 995 copies, numbered and authenticated by notarial record.
Ask for information 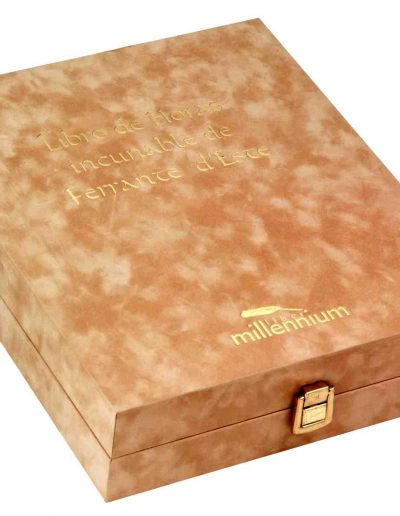 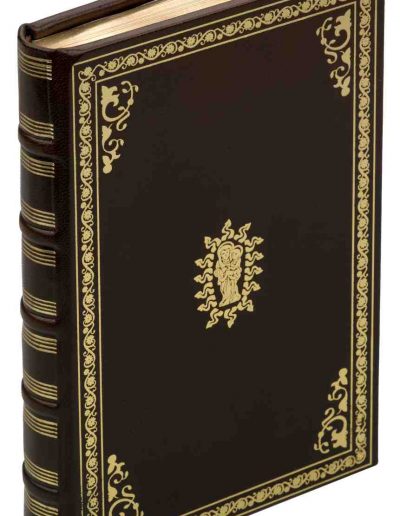 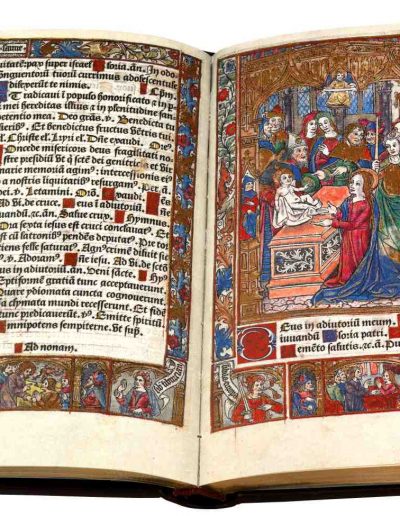 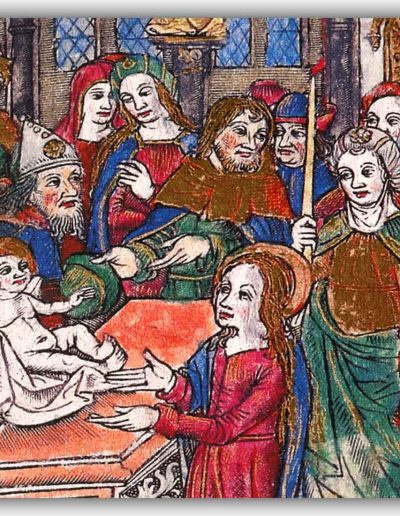 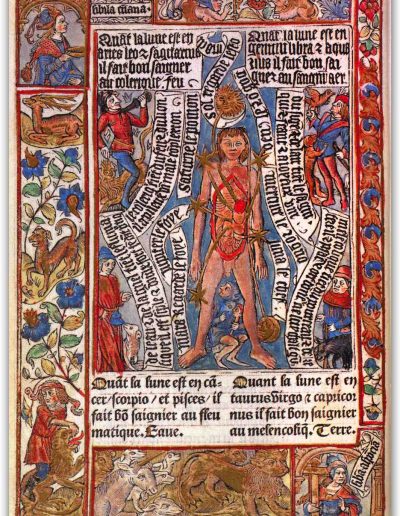 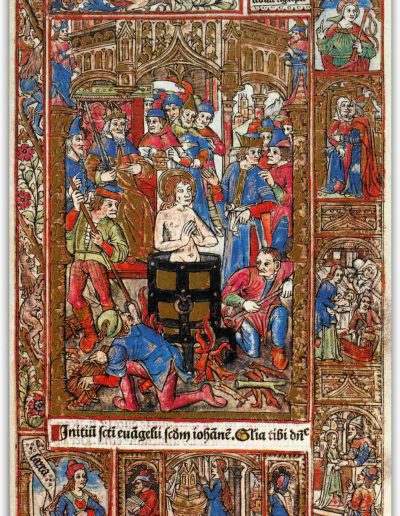 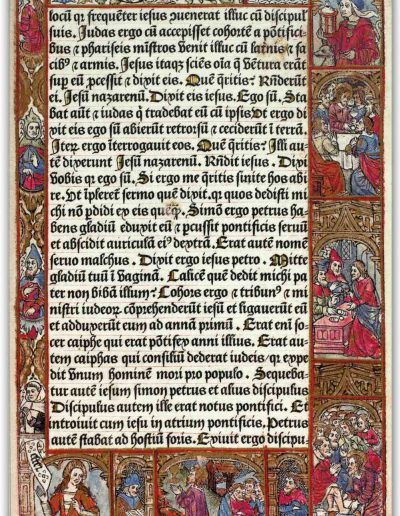 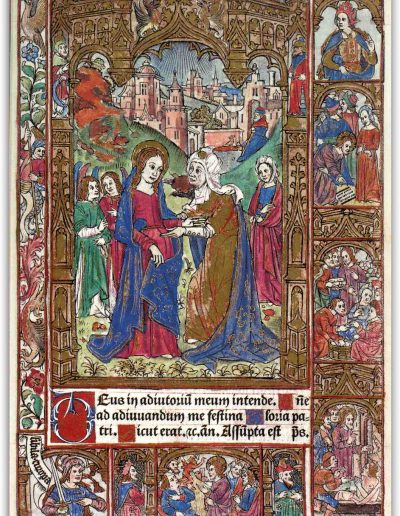 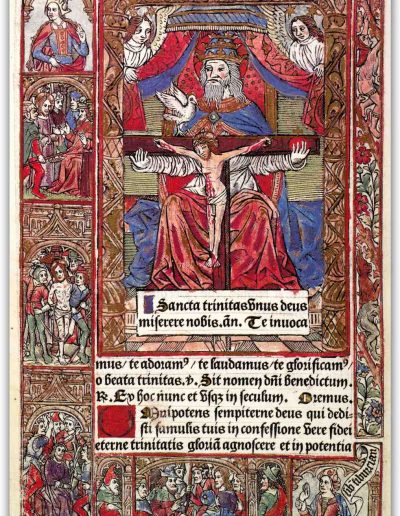 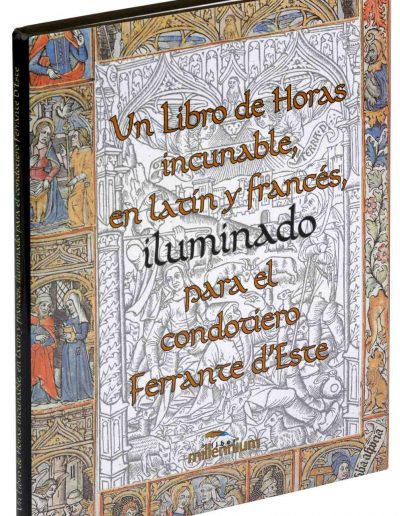