Tree of the Philosophy of Love by Ramón Llull 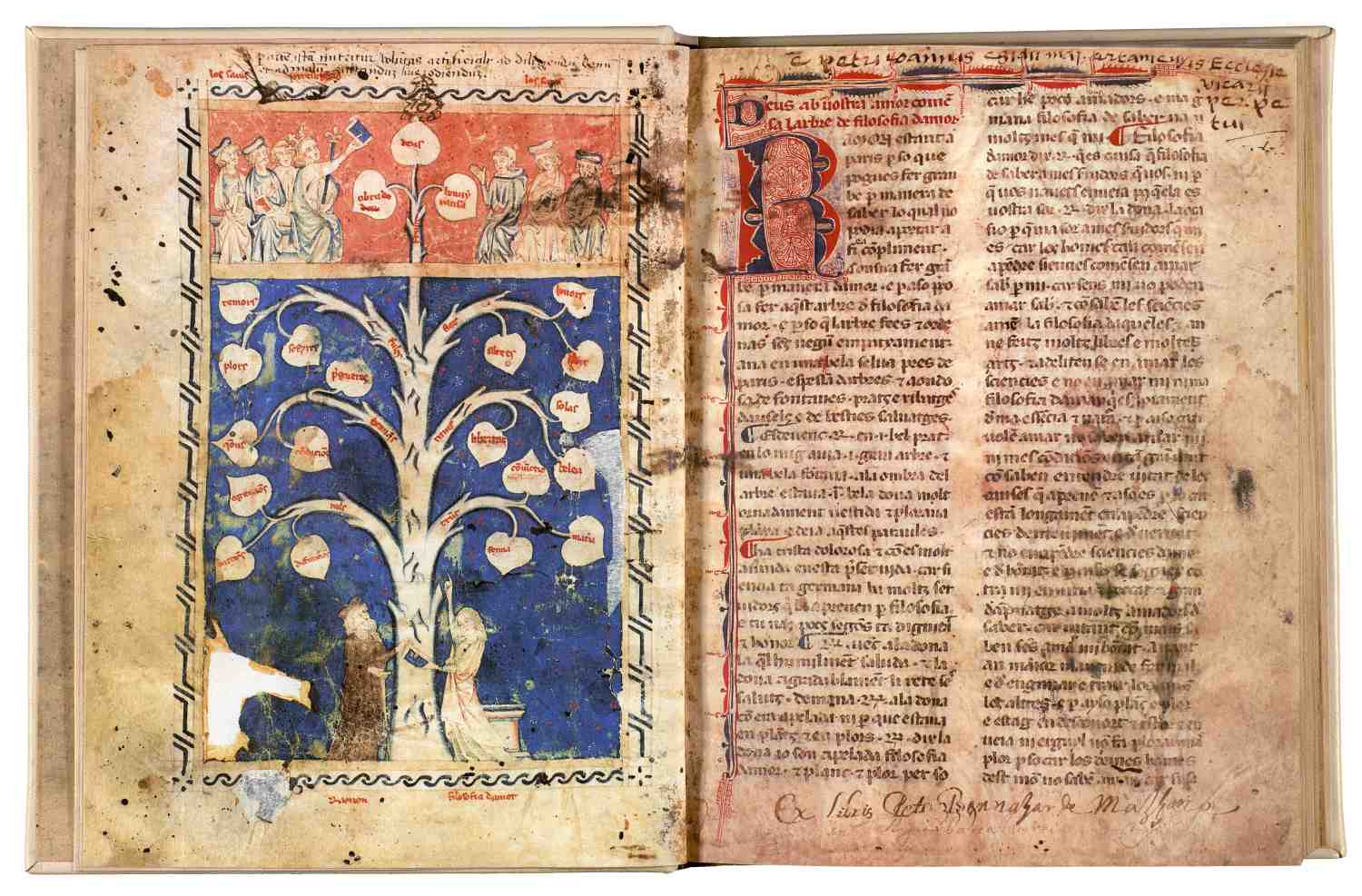 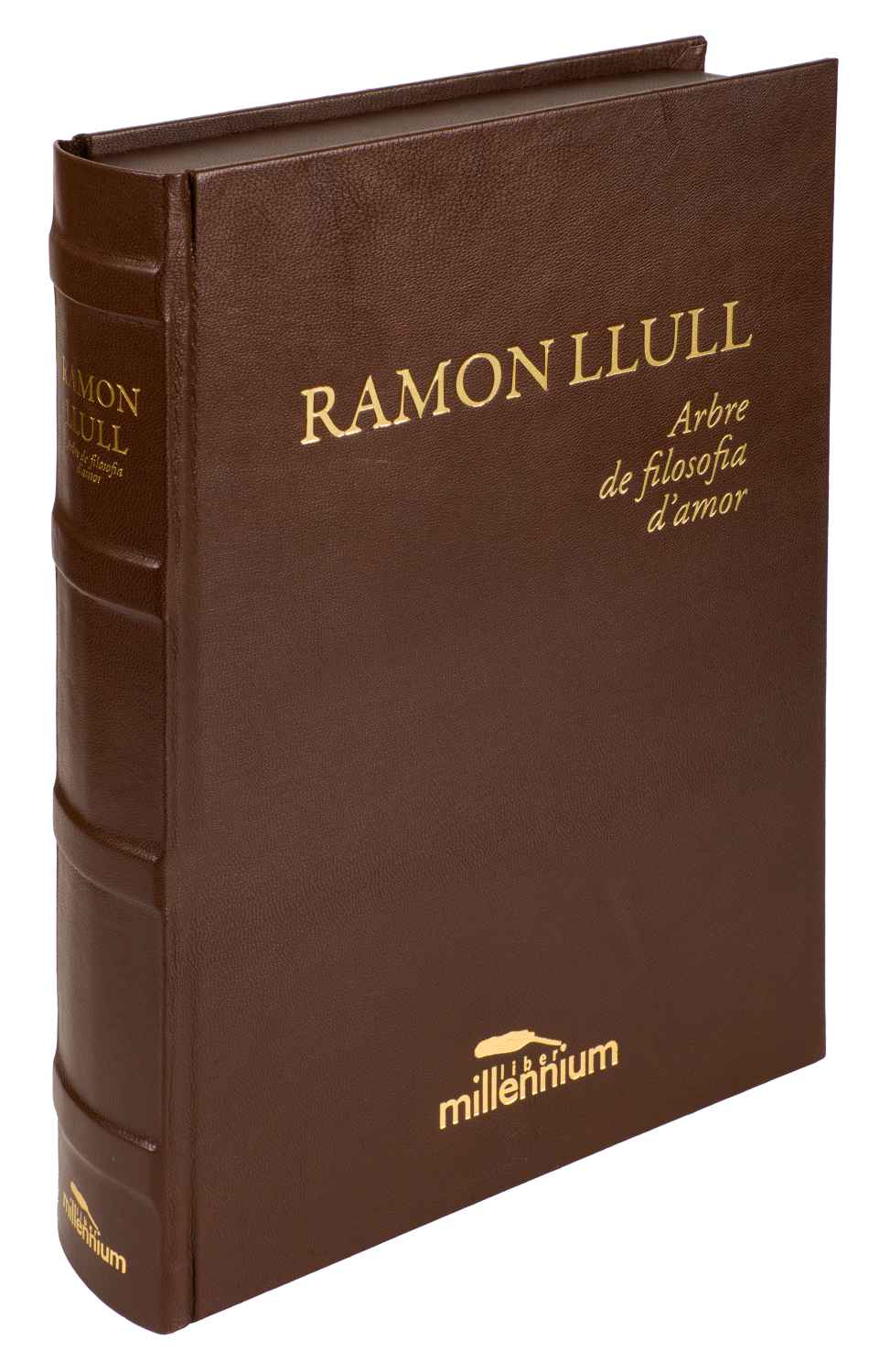 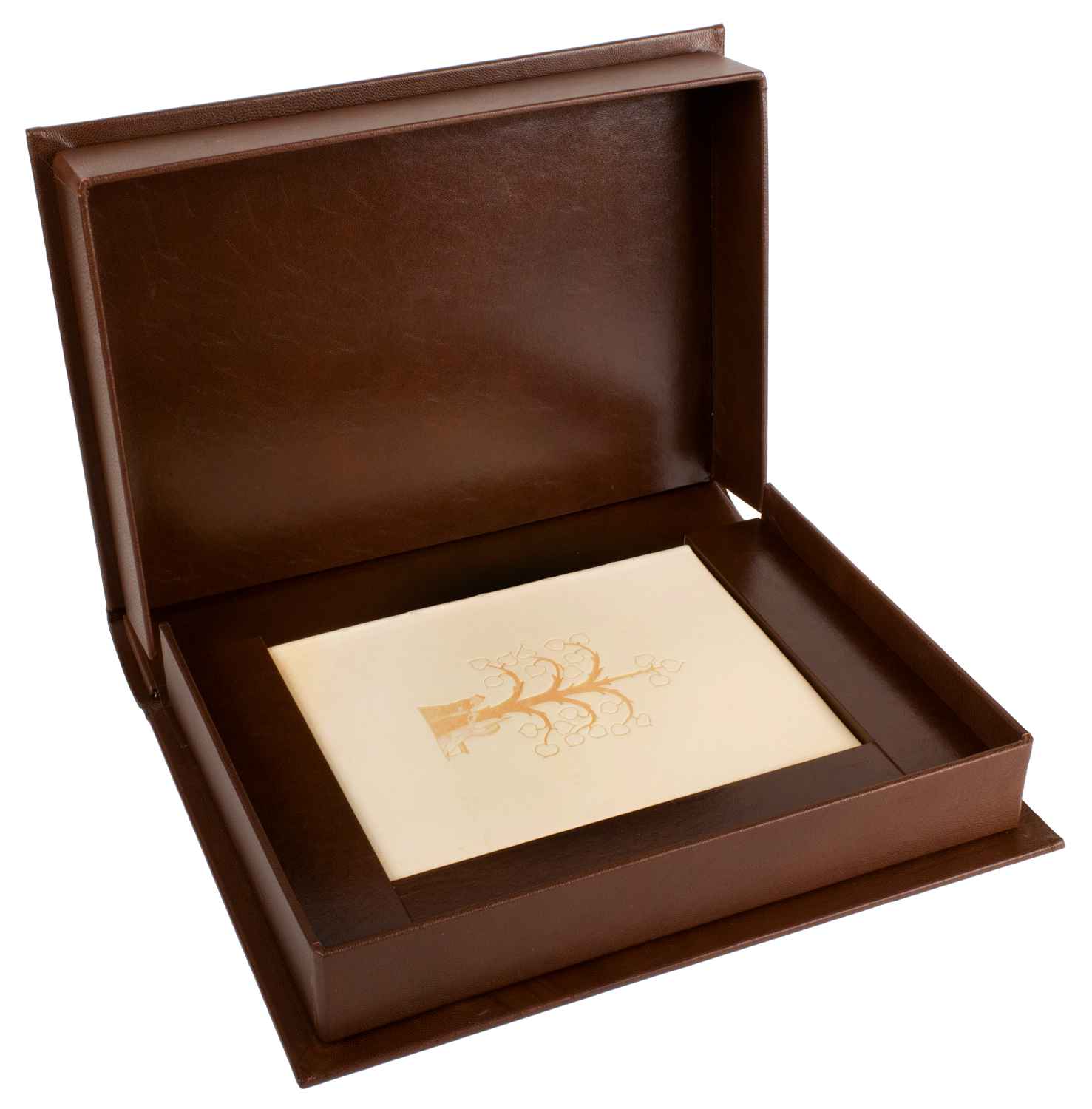 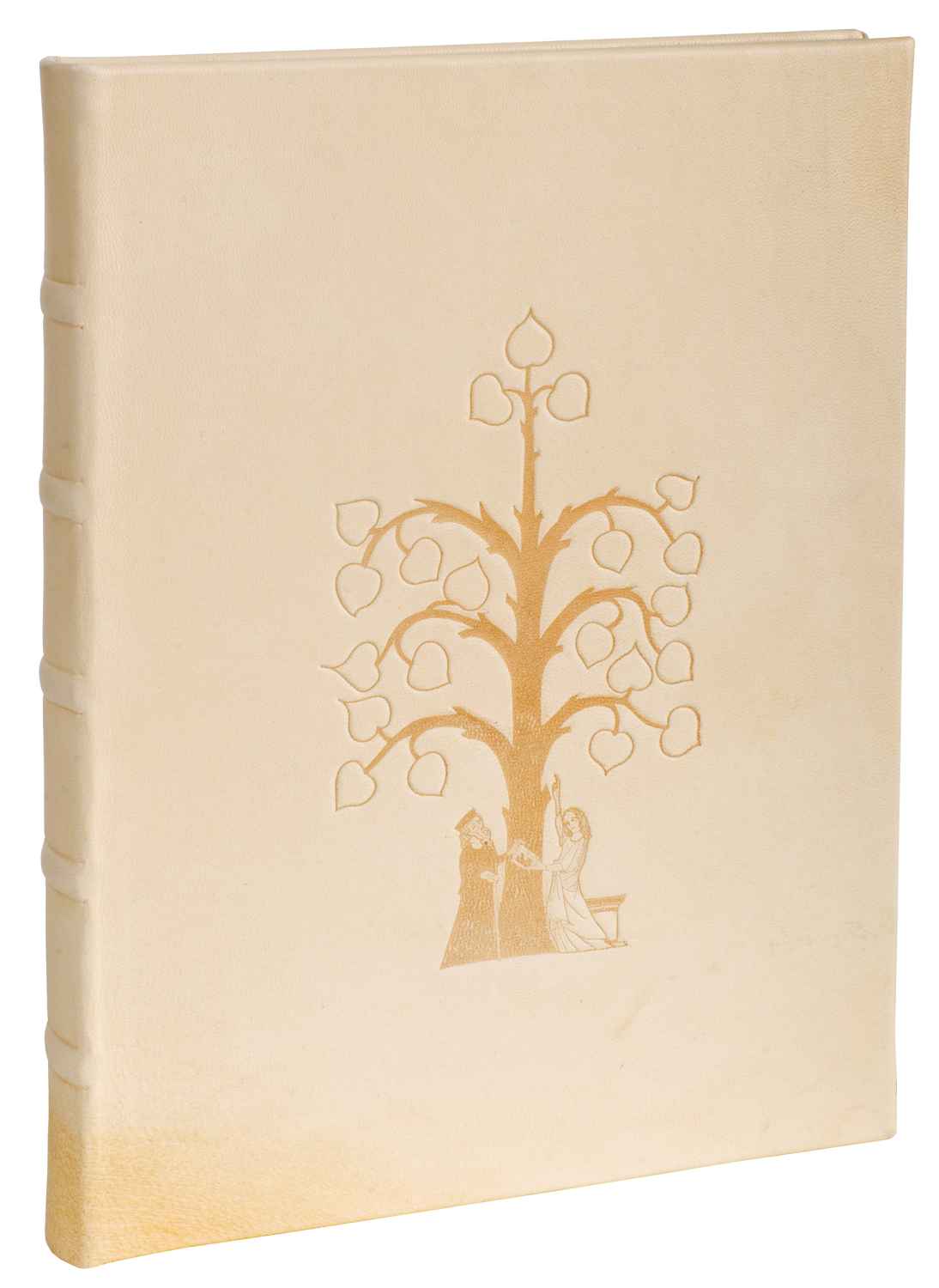 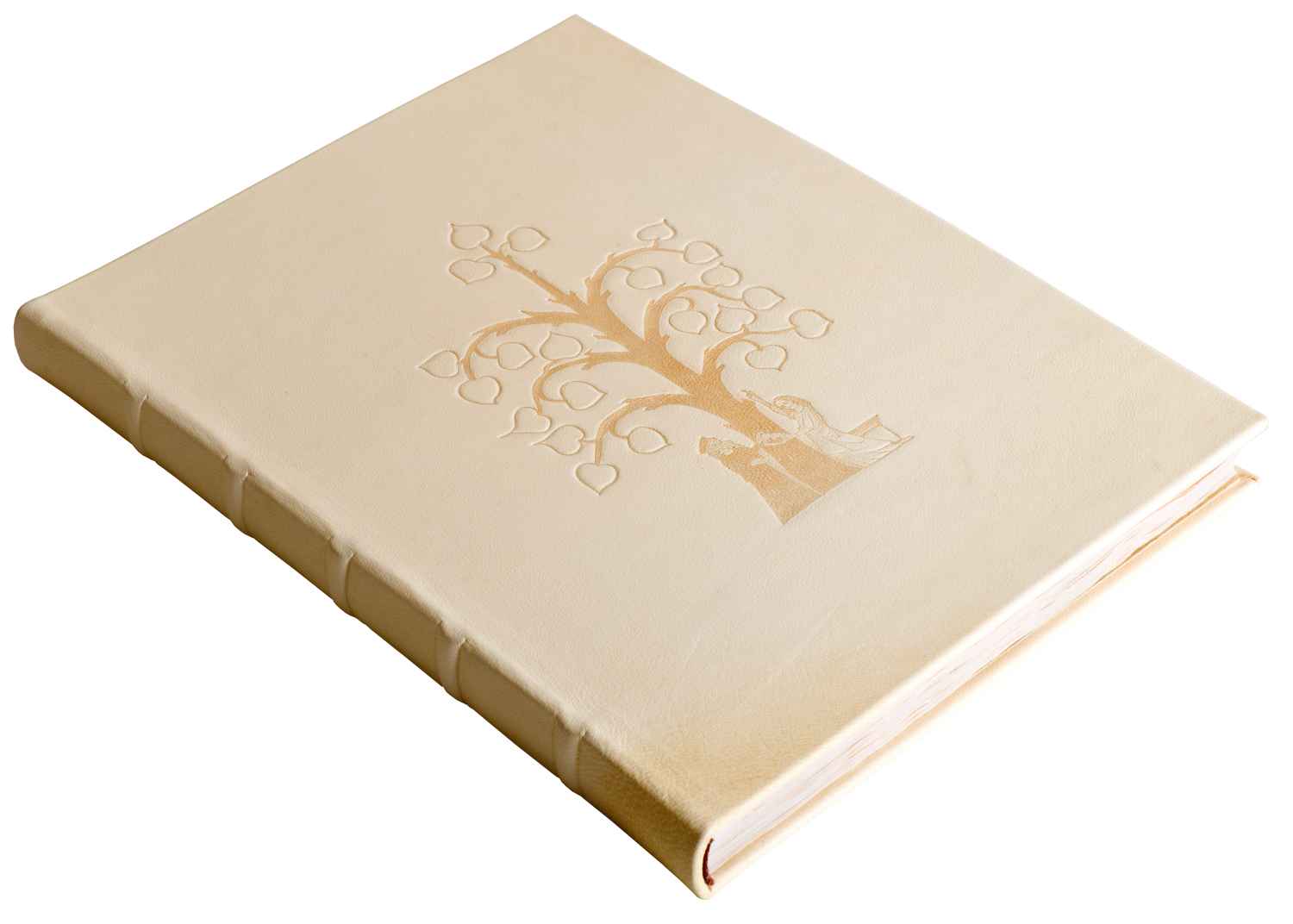 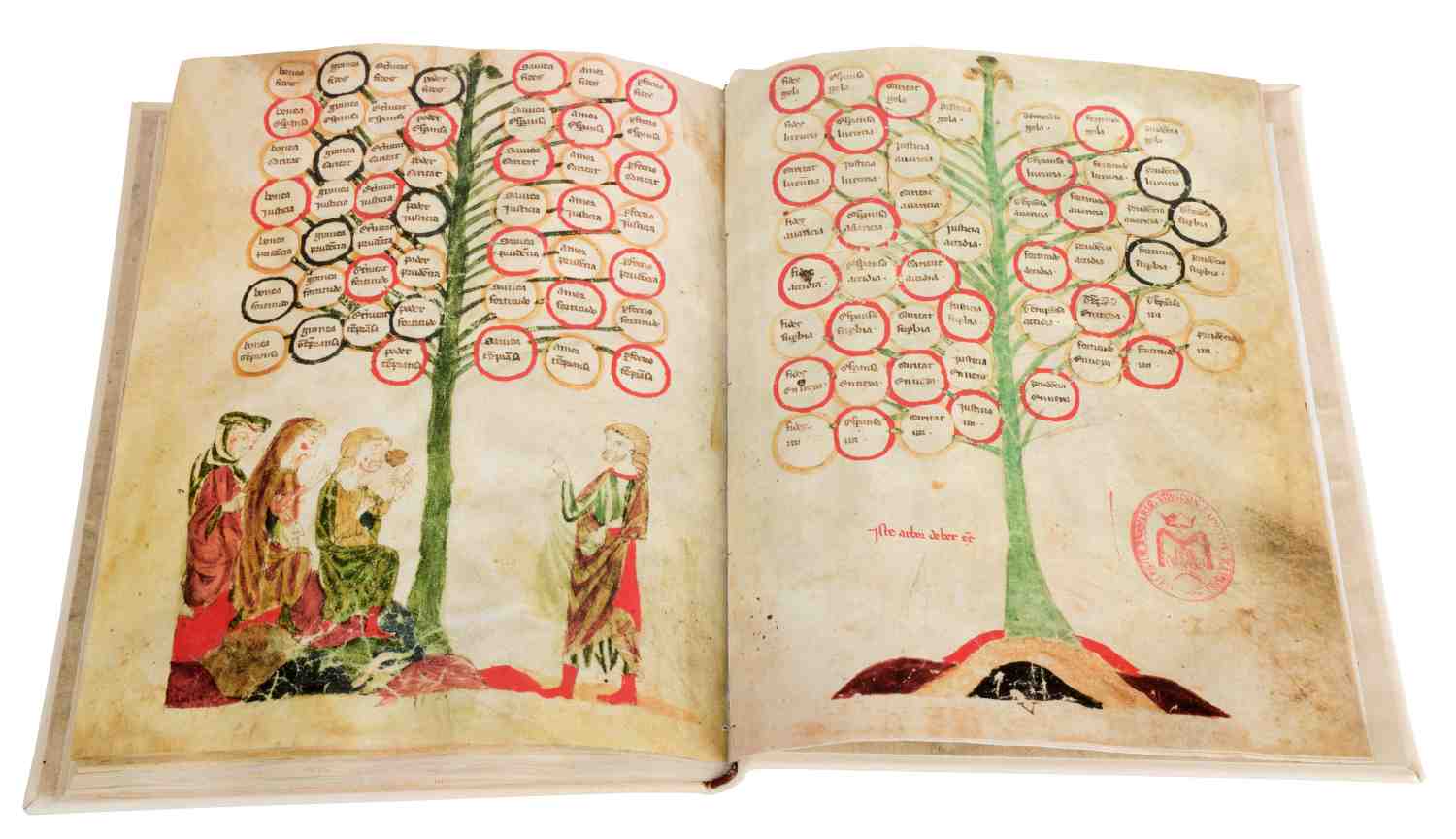 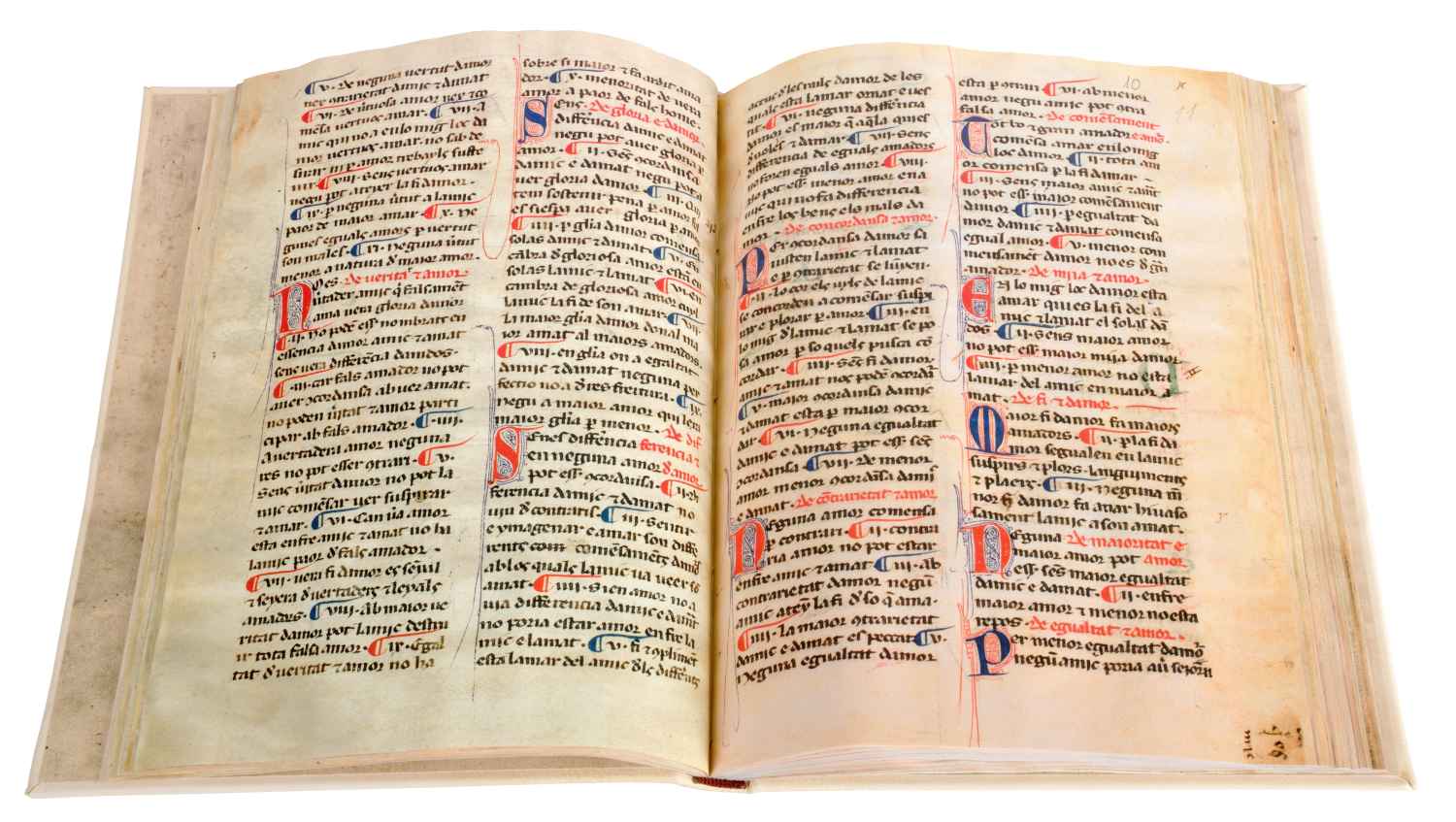 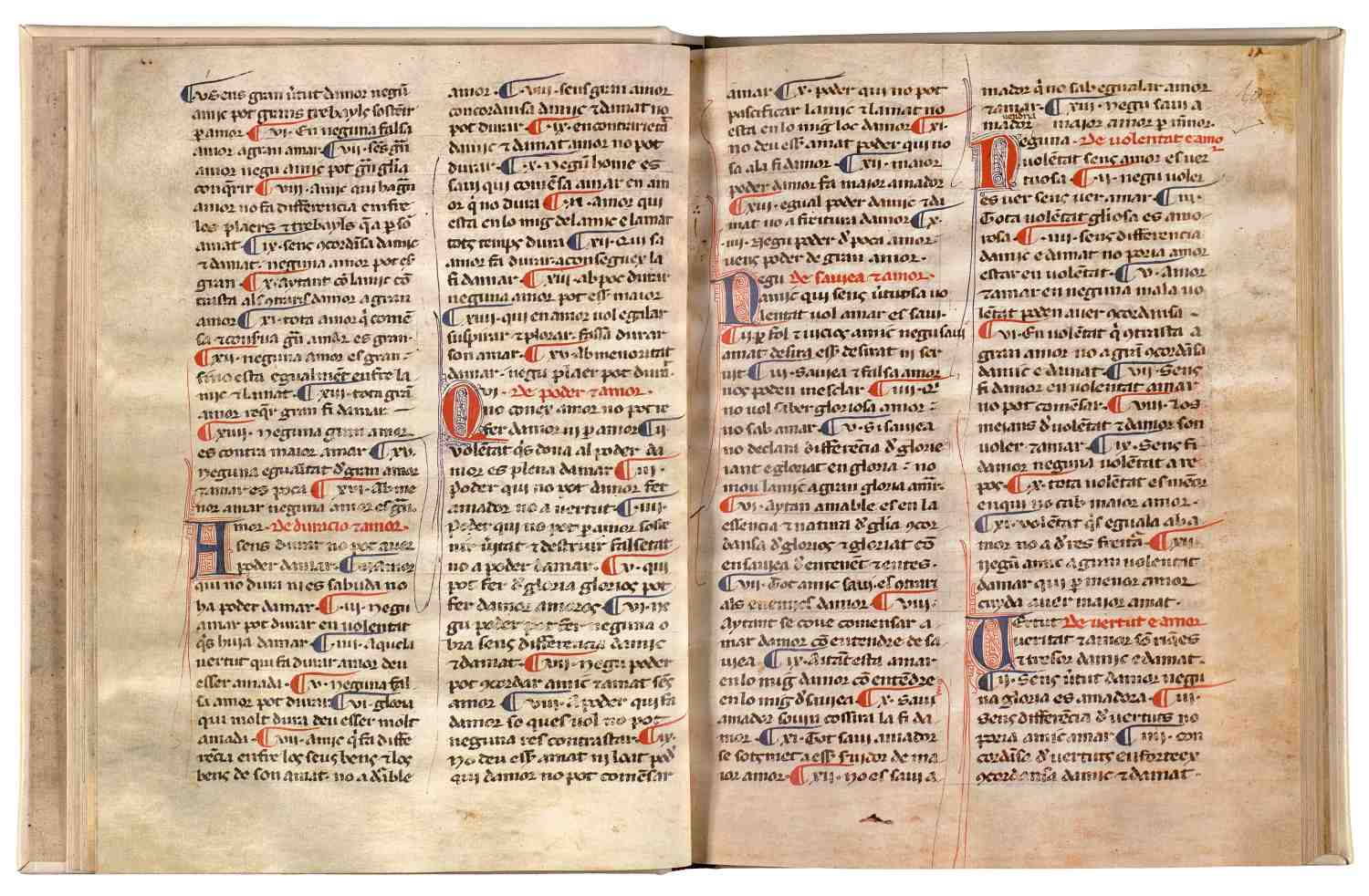 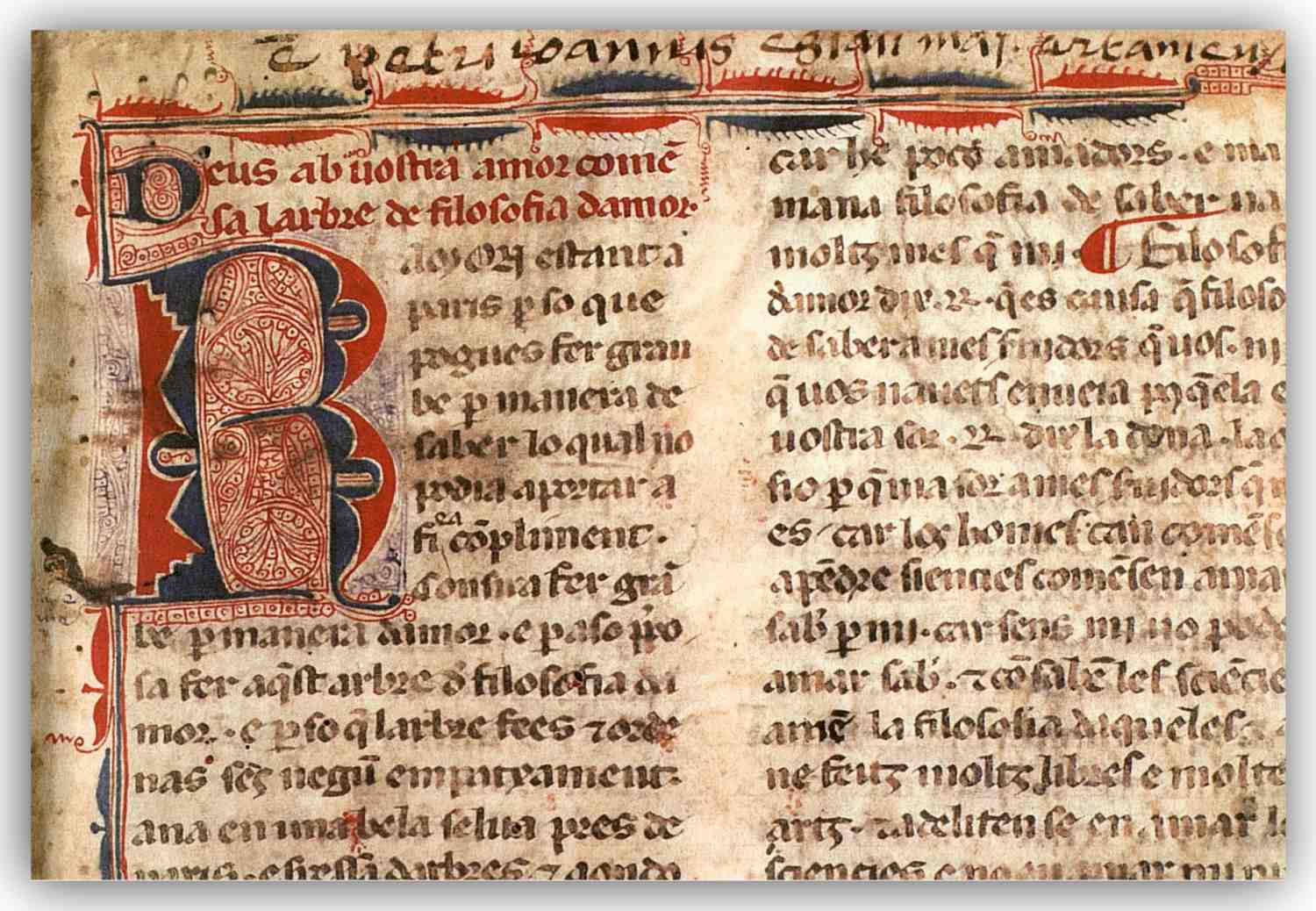 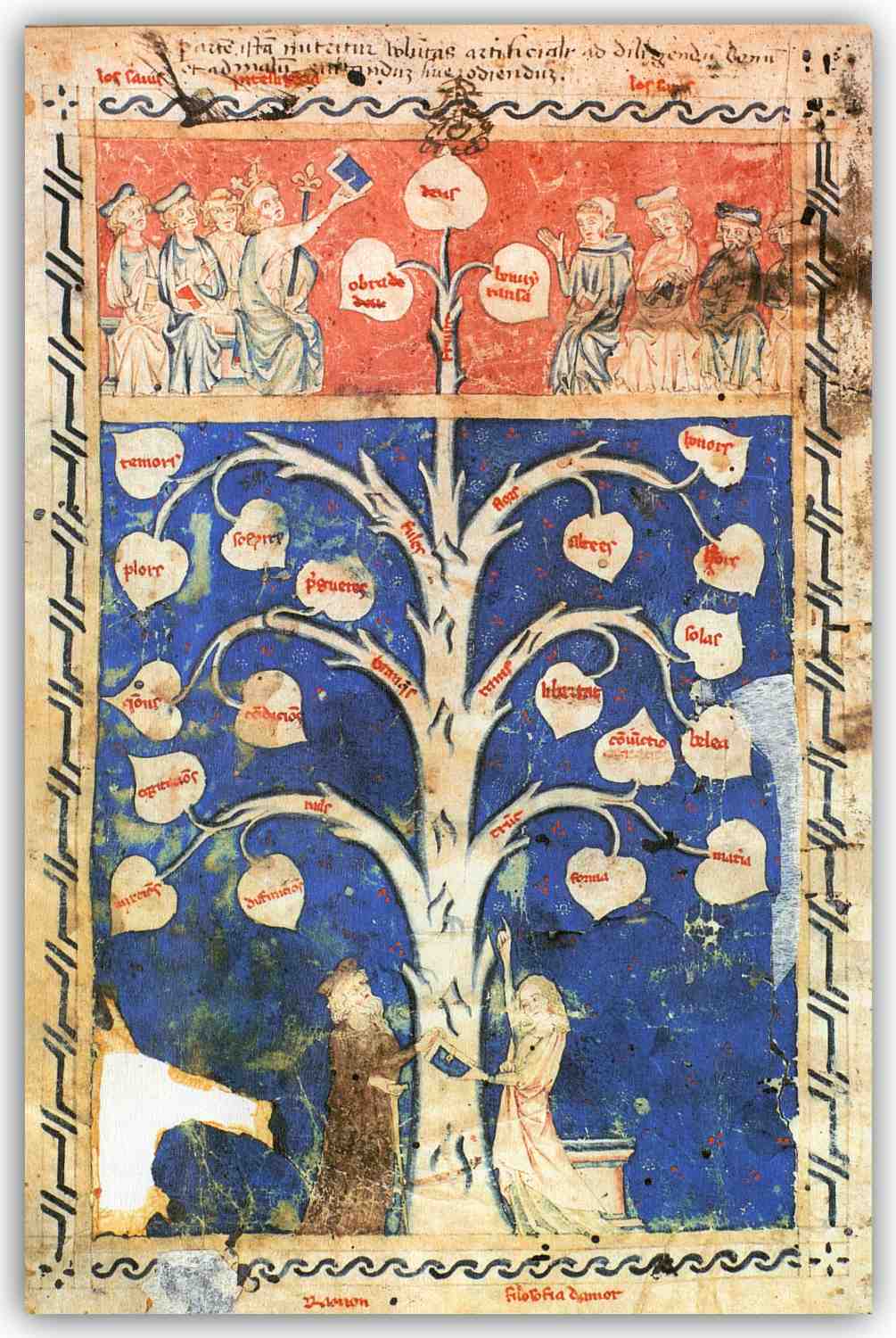 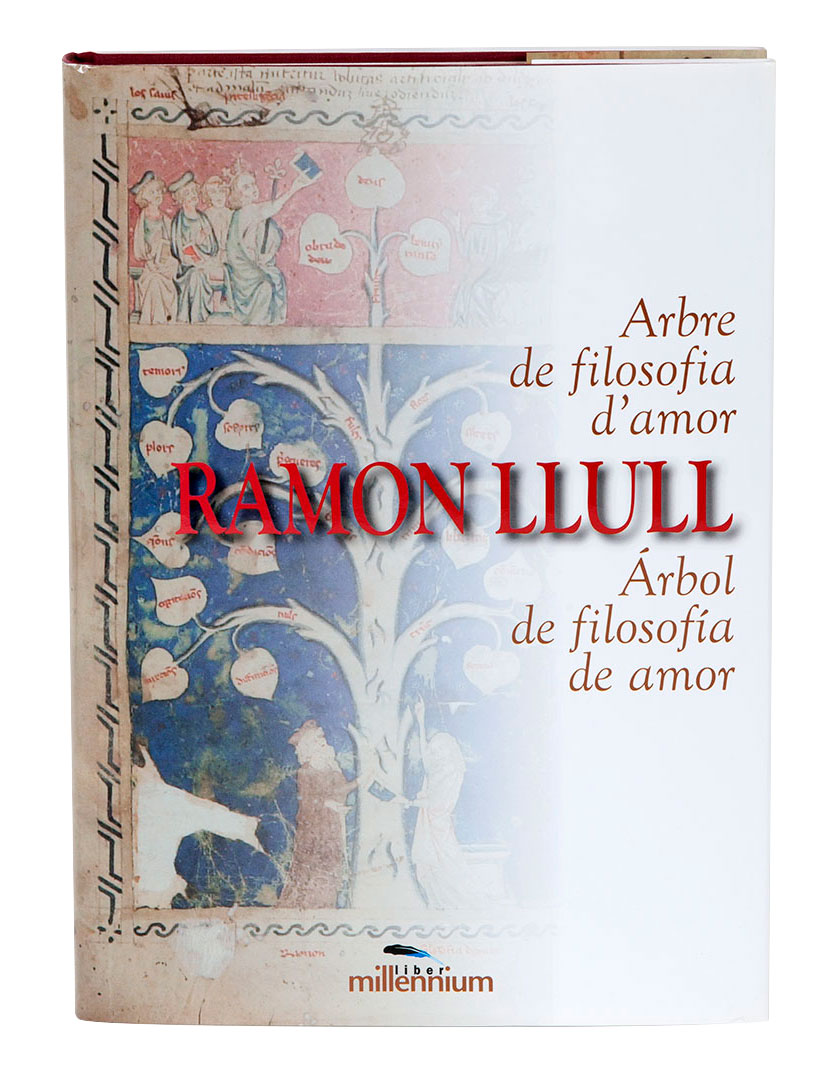 Ramón Llull, his historical figure, his works and his thought, and everything that has been derived from them, are the most relevant contributions to universal culture over the centuries. The Tree of the Philosophy of Love was composed in Paris in October 1298, during Llull’s second visit to the French capital. In it, he explores the need to associate knowledge with love, and to make harmonious and balanced use of intelligence and desire at the same time. As its name suggests, the Tree of the Philosophy of Love is structured as a tree in seven parts, and each of the parts is divided into three subsections that generate series of sentences or proverbs and narrative units. In early 2015, a copy was presented to Pope Francis, who commented on the need to re-read Ramón Llull and apply some of his treatises.
14th century original conserved in the Diocesan Library of Palma de Mallorca. First-generation manuscript of the Llullian Codices. Libraria textualis Gothic script. Document format: 240 x 182 mm. 110 double-columned pages with seven full-page illustrations. Special aged parchment paper. Collected, folded and stitched by hand. Study volume. Presented in an elegant case. Single run of 550 copies, numbered and authenticated by notarial report.
Ask for information 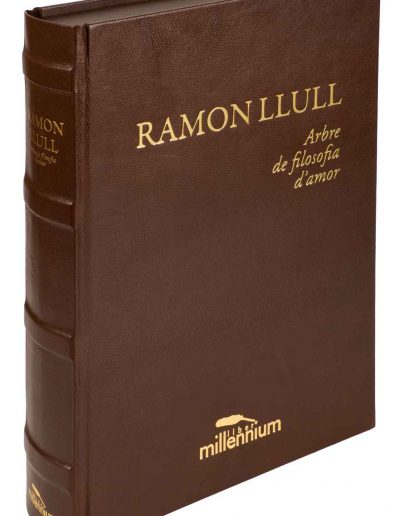 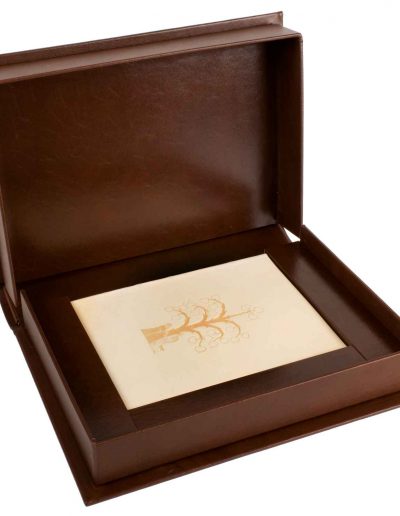 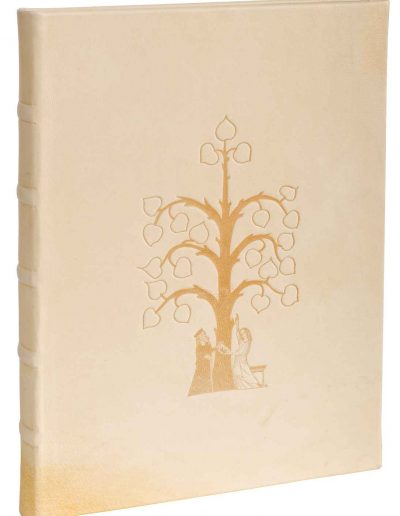 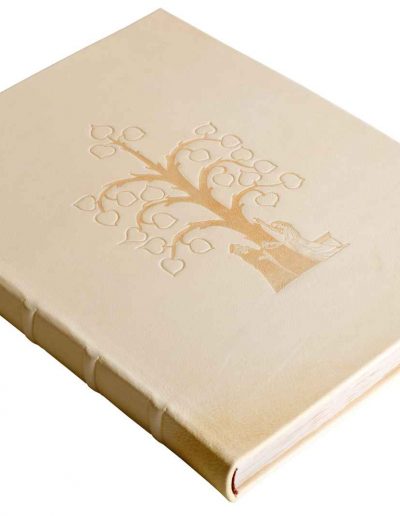 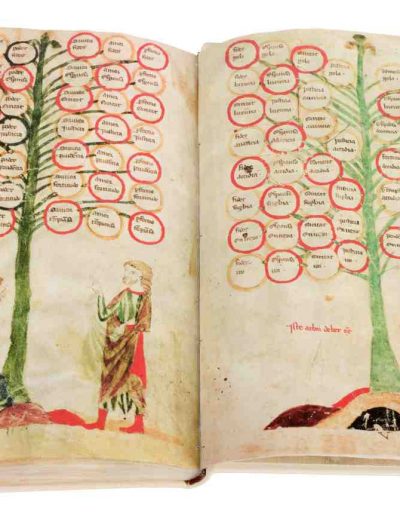 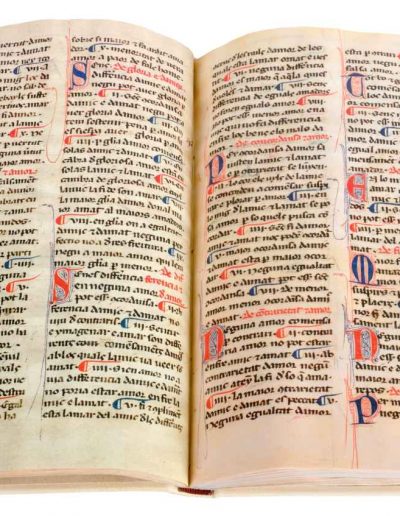 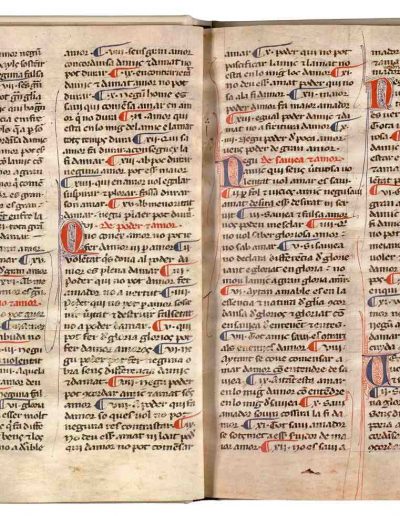 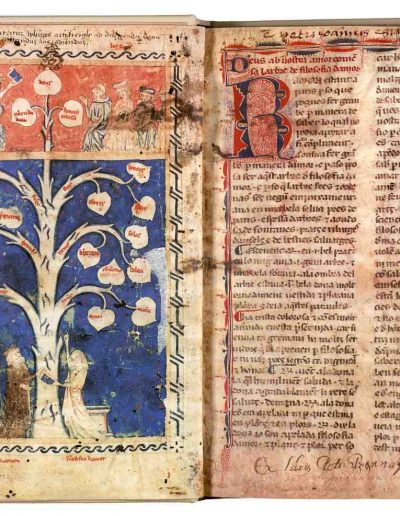 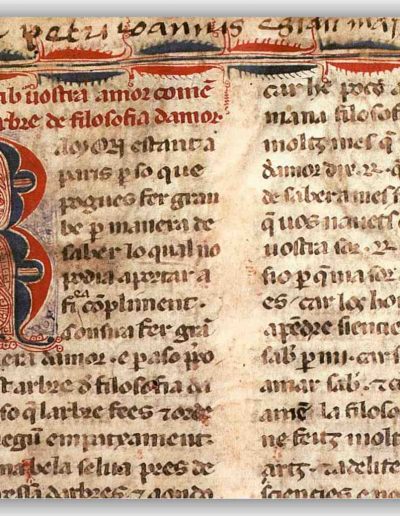 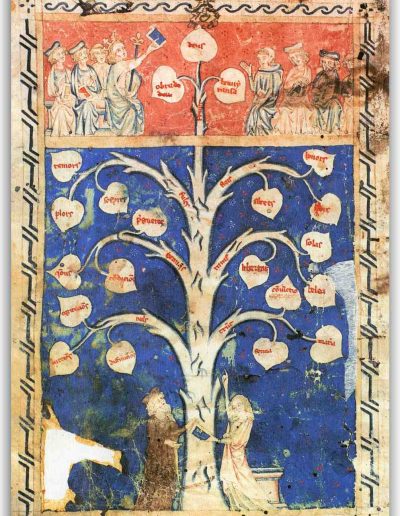 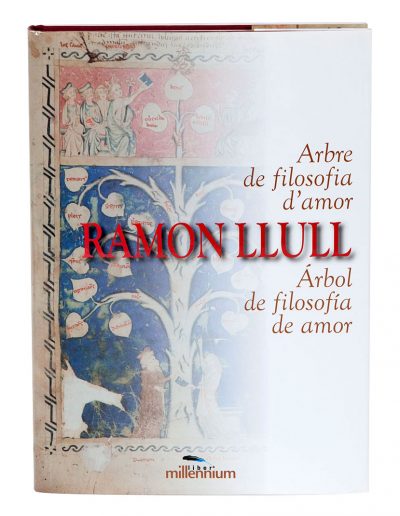