Beatus of Liébana "Navarra Codex"
This edition is the pinnacle of a series of publications over the years on the commentary on the Apocalypse written by Beatus of Liébana in the 8th century. This version of the key text, created in Navarre in the 11th century, is the perfect end to an ambitious project: to bring within the reach of the public, in general, and of specialists in ancient books, in particular, the final testament that completes the corpus of the Hispanic illustrated manuscripts of this work. According to the Jesuit P. José Moret in his 1665 work Investigaciones históricas de las antigüedades del Reyno de Navarra or “Historical Investigations of the Antiquities of the Kingdom of Navarre” (Pamplona, 1665), in the Library of Pamplona Cathedral there existed in the 17th century a codex that contained Beatus of the Liébana’s exposition of the Apocalypse. No such “Beatus” now exists in the chapter library at the cathedral: it appears that the book was taken from its shelf in the mid 19th century, and may be identified, with some probability, with that existing in the National Library of France (Nouv. acq. lat. 1366), given that its writings and illuminations are proof of Spanish origins. The most convincing argument for its Navarre origins, however, is a document affixed inside the binding, addressed from King Charles III of Navarre to the bishop of Dax, Juan Bauses, and to the prior of Roncesvalles, Miguel de Tavar, in 1389. The recent history of the codex is that it was bought in Spain by a bookseller from Lyon, then by another from Milan and finally by a third from Paris, from whom it was bought by the National Library of France in 1879, as told by L. Delisle in “Les manuscrits de l’apocalypse de Béatus” (The Manuscripts of the Apocalypse of Beatus) in Mélanges de paléographie et de bibliographie, Paris, 1880.
Original (12 th century) held in the National Library of France Size: 345 x 235 mm 314 pages 63 illuminated Text in two columns and 36 lines Gothic transition Caroline script Specially printed on aged parchment Hand sewn, collated and folded Bound in leather on board with studs and two side clasps Historical, artistic and palaeographical study volume Presented in a stylish case Unique limited edition of 995 copies, certified and numbered before a notary
SOLICITAR INFORMACIÓN 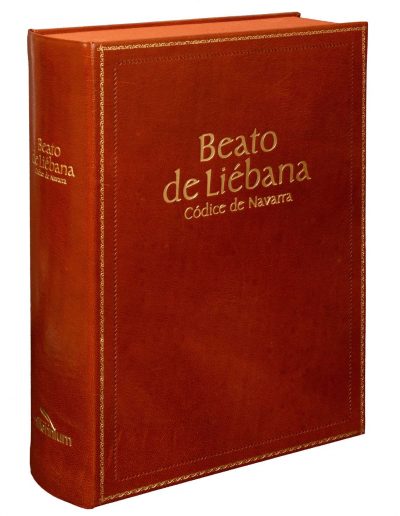 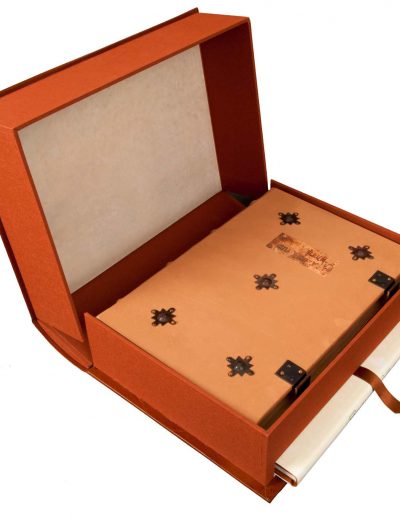 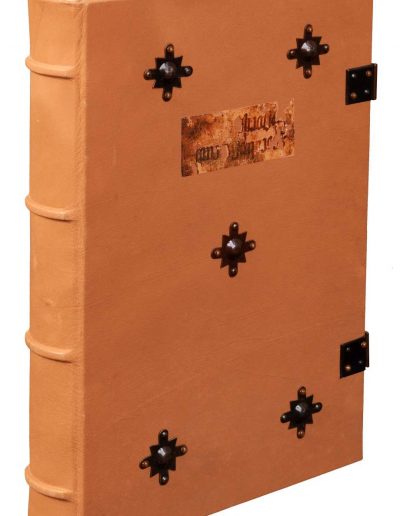 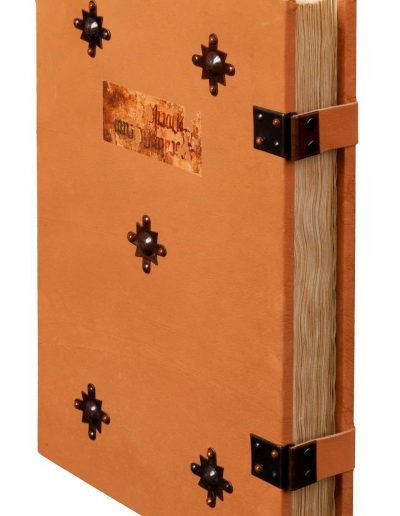 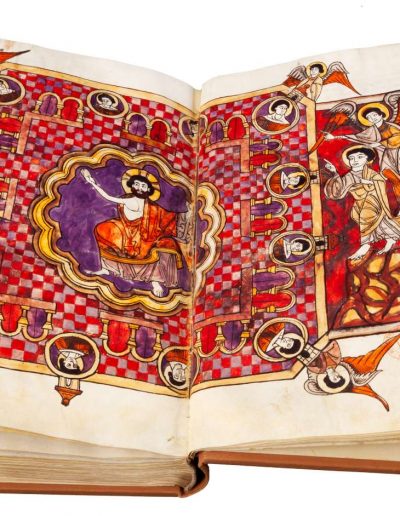 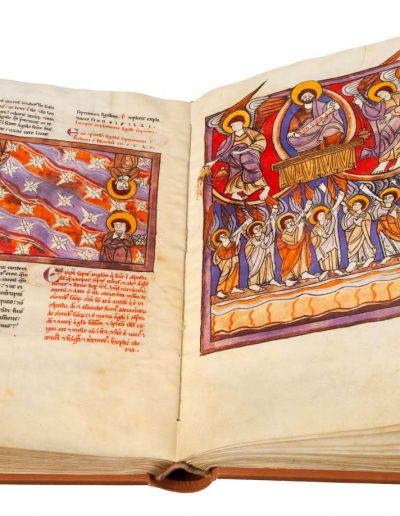 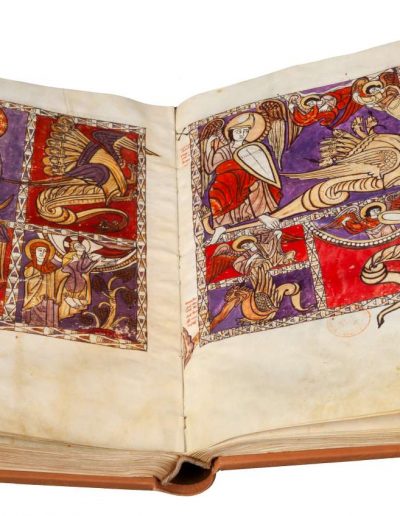 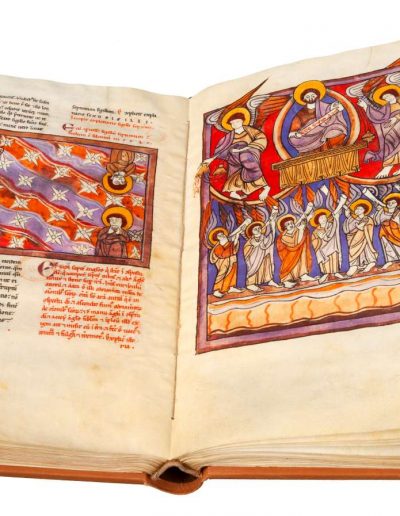 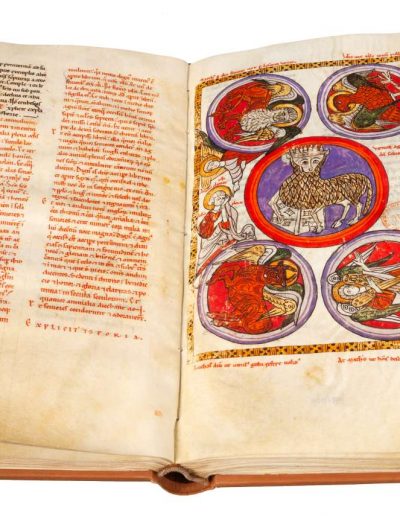 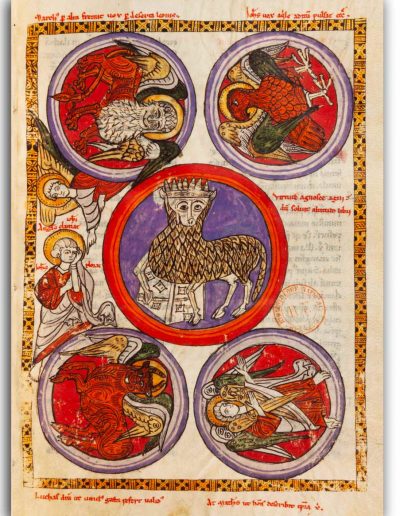 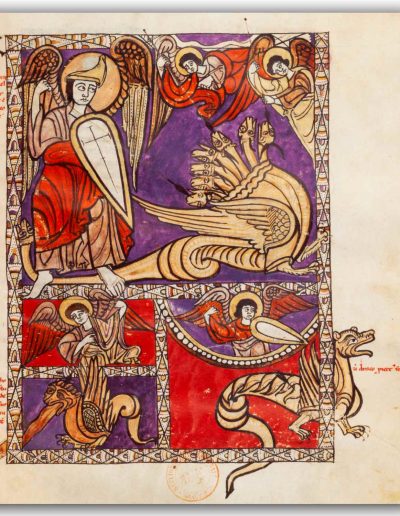 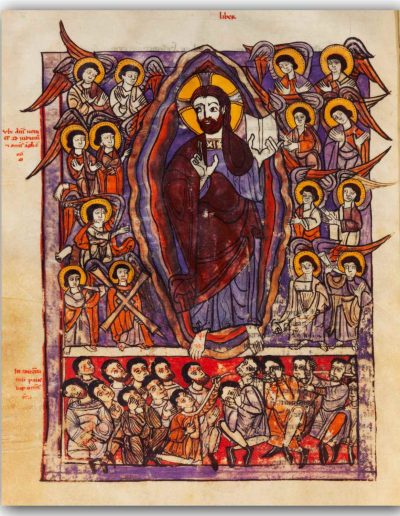 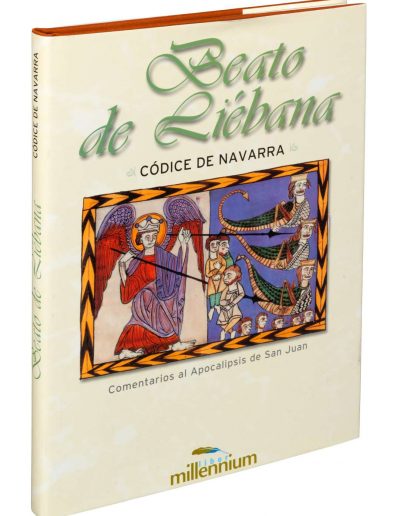