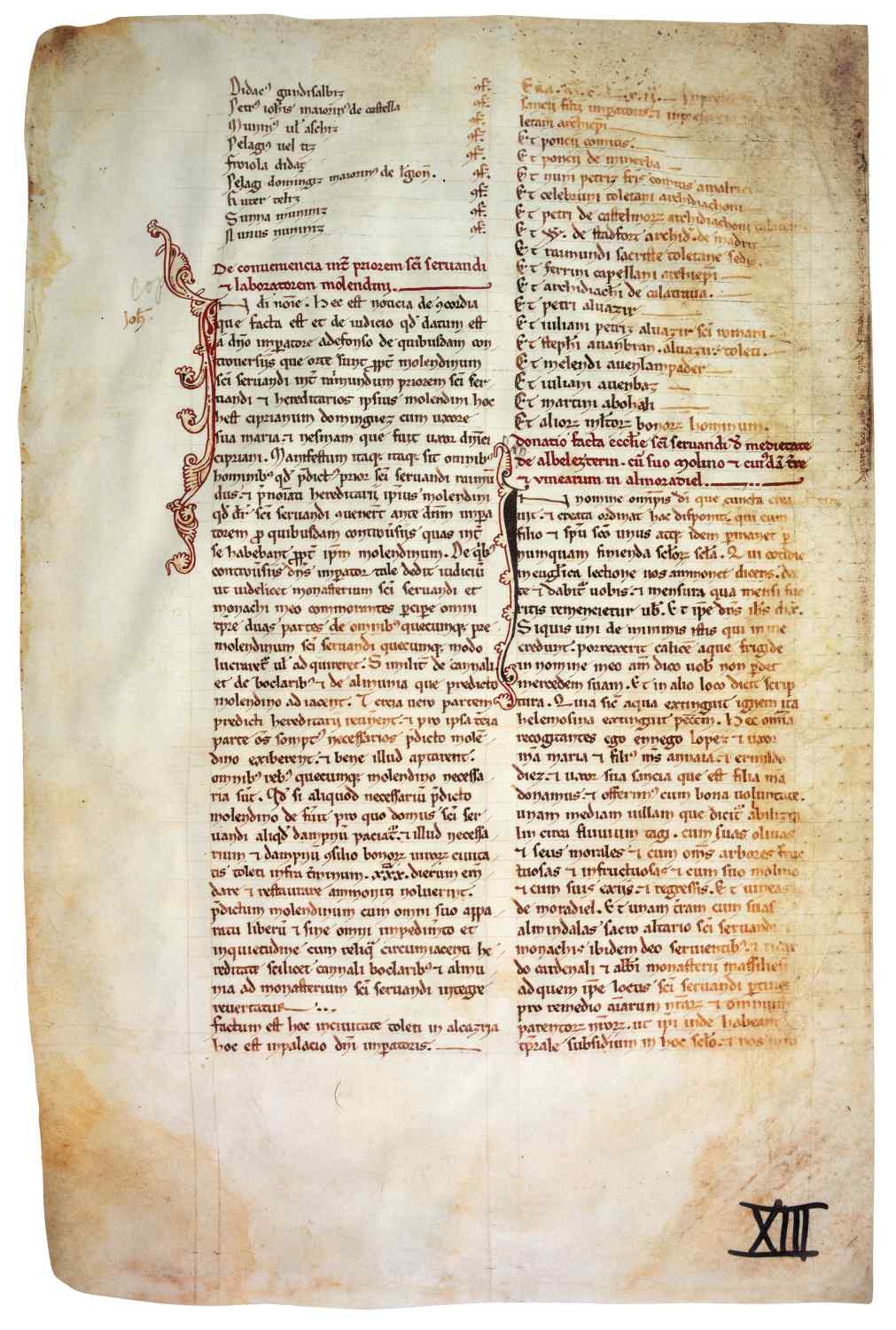 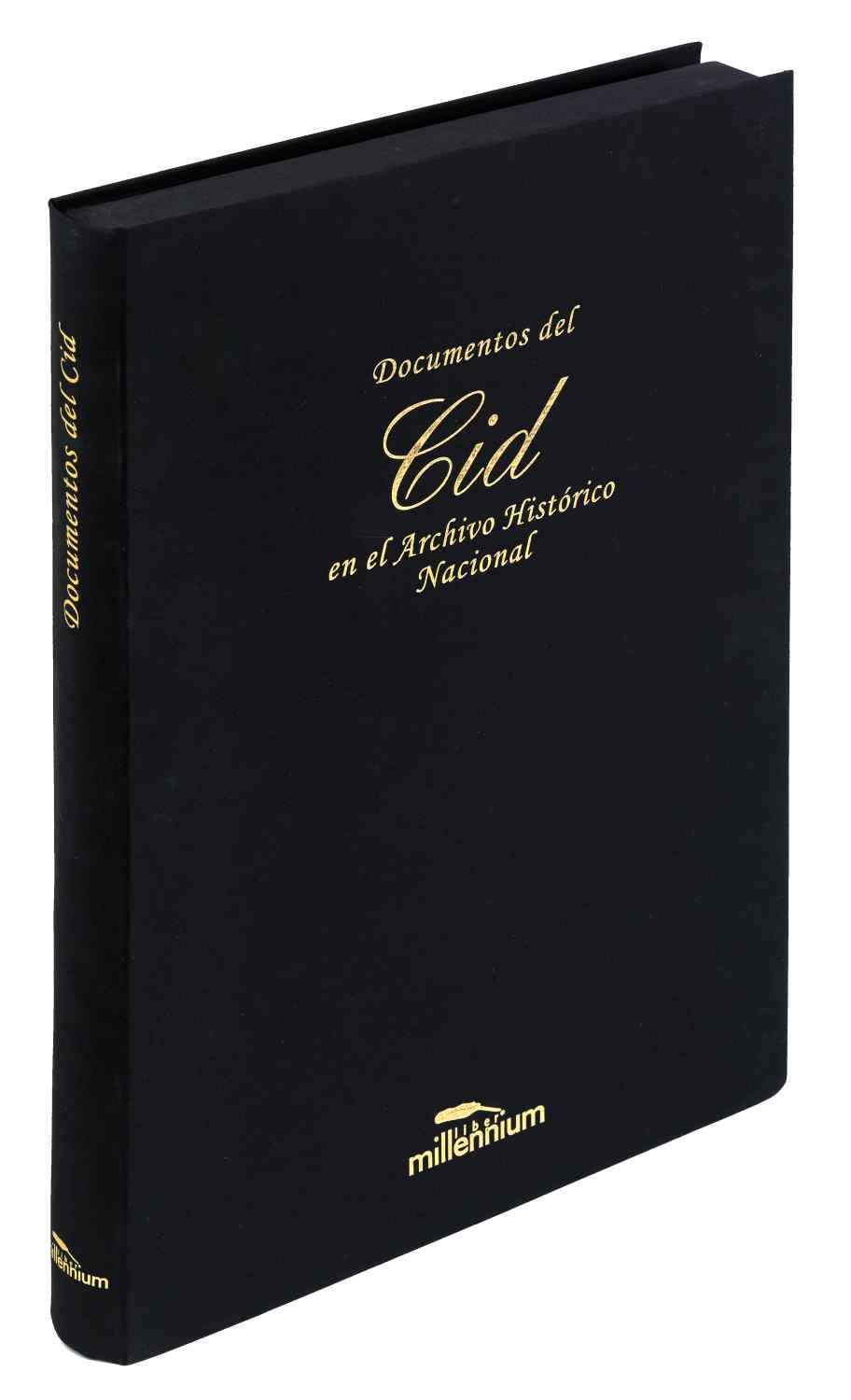 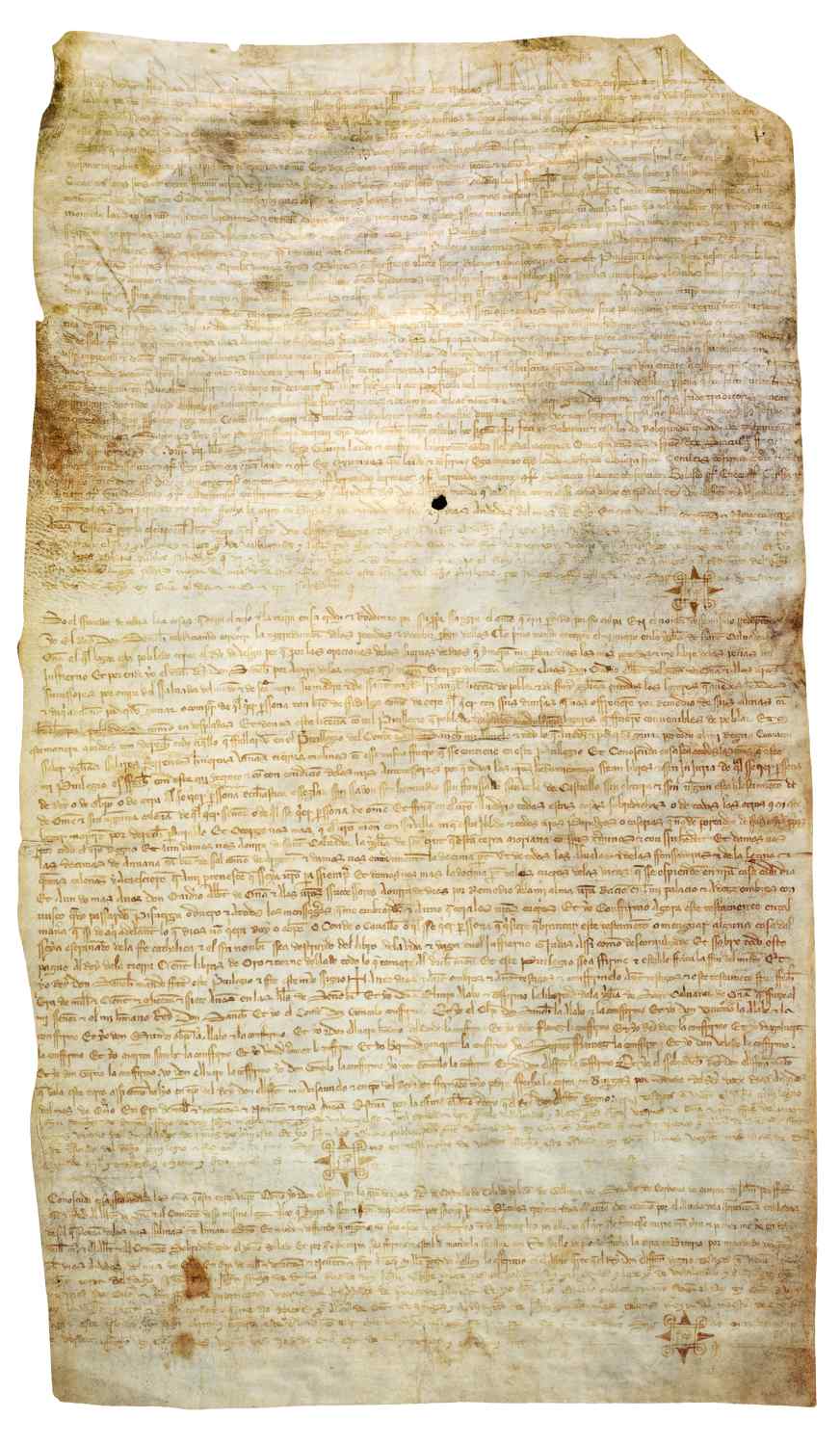 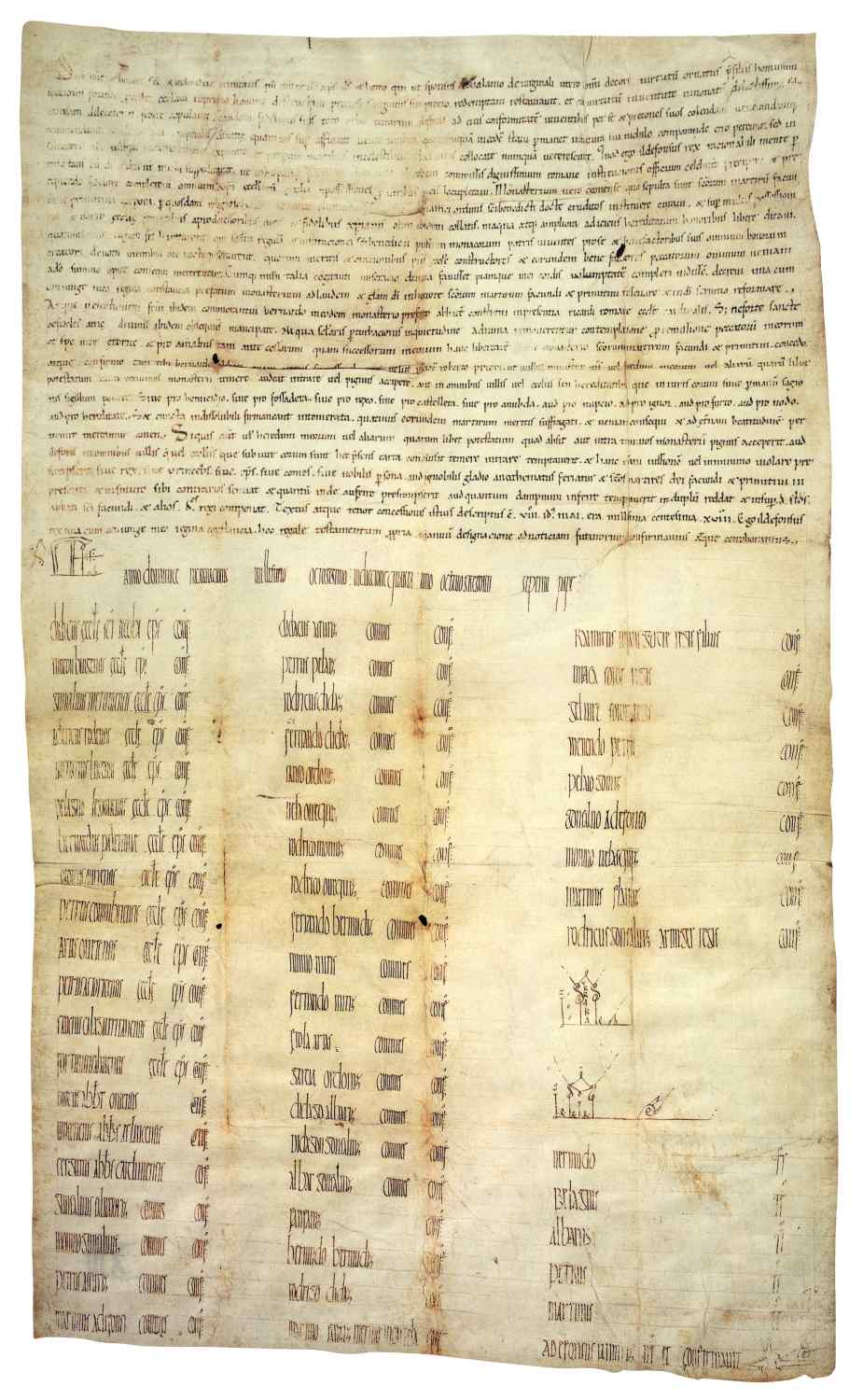 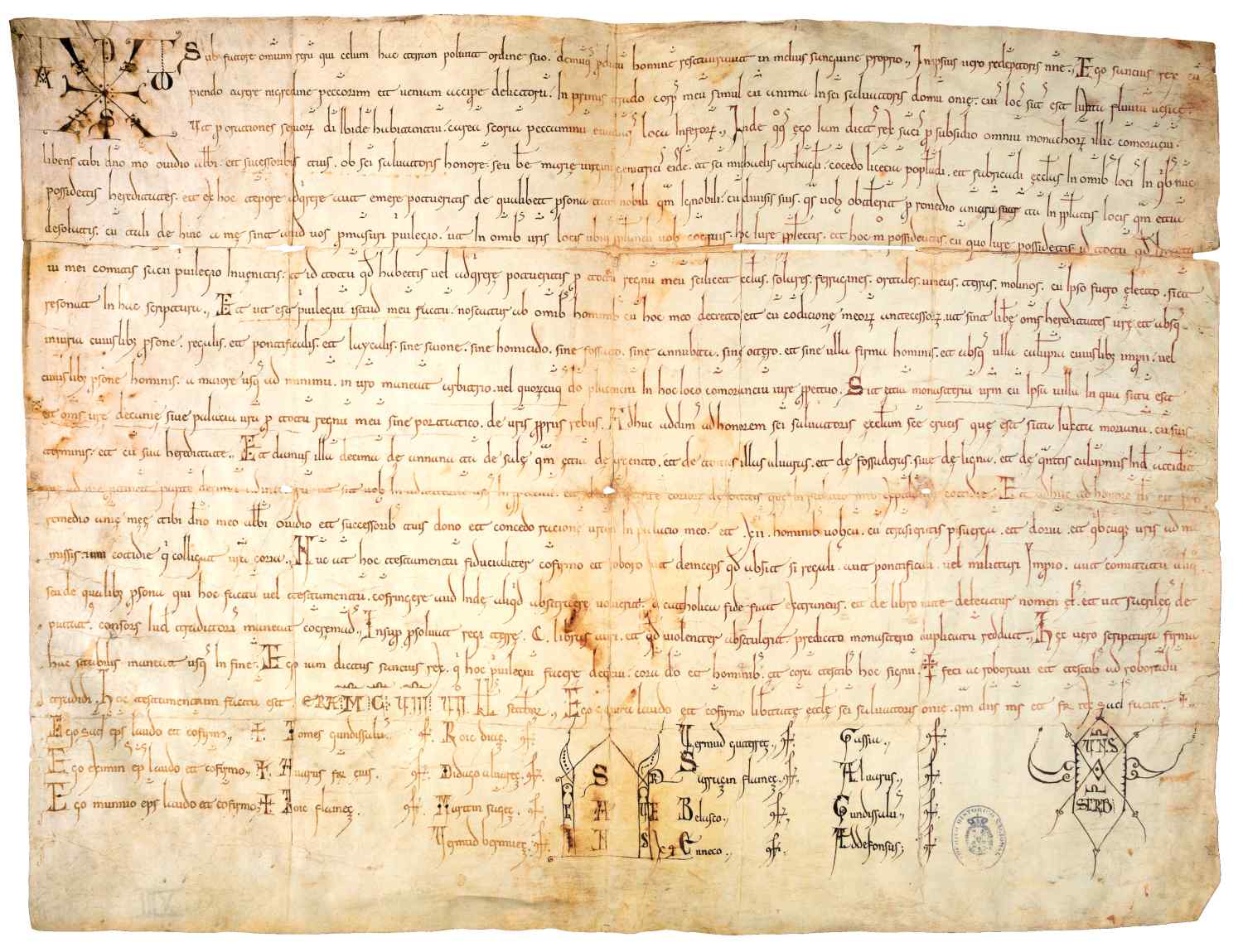 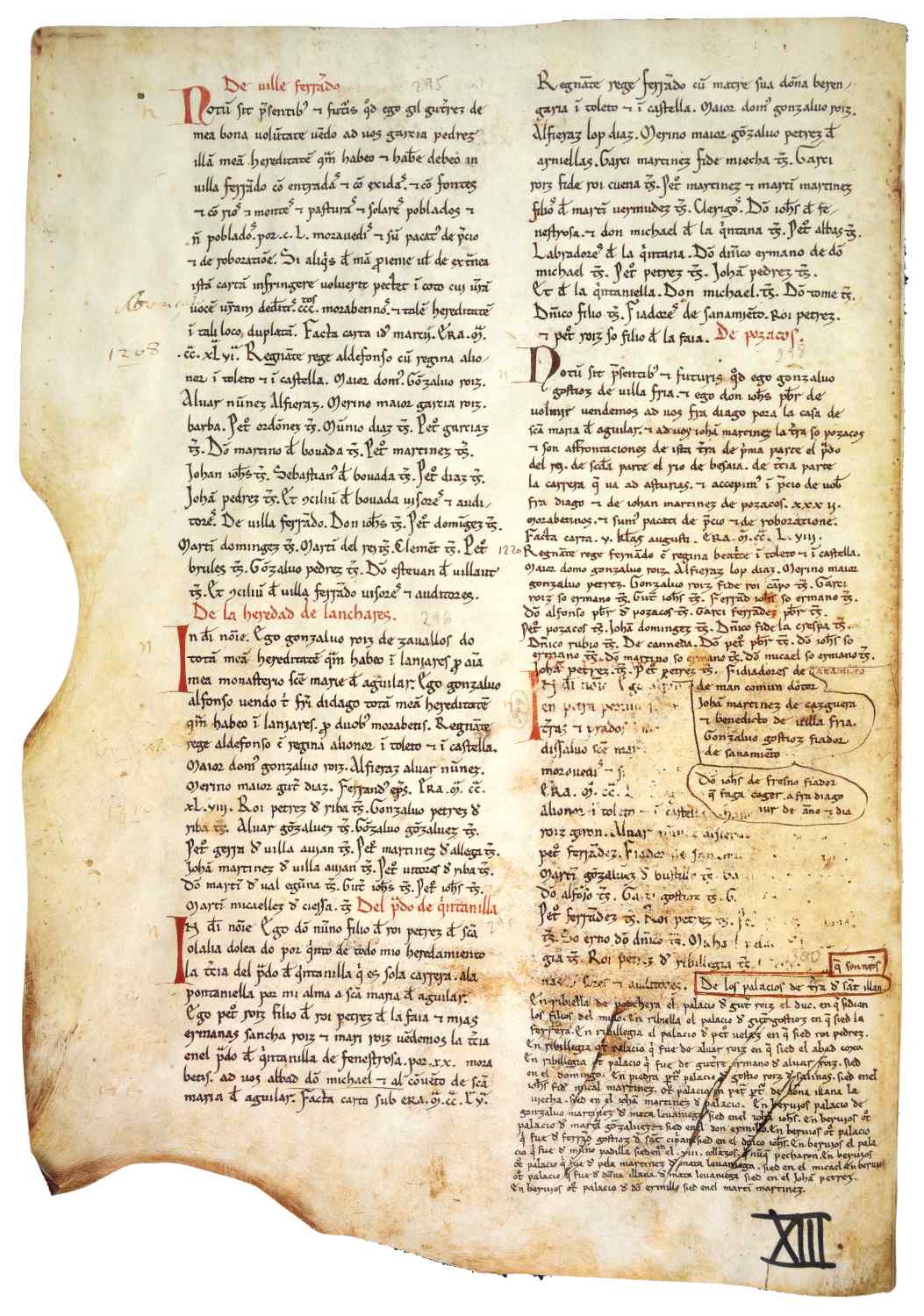 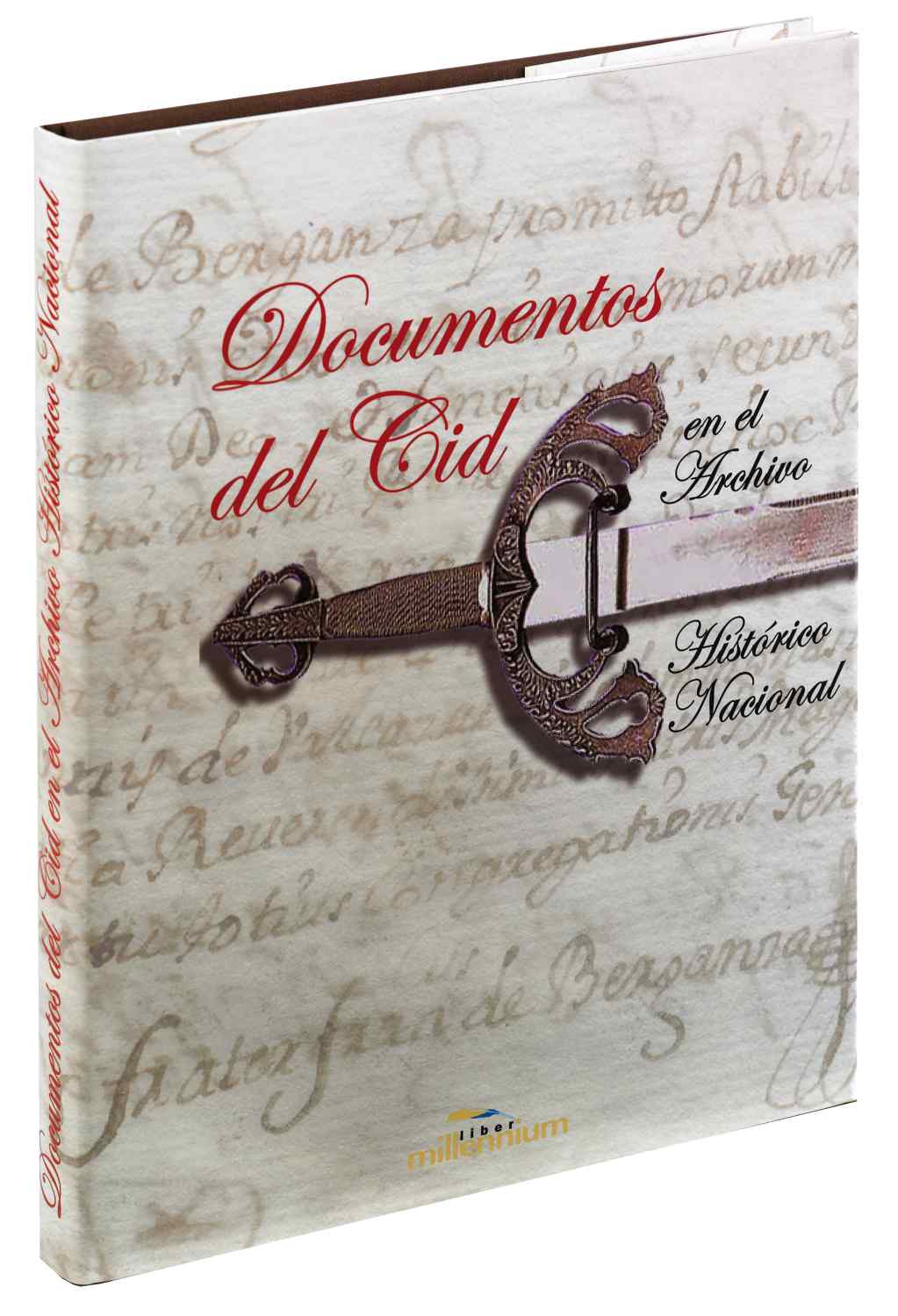 The 10 documents in this publication feature Rodrigo Díaz de Vivar – better known as El Cid – as the main protagonist and, in some of them, El Cid appears as a donor of goods to the church. They are actually originals, copies and falsifications of El Cid’s cartulary from various public and private archives that are currently housed in Spain’s National Historical Archive, with cartularies being the mediaeval books into which monks copied the title deeds of their monastery’s property. In short, these are exceedingly interesting documents for closely tracing the details of the life of Rodrigo Díaz de Vivar, as they show his religious faith through donations and chart his rise and fall from royal favour. In fact, this material has been canonised and has been used as a historical foundation by subsequent biographers of the Spanish hero.
Ten documents whose originals are housed in Spain’s National Historical Archive. Format of the work: various. Special, aged parchment paper. Unique limited edition of 995 copies, certified and numbered before a notary. Study volume of historical and historiographic value. Presented in a stylish case.
Ask for information 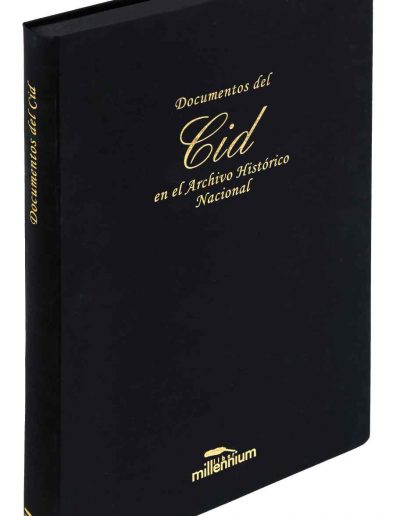 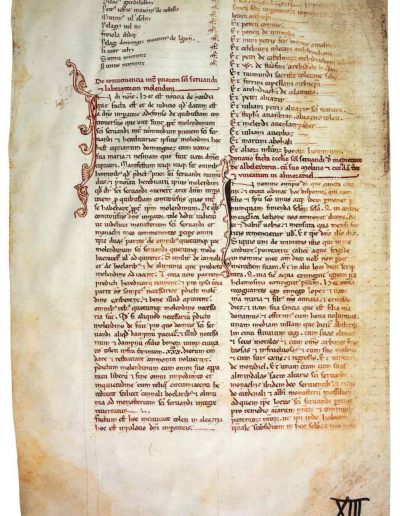 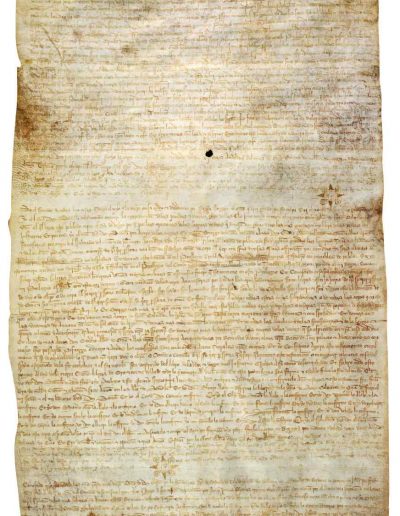 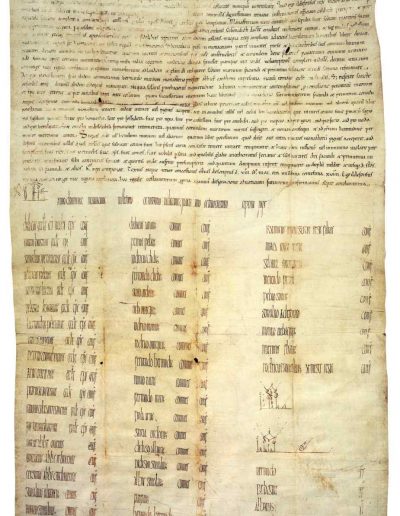 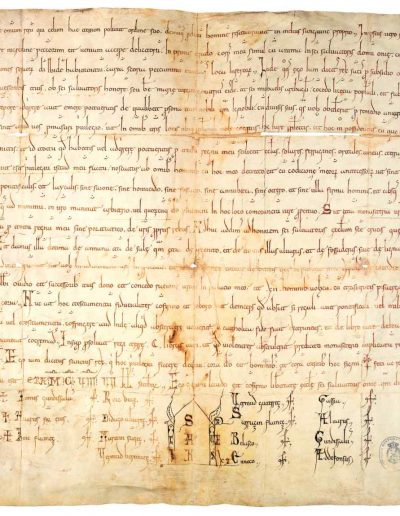 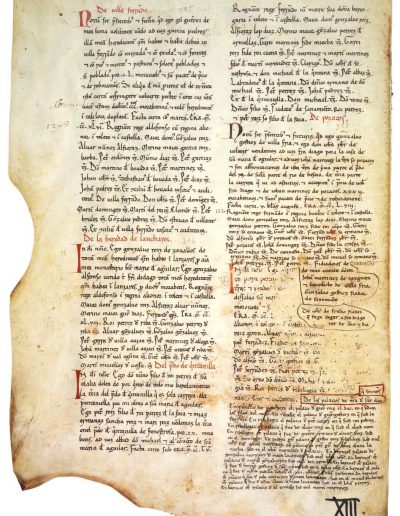 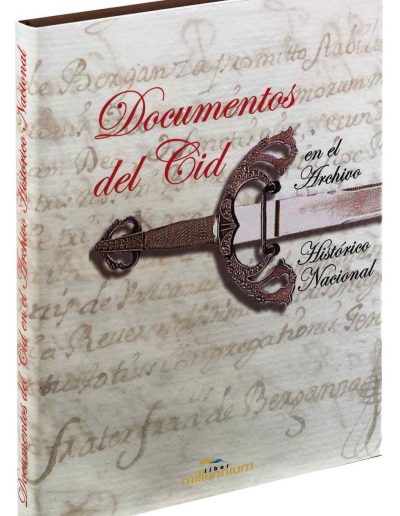