The Book of Hours of the Bishop Morgades
The facsimile version of this work forms part of a range of codices that were recovered in the 19th century as artistic sources. During that period, illustrations gained uncommon importance as a complement to the text and in some cases, such as this one, were the subject of a heinous bibliophilic and commercial practice: the factitious compilation of editions whose original iconography was artificially enriched by a series taken from other manuscripts. To inflate the value of this book of hours, two groups of images from different sources were added. This fraudulent operation has its recompense in the fact that manuscript 88 of the Episcopal Library at Vic is now a unique and extraordinary specimen. Leafing through its beautiful pages, readers will discover a veritable anthology of the very best styles that dominated the production of books of hours. Offering a privileged collection of illuminated pages, this manuscript enables readers to look back over a wealth of creations born of different sources of inspiration.
Factitious manuscript in vellum housed in the Episcopal Library at Vic and artificially composed by different sectors and various workshops (15 th – 16 th C.). Format of the work: 14.2 x 10.3 cm. 110 pages with miniatures in various styles and from different sources. Bound in gilt-edged velvet. Special, aged parchment paper. Unique limited edition of 995 copies, certified and numbered before a notary. Study volume of historical, artistic and palaeographical value. Presented in a stylish case.
Ask for information 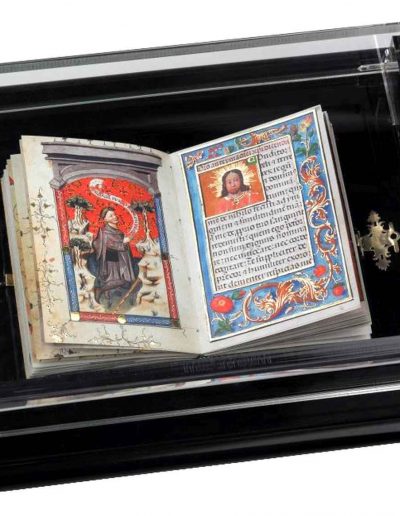 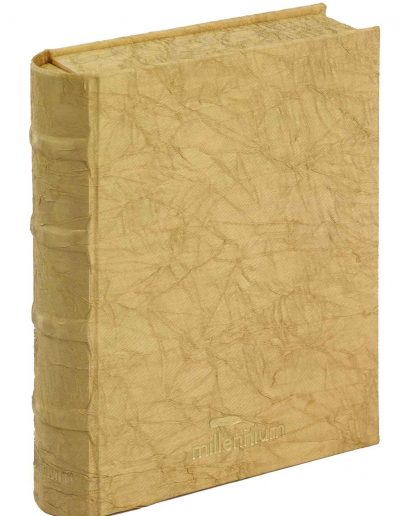 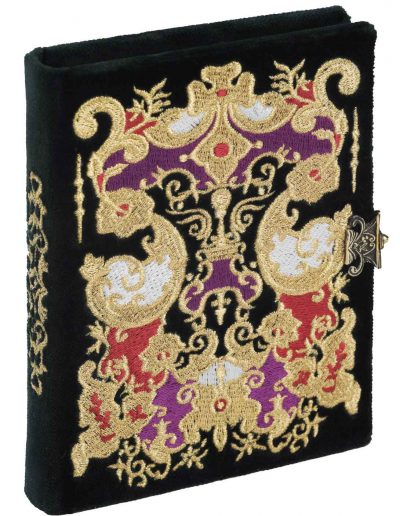 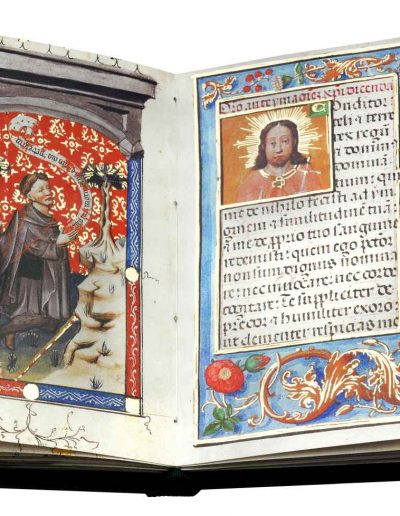 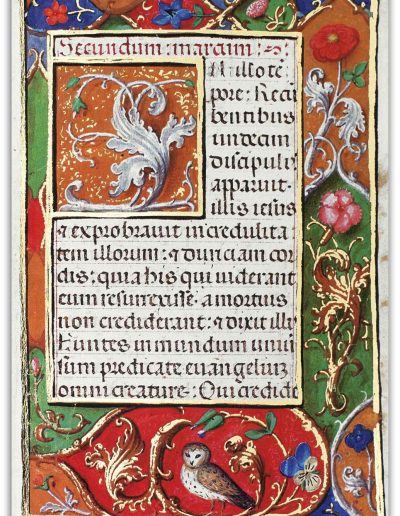 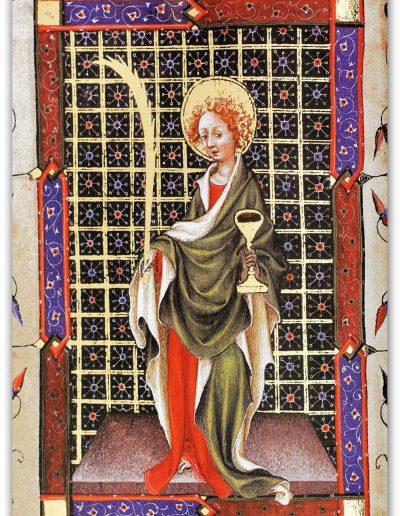 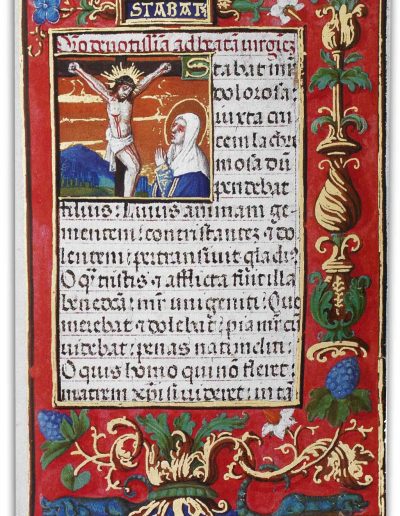 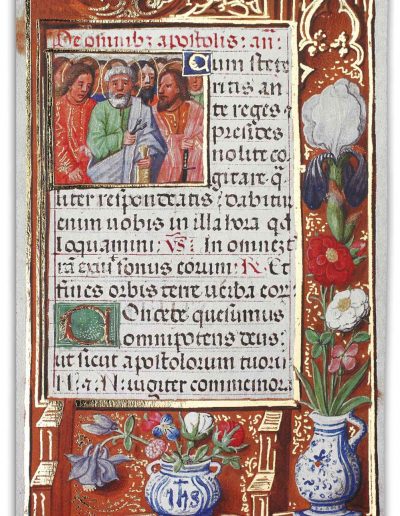 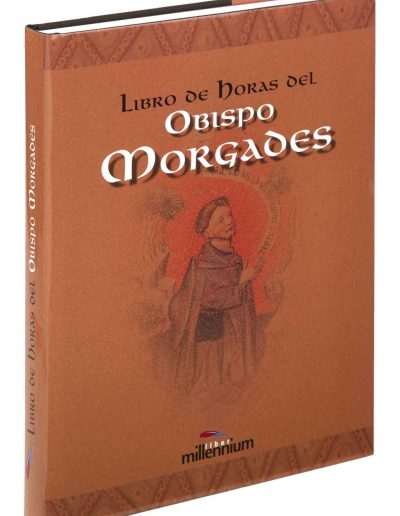