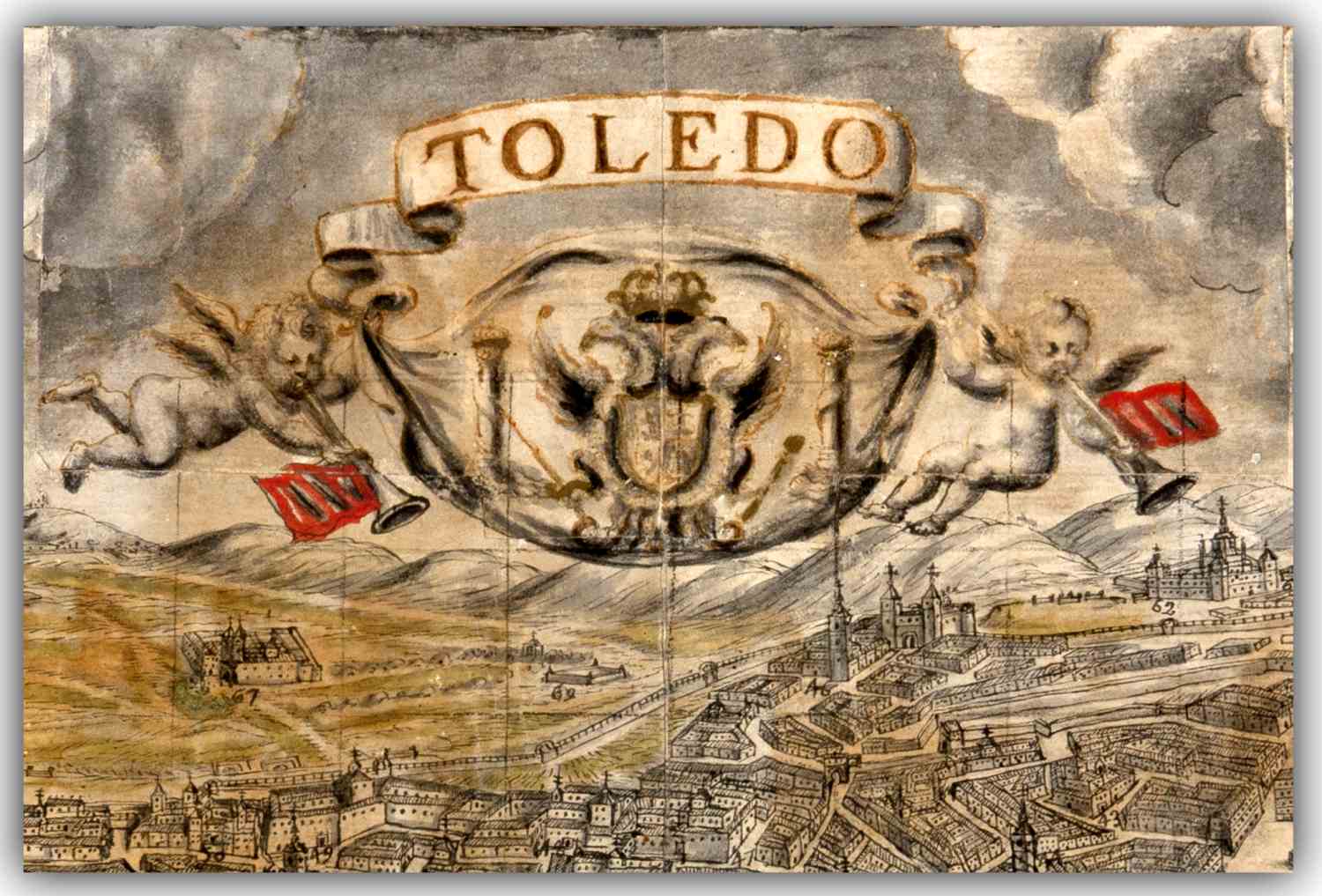 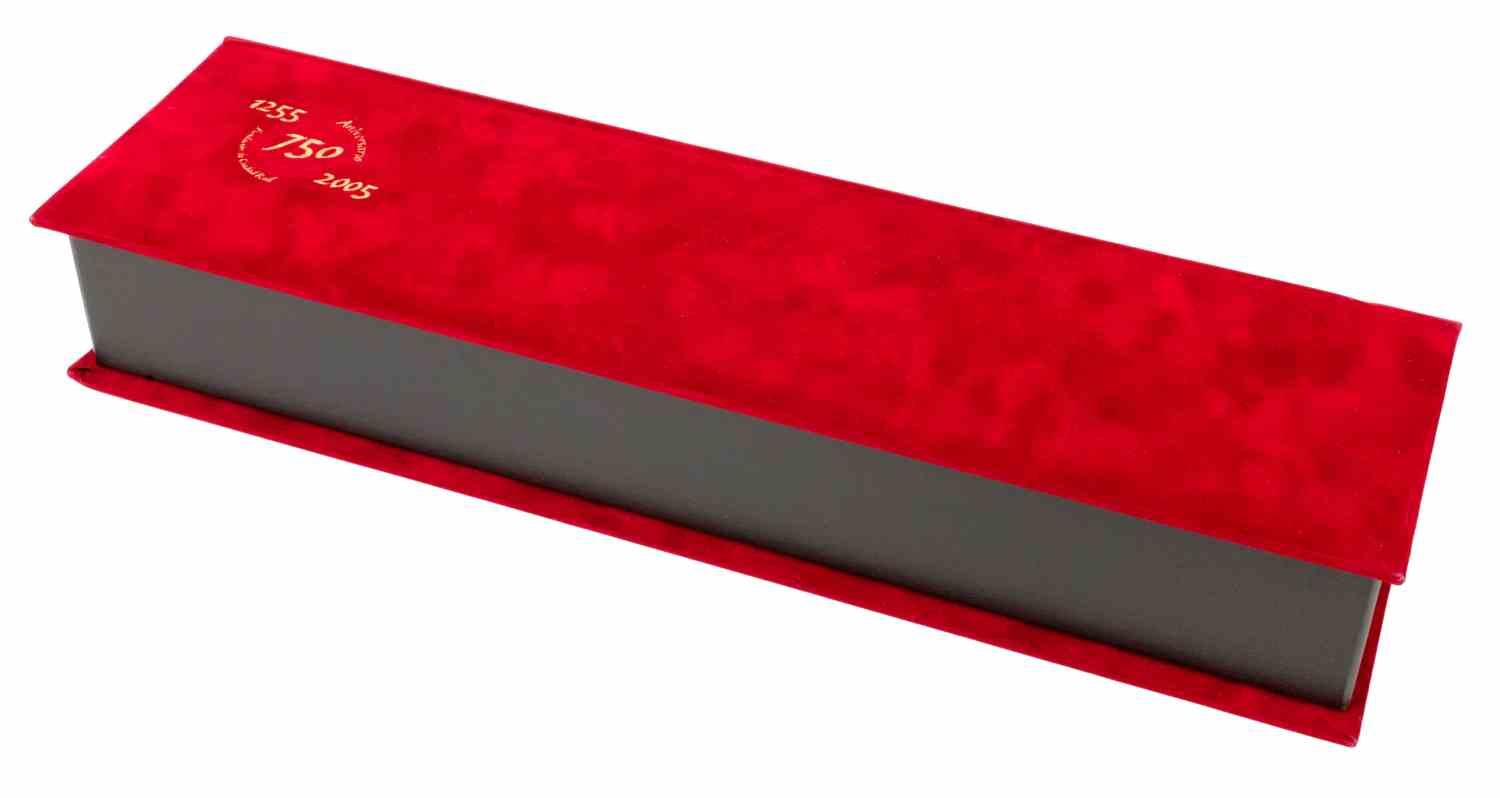 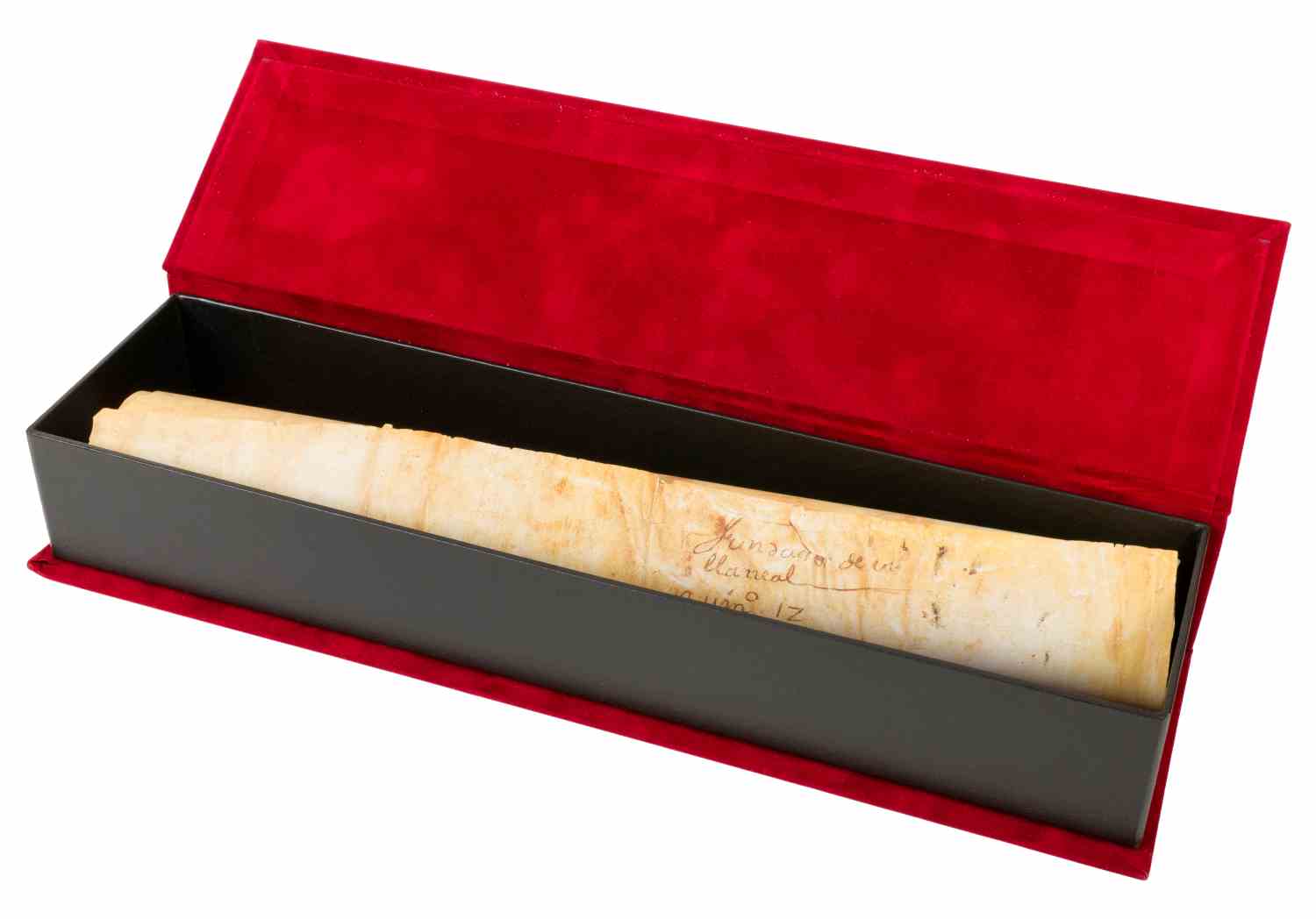 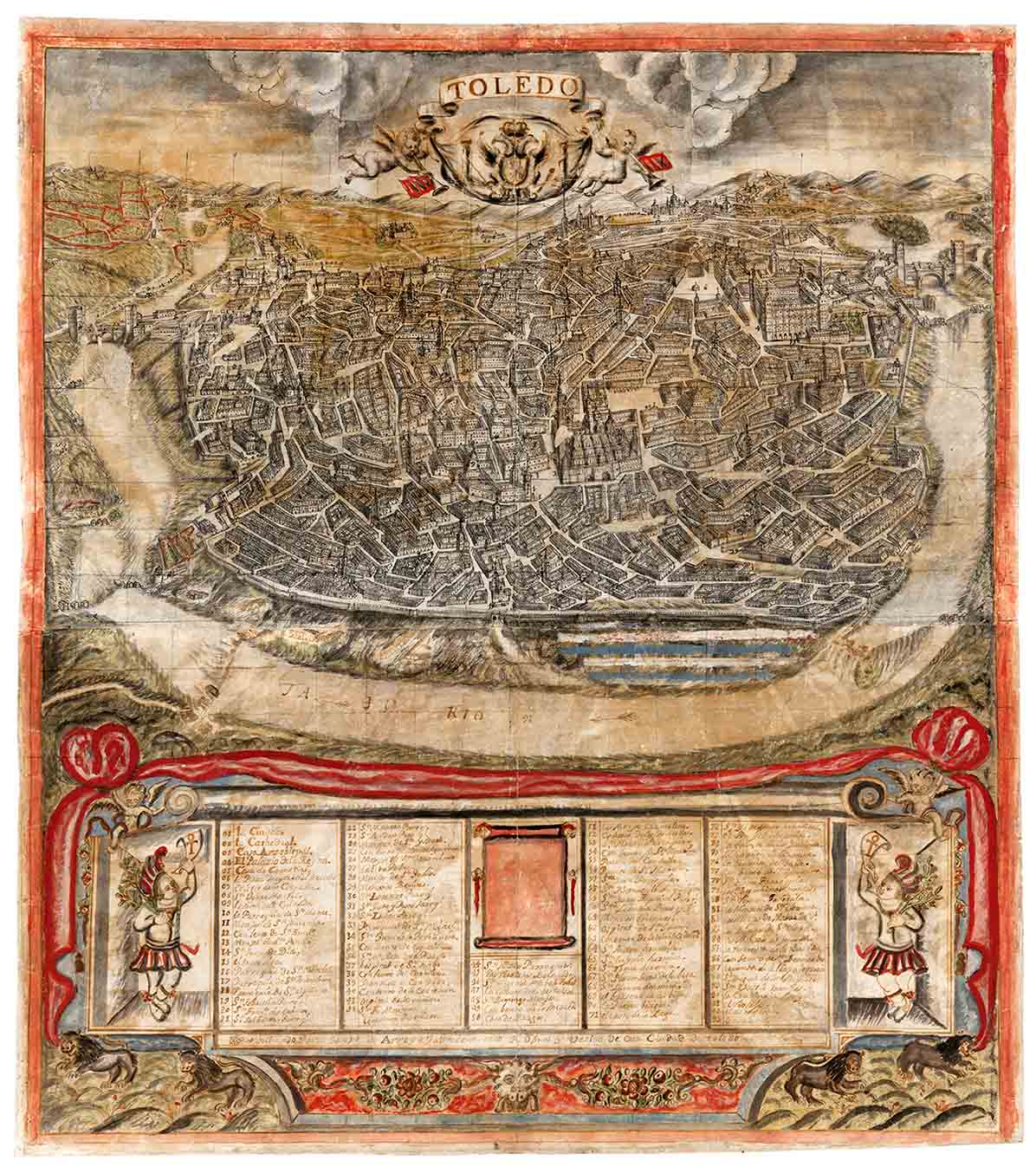 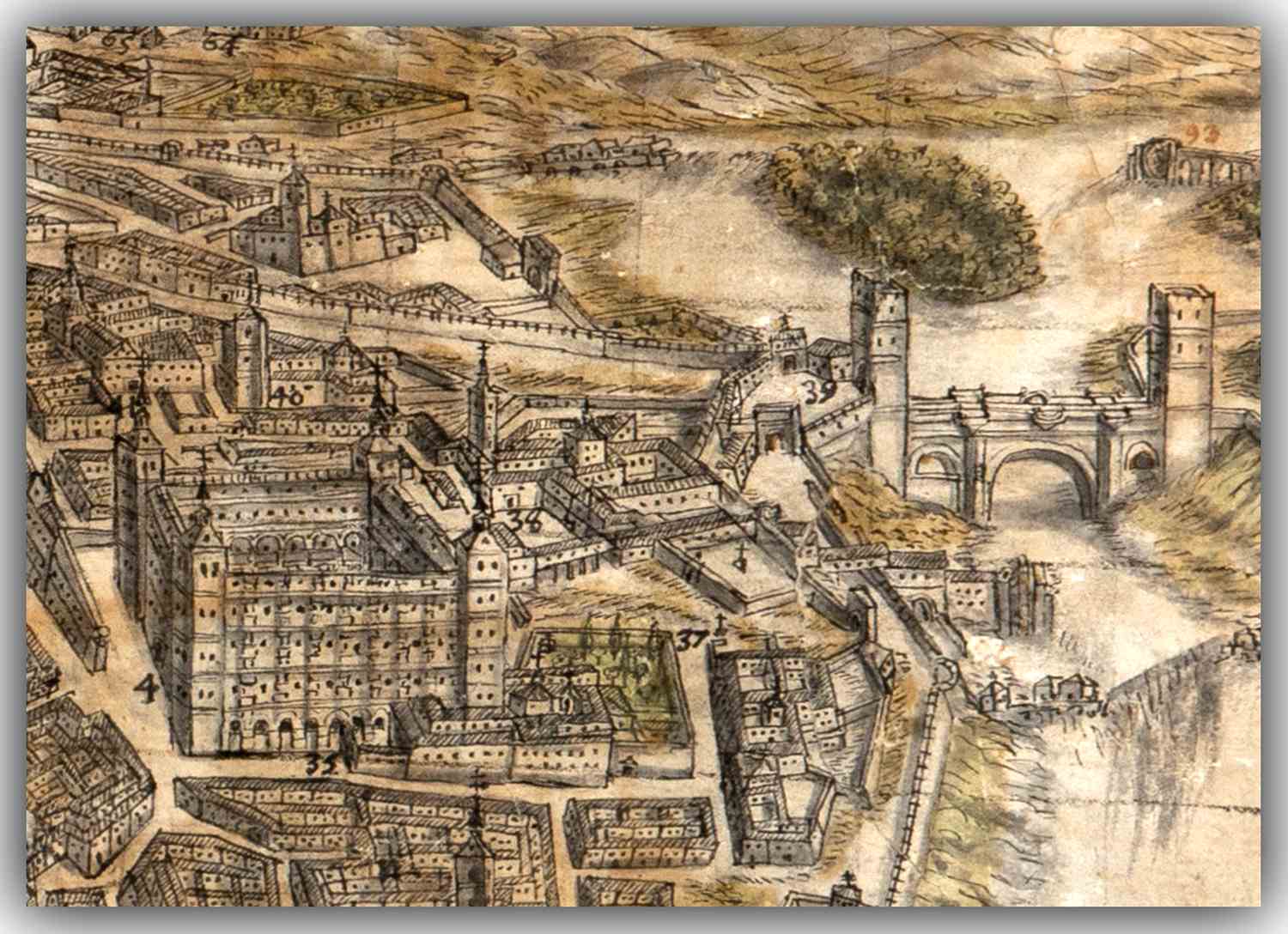 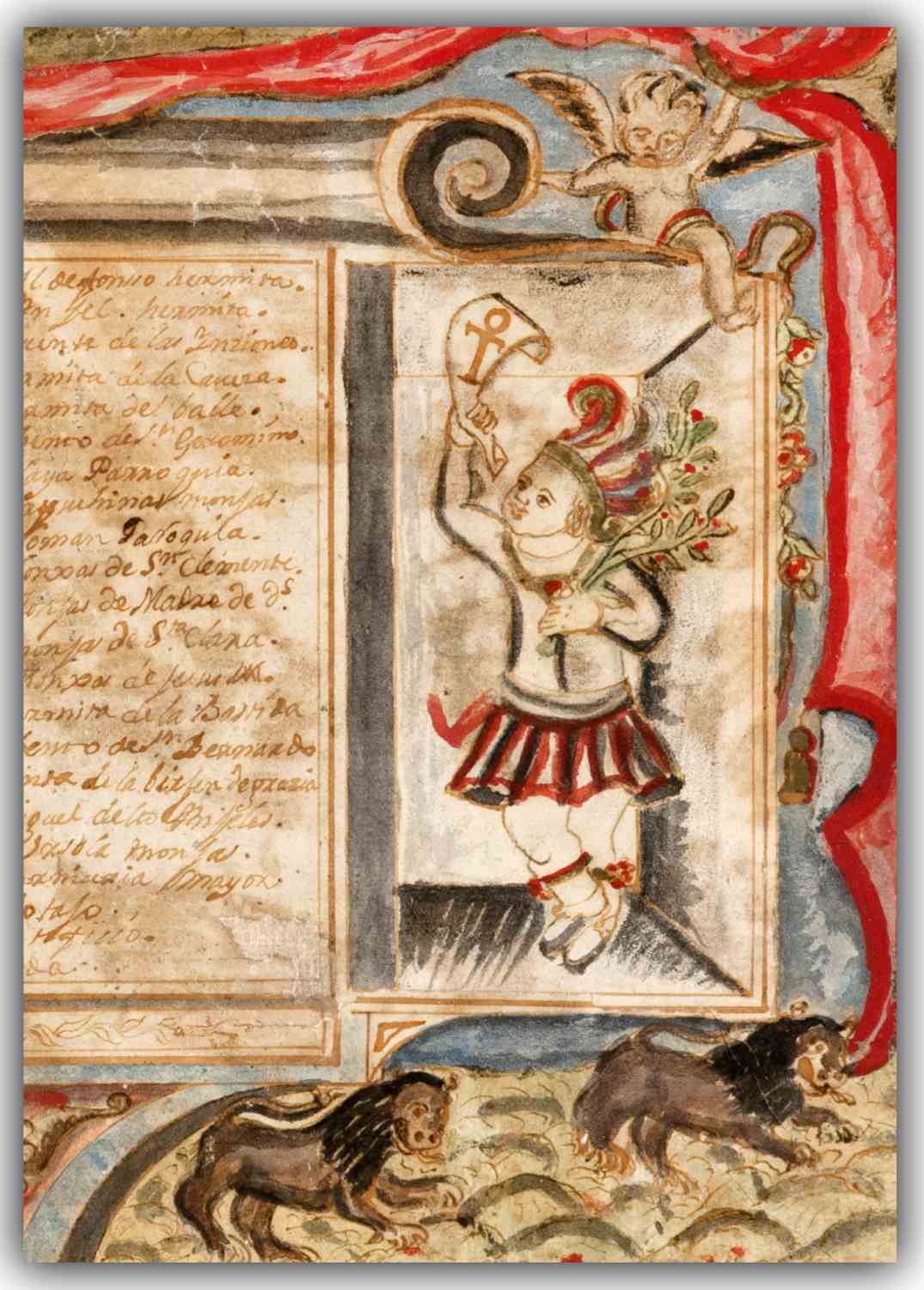 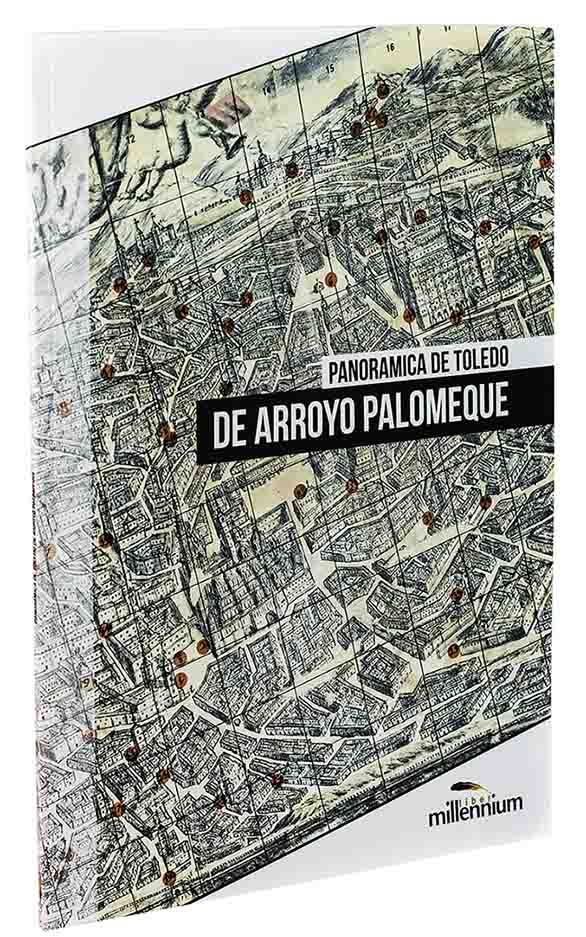 One of the oldest and most accurate street maps of Toledo, showing its buildings and monuments viewed from the south. Painted by the master builder around 1720, it depicts all the most emblematic features of the Imperial City: Temples, convents, hospitals and bridges; but also the Comedy House, the Artifice of Juanelo (a water supply device), the De la Vega Brazier, where people condemned by the Inquisition were burned, and even the cage where lifeless bodies were displayed after rescue by the Brotherhood of the Holy Charity. This décor, with its almost naïve repertory of angels, Indians, lions, emblems and heraldry, alludes to Toledo and its image as the ancient Urbs Regia and the Primate of Spain. It probably belonged to the Borbón-Lorenzana collection or to one of the disentailed convents of the 19th century and is currently conserved in the Biblioteca de Castilla-La Mancha.
Original conserved in the Biblioteca de Castilla-La Mancha Document format: 62 x 53.5 cm Single run of 995 copies, certified and numbered by notarial report
Ask for information 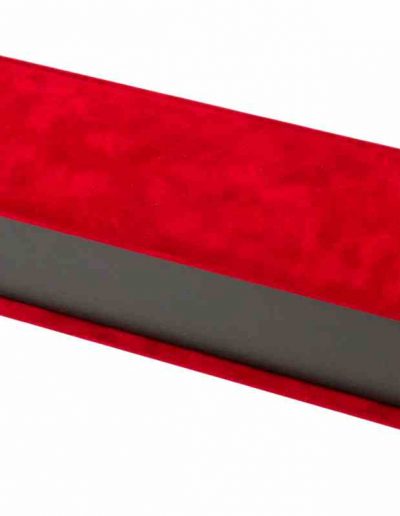 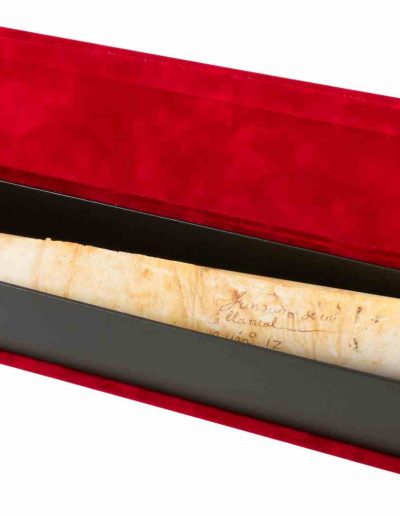 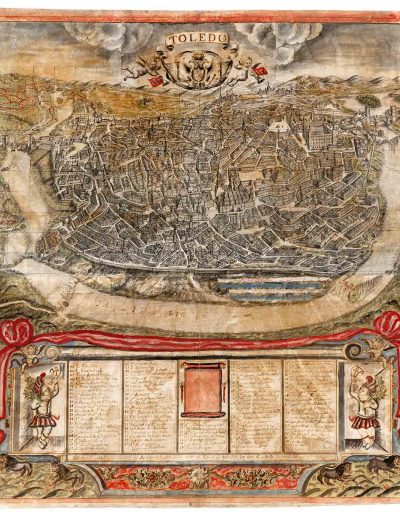 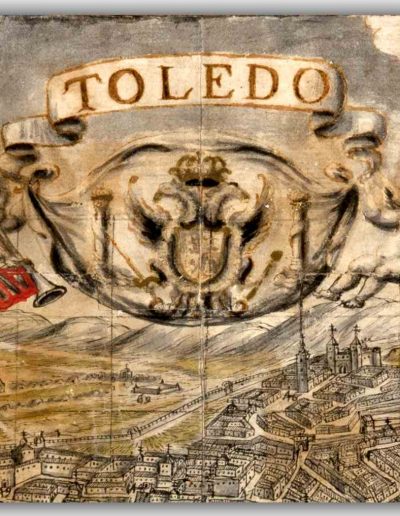 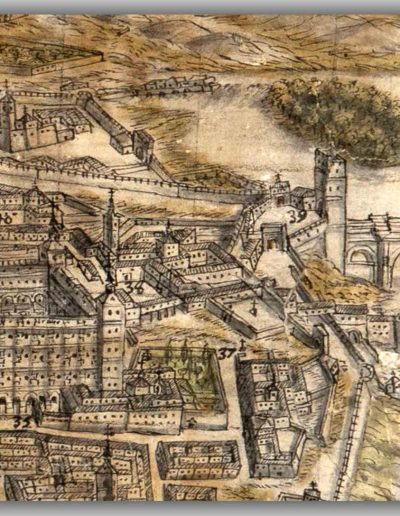 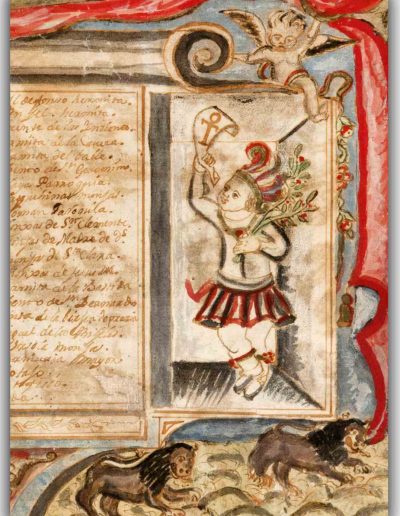 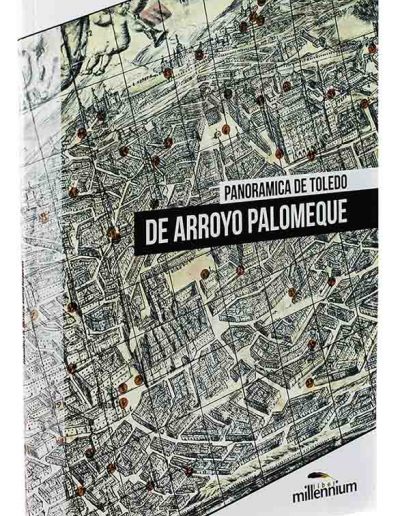