1492: Surrender of Santa Fe and the Edict of the Expulsion of Jews from the Kingdoms of Castile

The year 1492 was key for Spain and the world as we had known it. The Catholic monarchs lay the foundations of the Modern State. This would be a new model of government rooted in the feudal past, a model which overcame political ambition and power strategies.

One of their first great achievements was to end the Christian Reconquest of the Peninsula, with the capture of Nasrid Granada, the last Muslim kingdom of the Peninsula. Its final phase had an important diplomatic component, which we analyse below.

Shortly after, on the 20th of March, with the monarchs still in the recently conquered Andalusian city and pursuing the prevailing policy of unifying the faith of their subjects, Jewish communities were expelled from the kingdoms of Castile and Aragon. A multiple document was signed: one signed by Isabella I and the prince consort, for the Crown of Castile; and another signed only by Ferdinand II, the Crown of Aragon.

Finally, on the 17th of April of the same year, in the city-camp of Santa Fe (Granada), after months of negotiations, Christopher Columbus and the monarchs signed a legal agreement stipulating the conditions of his overseas venture: he was to adopt a new route to reach the East Indies from the West, a territory both remote and legendary to Europeans, but one which was famous for its luxurious products (porcelain, spices, silk, gunpowder, etc.).

Thus, in just a few months, the threads of history were woven around the royal court in Granada in order to allow Spain’s entry into the Renaissance and forge an empire on a magnificent scale. It was the prelude to a century of splendour that would become known as the Spanish Golden Age.

Millennium Liber, in its efforts to bring forward the most important manuscripts of our shared past, has extracted from the sea of paper that is our great national archives three fundamental documents to aid our understanding of history.

The purpose of our edition has been to bring together a range of diplomas which, from the very moment they were written, became lasting referents for our collective memory.

Original records of the Surrender of Santa Fe and the Edict of the Expulsion of Jews from the Kingdoms of Castile held at the Chancery Registry of the Archive of the Crown of Aragon (Barcelona), with an in-depth study by its Director, Carlos López Rodríguez.

Royal Provision of the Catholic Monarchs decreeing the Expulsion of Jews, held in the General Archive of Simancas (Valladolid).

Facsimile of the Privilegio Rodado of the Private Surrender of Granada, kept in the Historical Archive of the Nobility (Toledo) with enlightening research by its Head of References and university professor, Miguel Fernández Gómez Vozmediano, which corrects the baseless mistakes that have been repeated for too long.

Unique print run of 499 copies, numbered and authenticated by a notarial act. 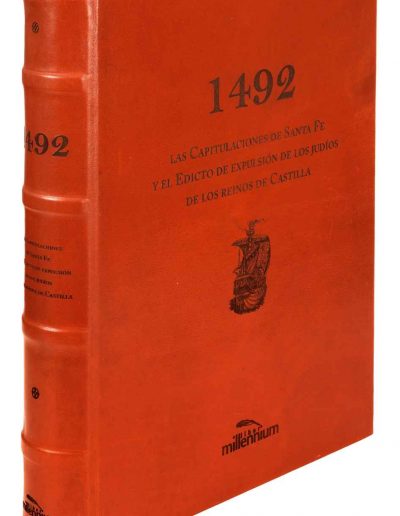 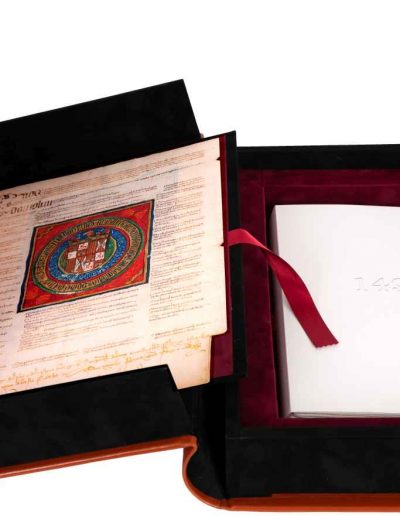 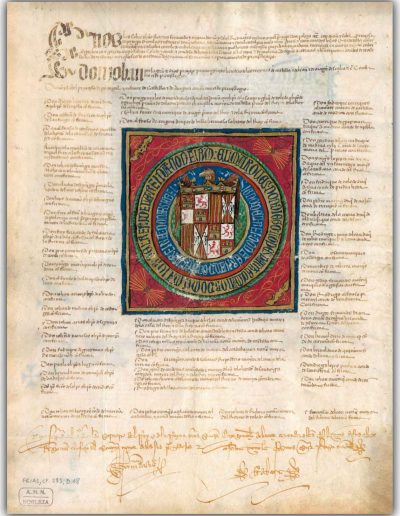 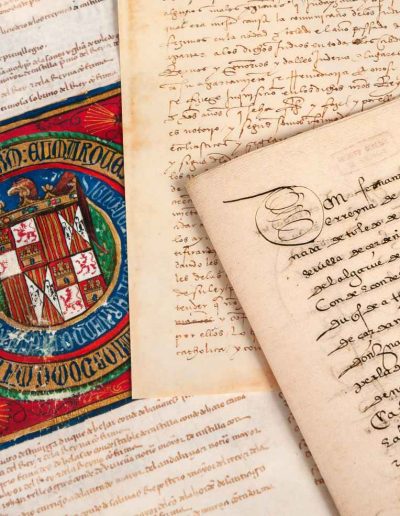 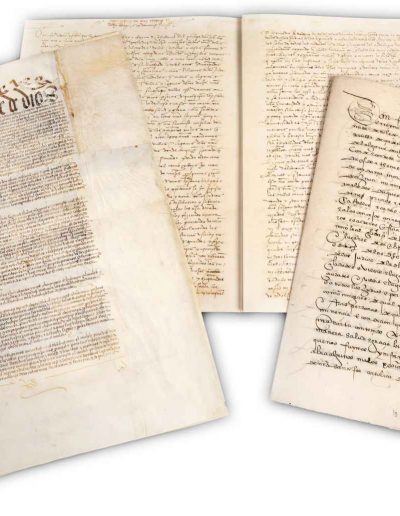 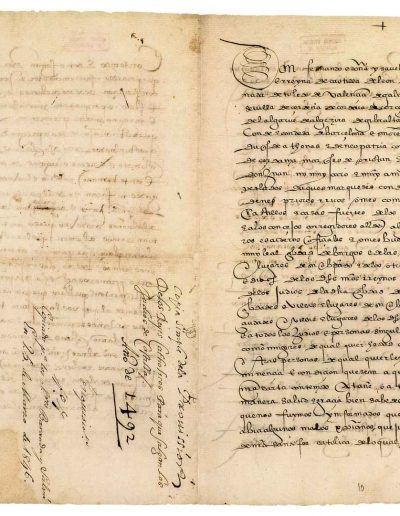 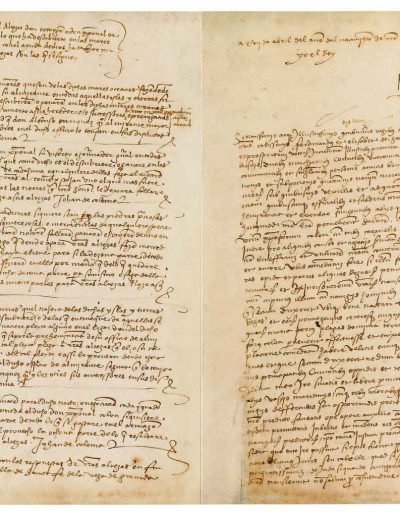 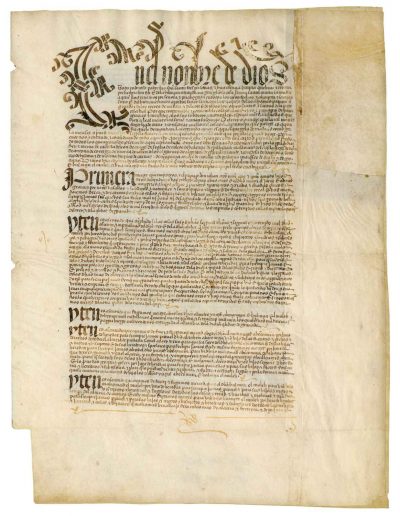 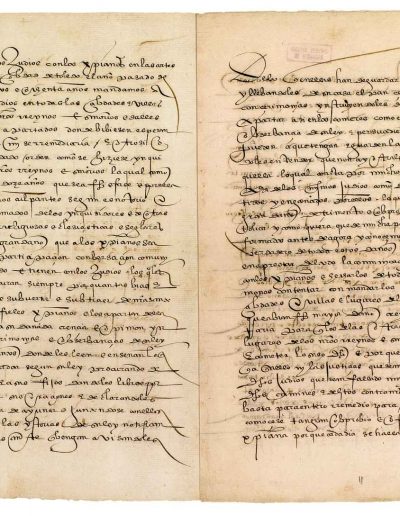 ¿Quiere solicitar el catálogo o saber el precio de 1492: Surrender of Santa Fe and the Edict of the Expulsion of Jews from the Kingdoms of Castile?