Book of Hours of the Altarpieces 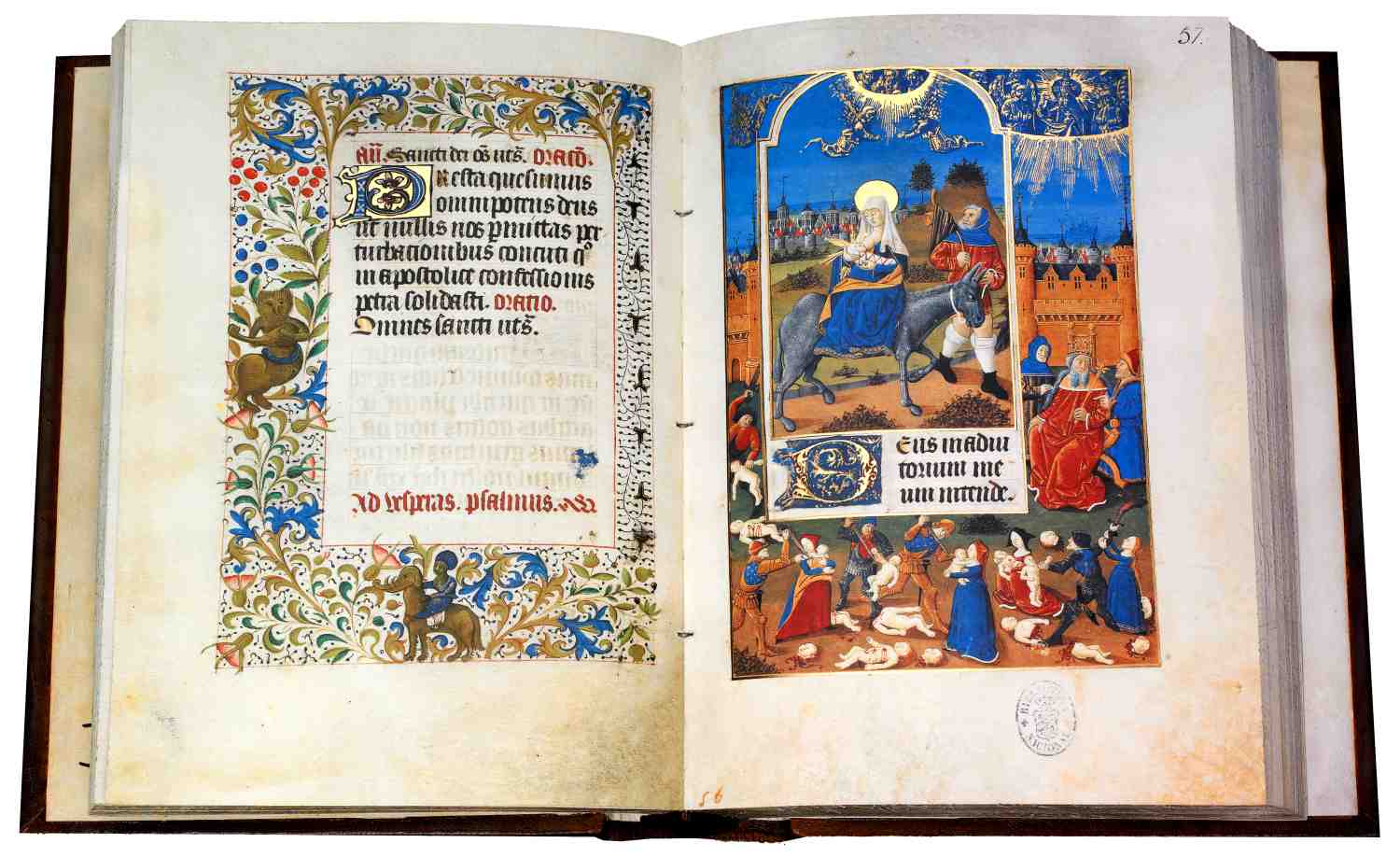 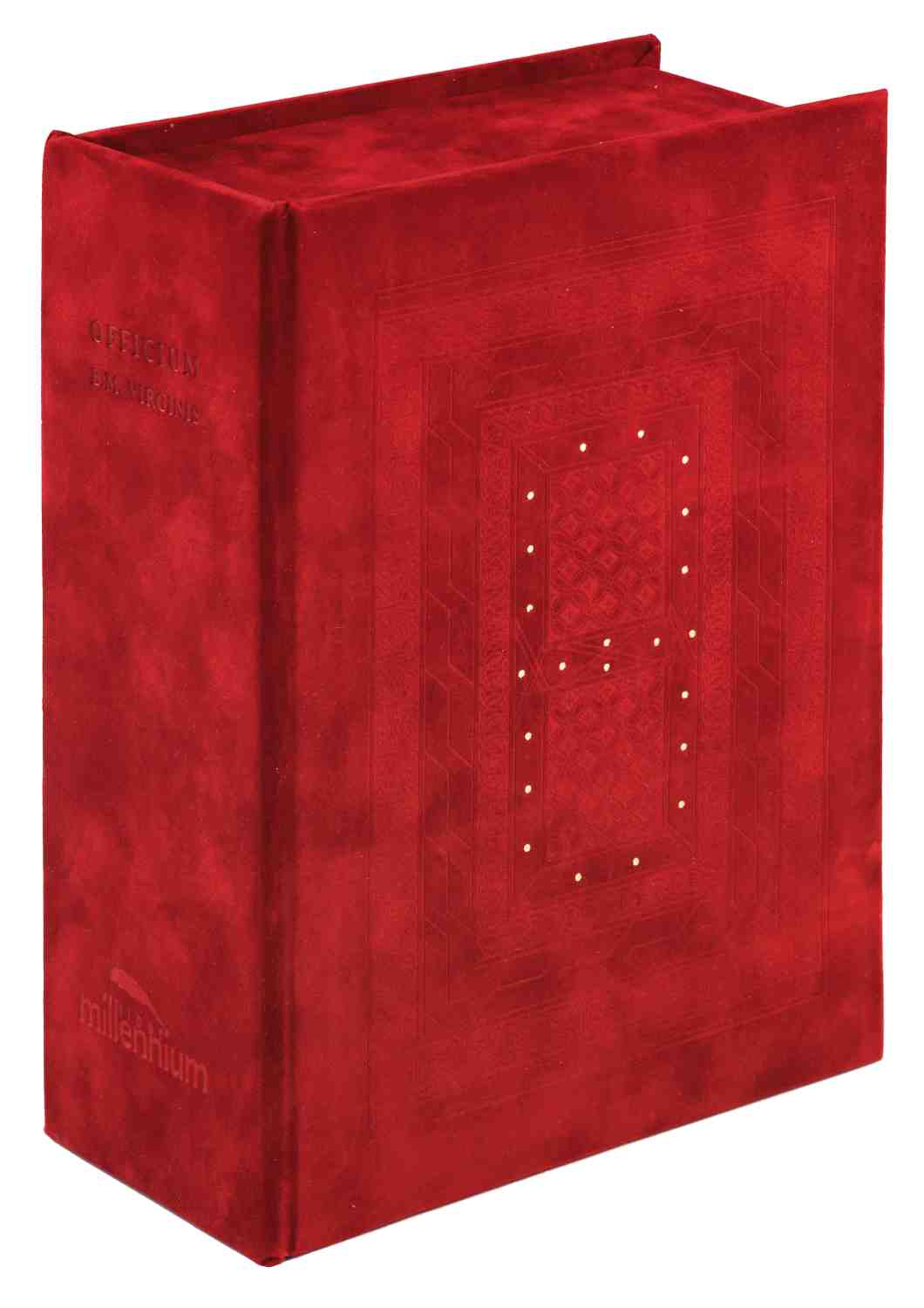 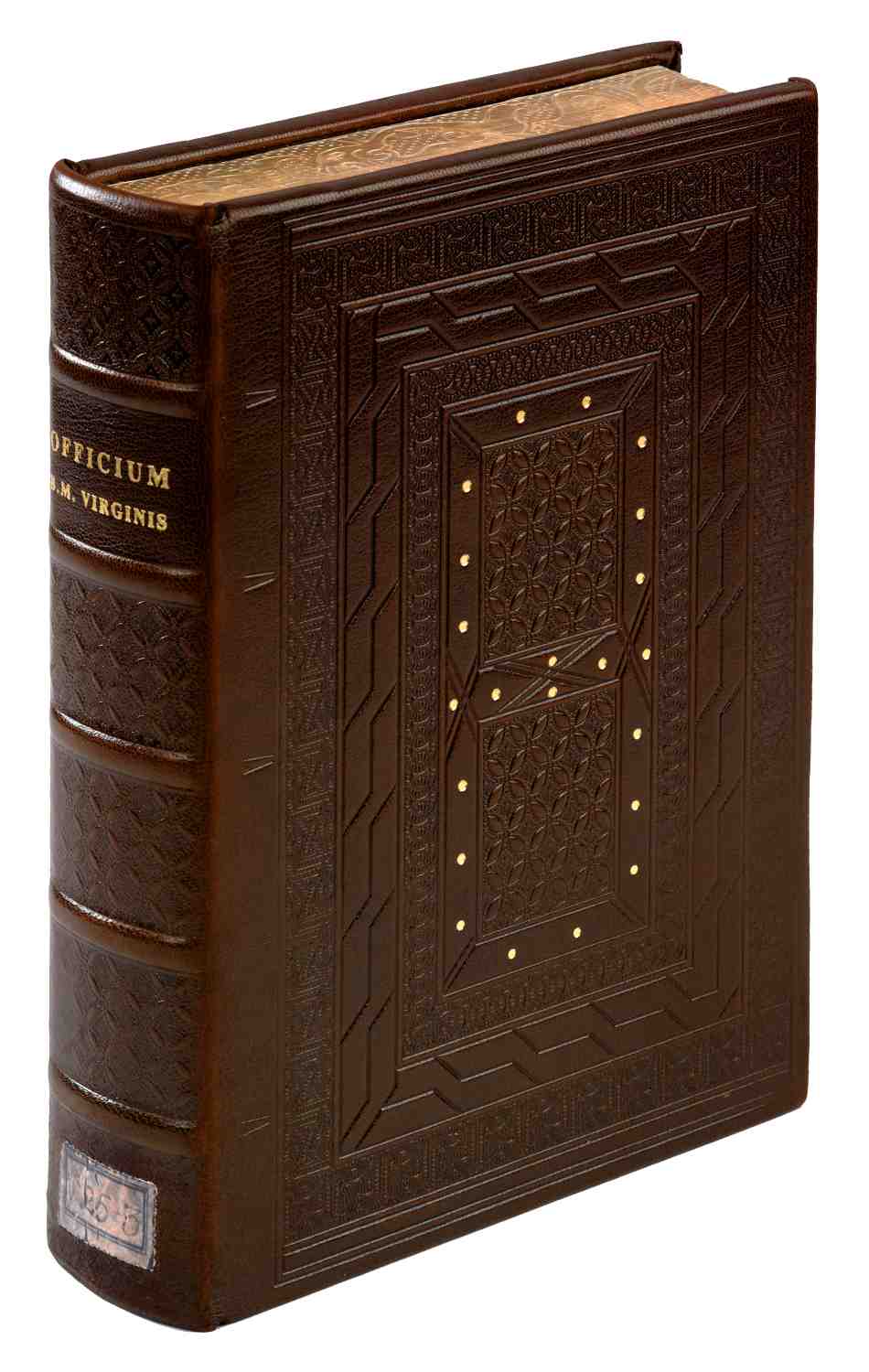 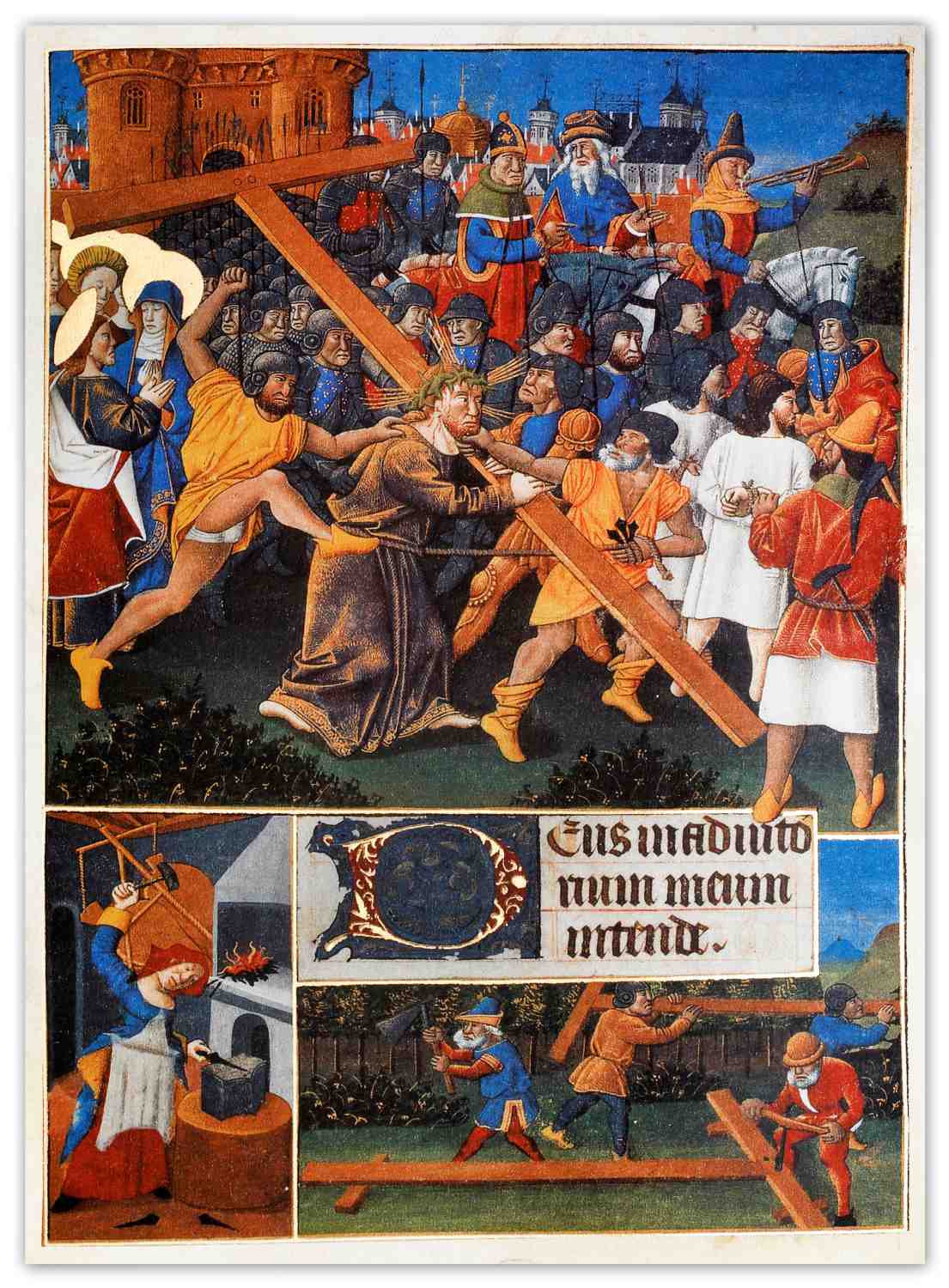 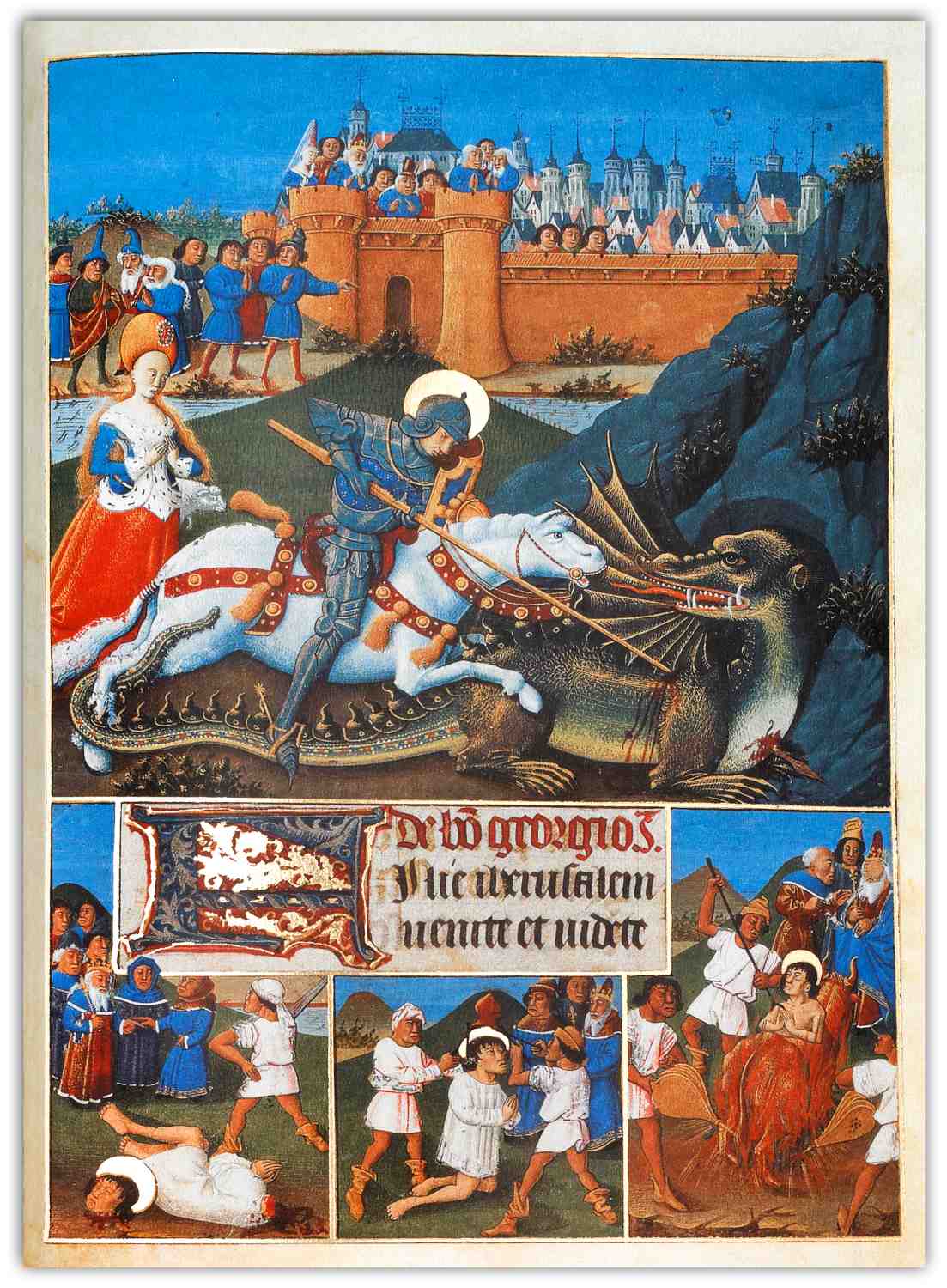 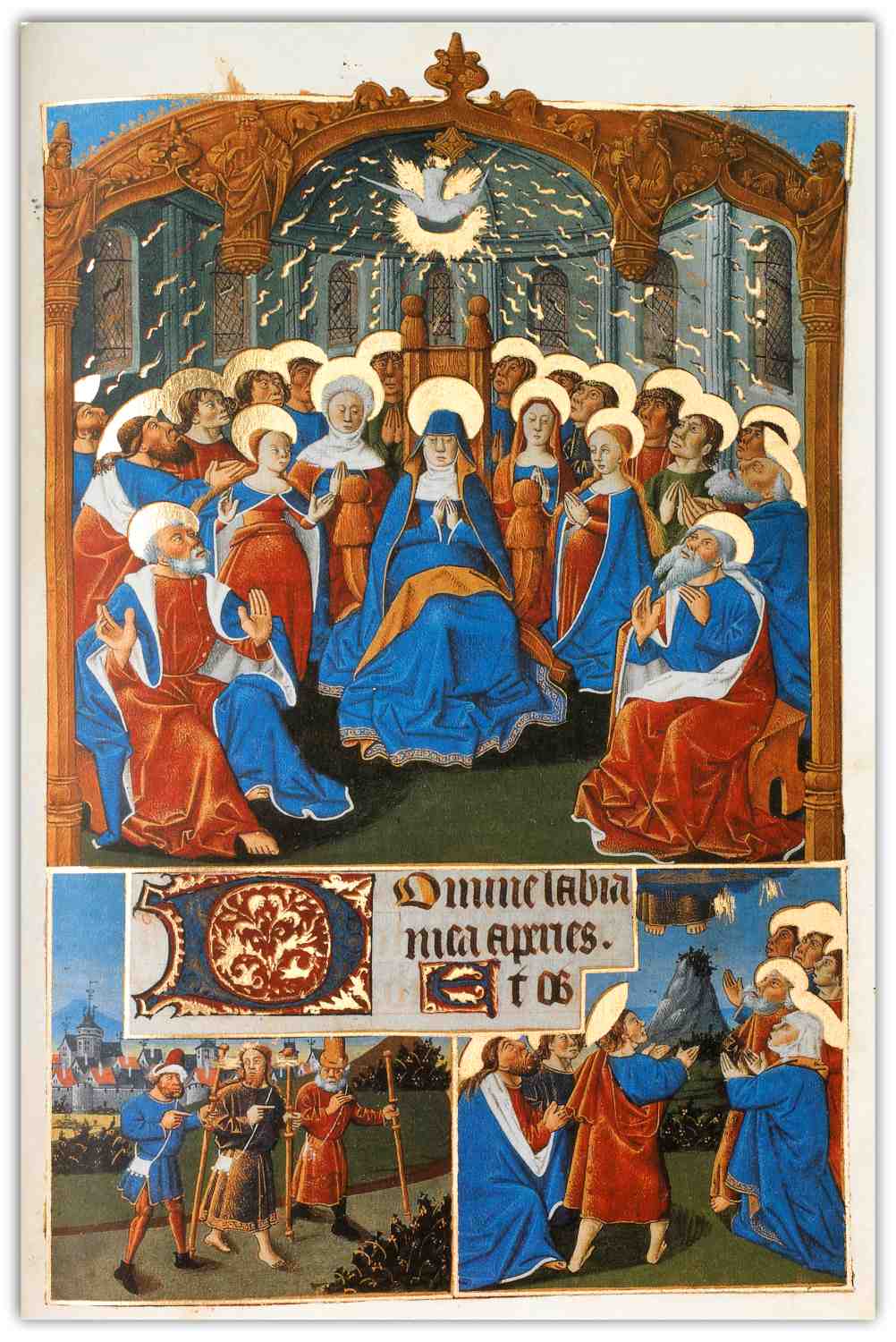 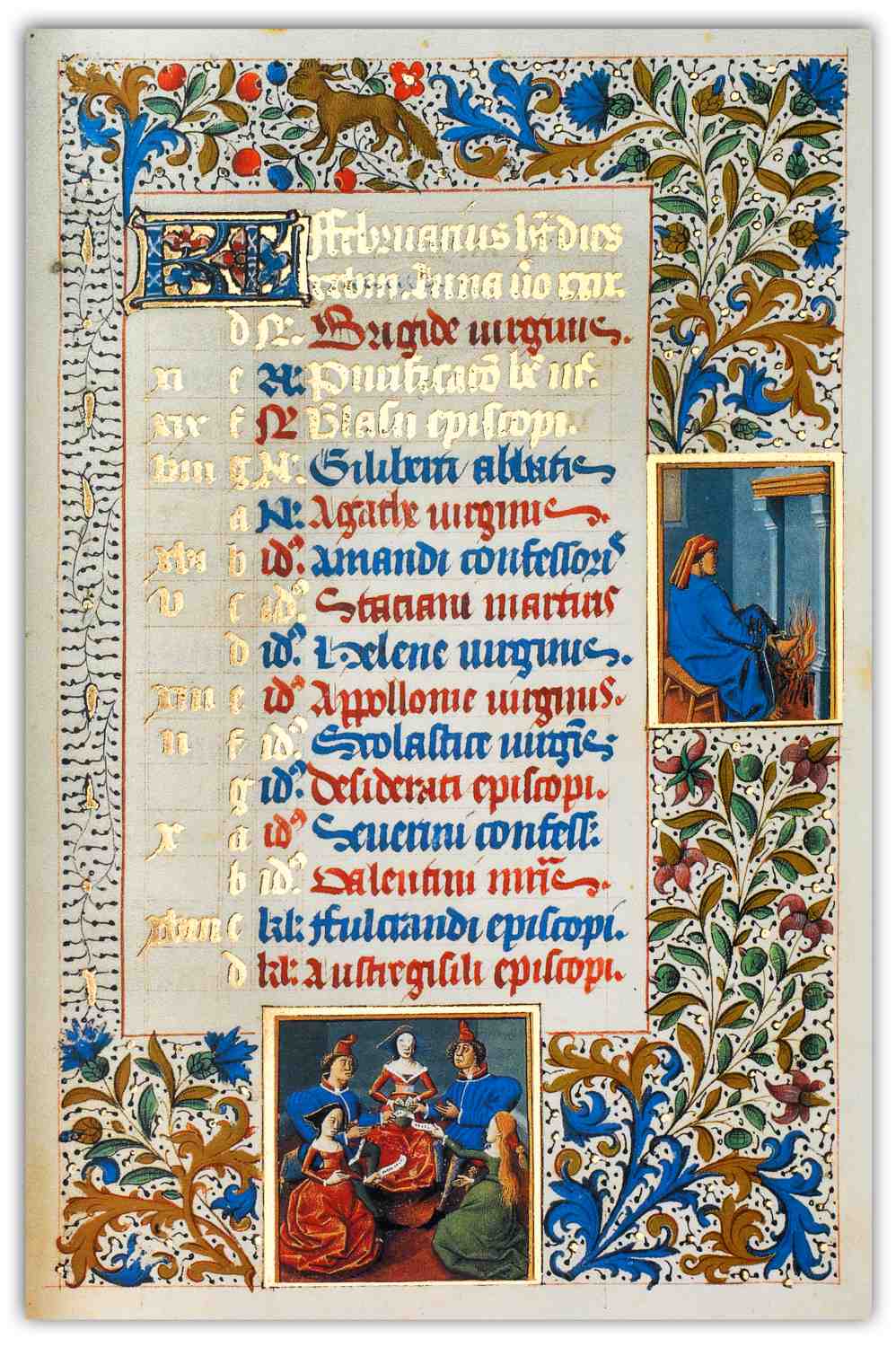 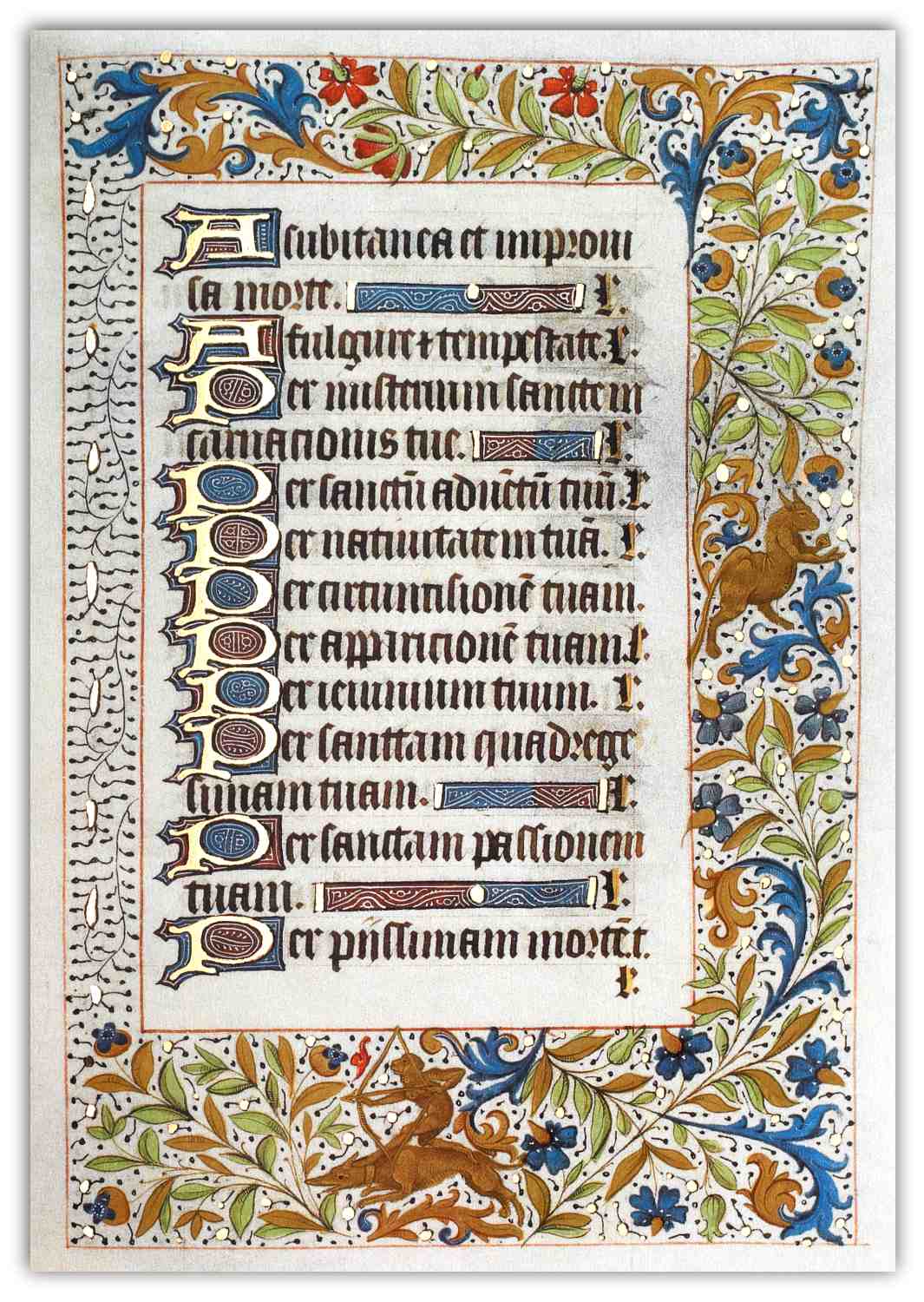 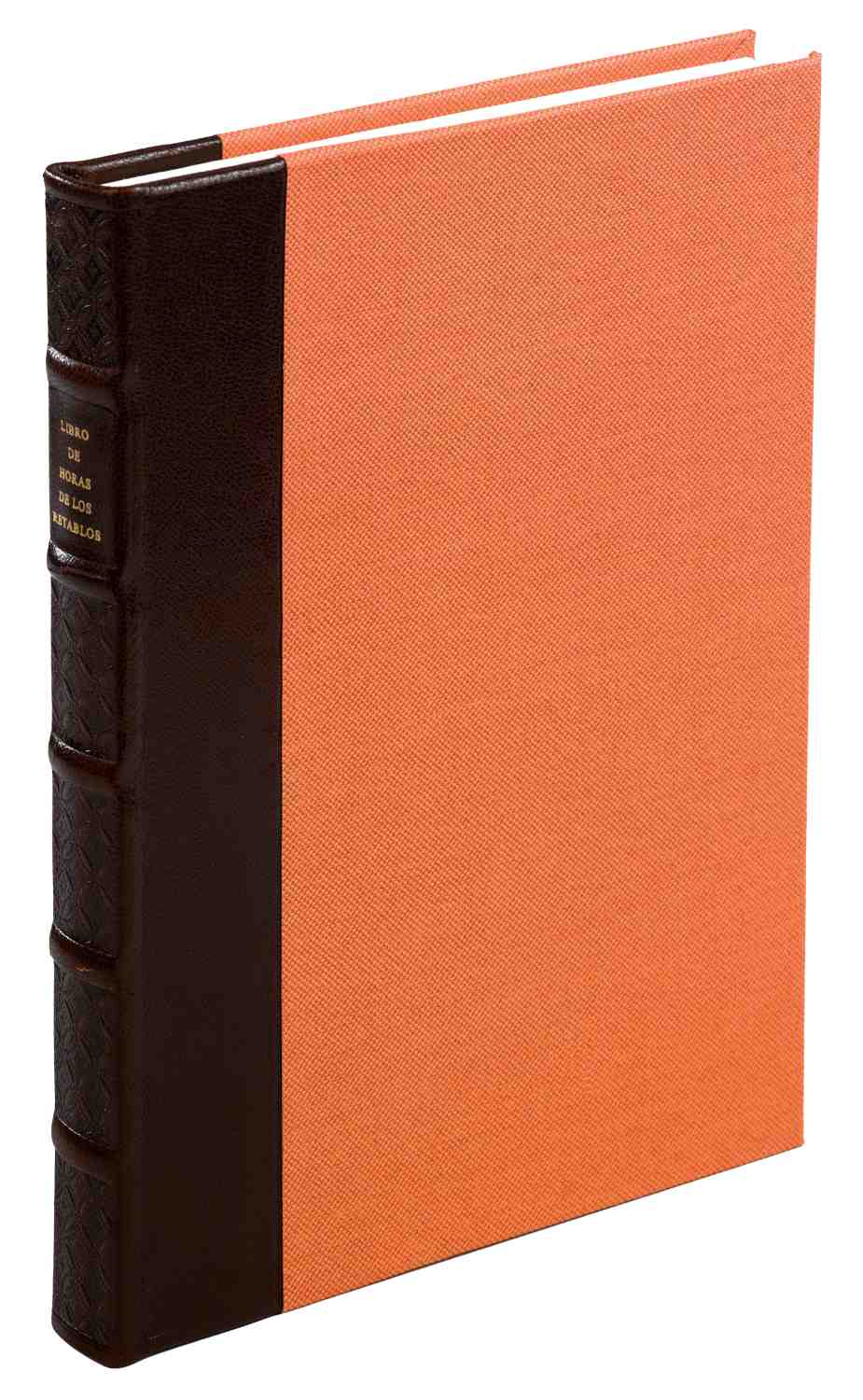 Also known as the Missal of Fernández de Córdoba, this codex is a magnificent example of a Book of Hours in the Roman tradition. Books of Hours and prayer books in general fell under such suspicion that they ended up being banned by the Inquisition. This edition is a paradigmatic case: the codex, property at the time of a lady called Teresa, was censored and thus appears expurgated – precisely in one of the most popular prayers to Mary. The scored-out text is a historical document that bears irrefutable witness to the dangers inherent in dogmatism and intolerance. Such testimonial proof would be worthy of publication in itself, but this volume is also a work of art. It is made of the finest vellum and highly refined pigments, its traditional techniques are excellent and its decoration and illustrations are exquisite. The manuscript is, in its very making, a clear exponent of the finest international style of the 15th century. The originality of the miniatures in the form of altarpieces is a special feature of this book, which contains hundreds of ornamental designs within the pages of text, such as butterflies, birds, dragons, putti and the like. Equally beautiful is its current binding in repoussé leather on board, inlaid with gold and cobalt.
Original (15 th century) held in the Spanish National Library, Vit. 25-3. Size: 230 x 160 mm. 400 pages, with 45 full-page miniatures. Over 500 ornamental designs scattered throughout the codex. Specially printed on treated and aged parchment. Folded and sewn in the traditional style using vegetable thread. Bound in repoussé leather on board, with gold and cobalt inlays. Historical, artistic and palaeographical study volume. Presented in a stylish case. Unique limited edition of 550 copies, numbered and authenticated before a notary.
Ask for information 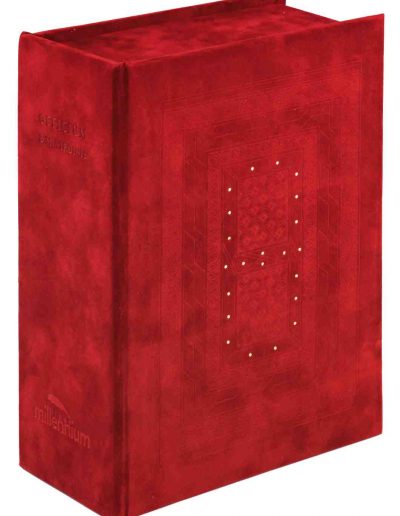 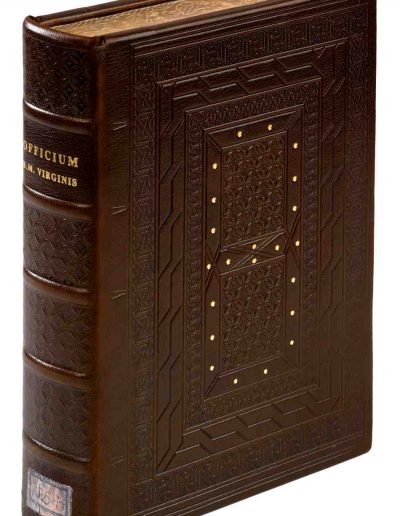 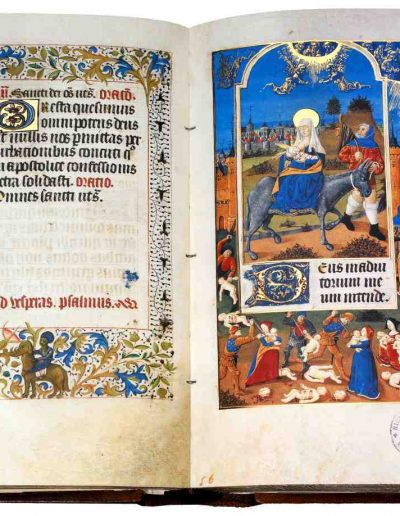 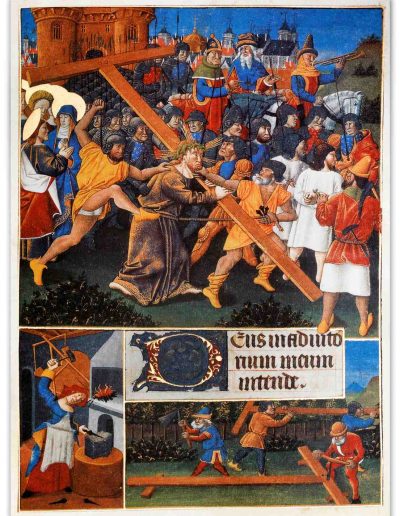 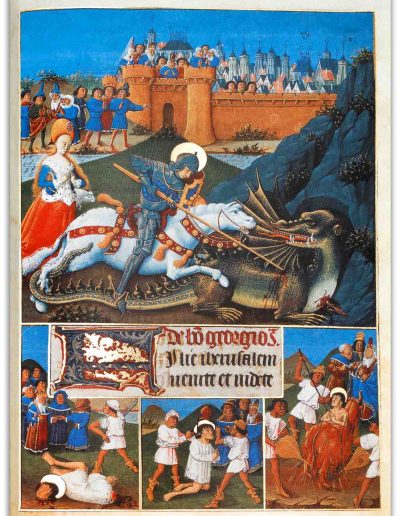 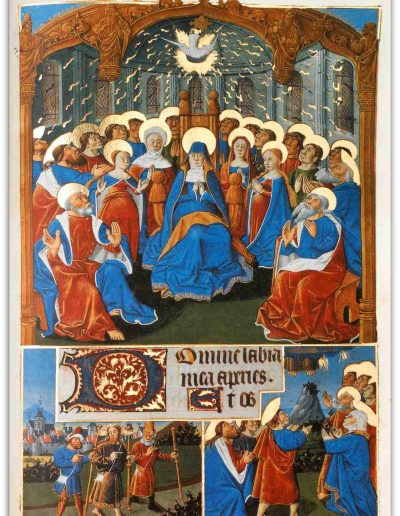 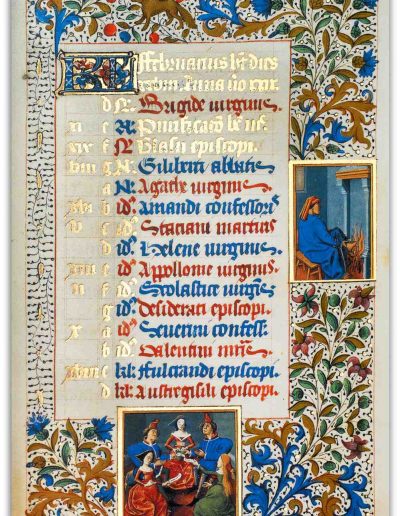 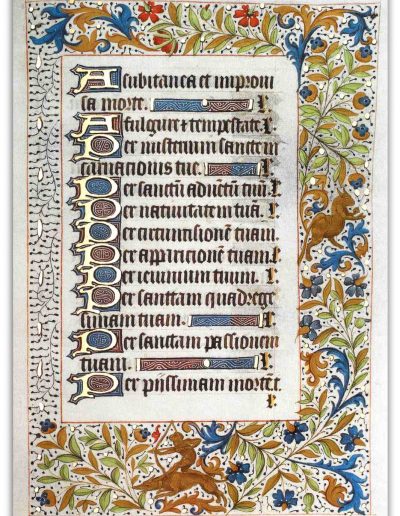 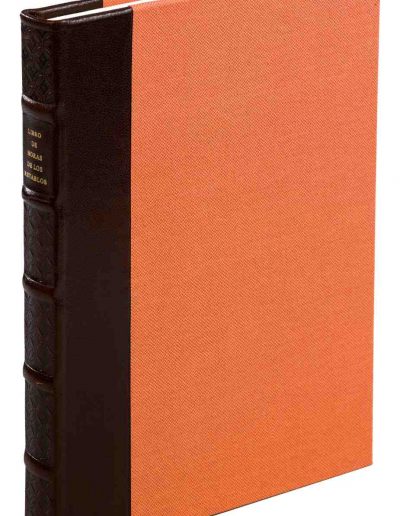