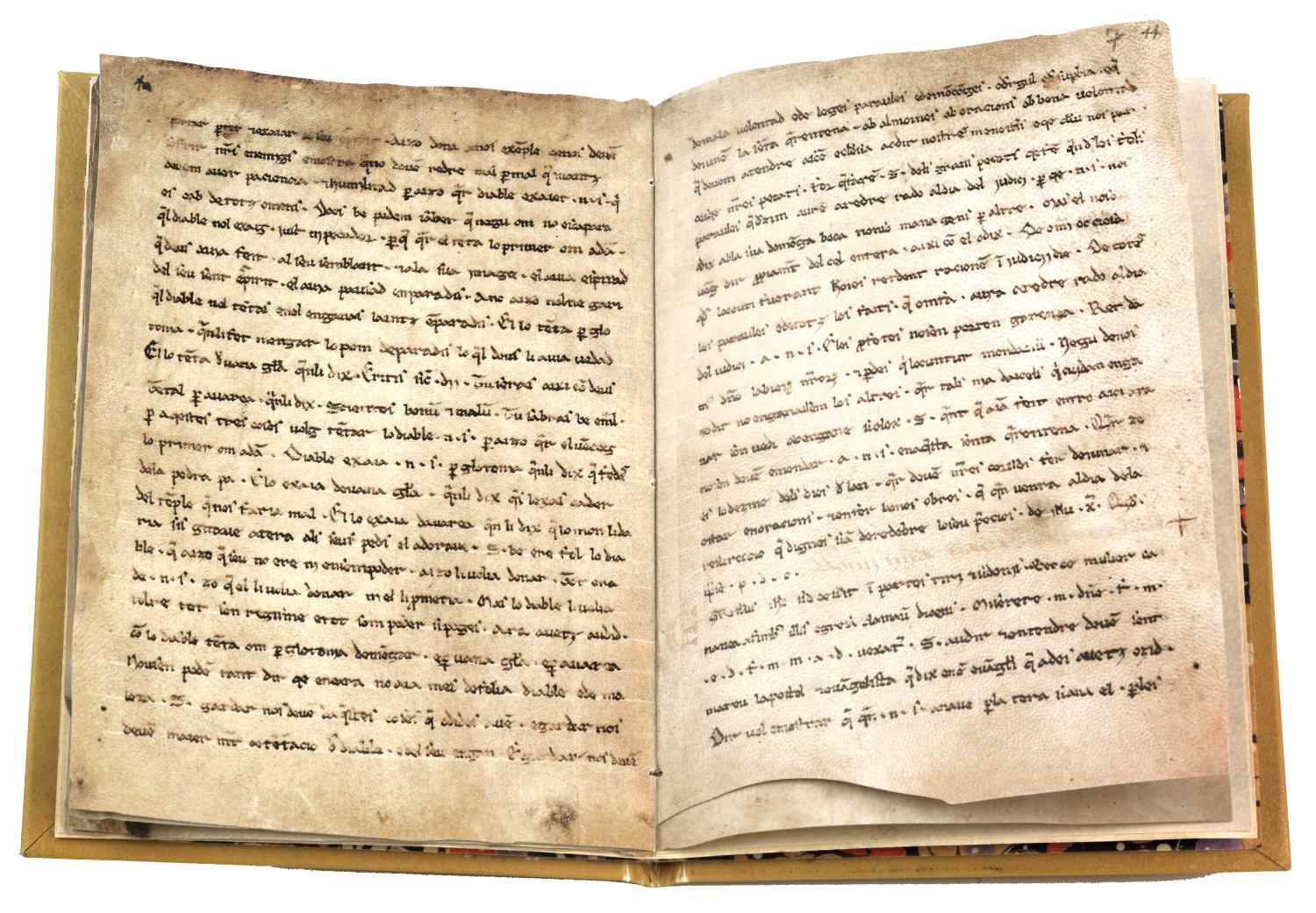 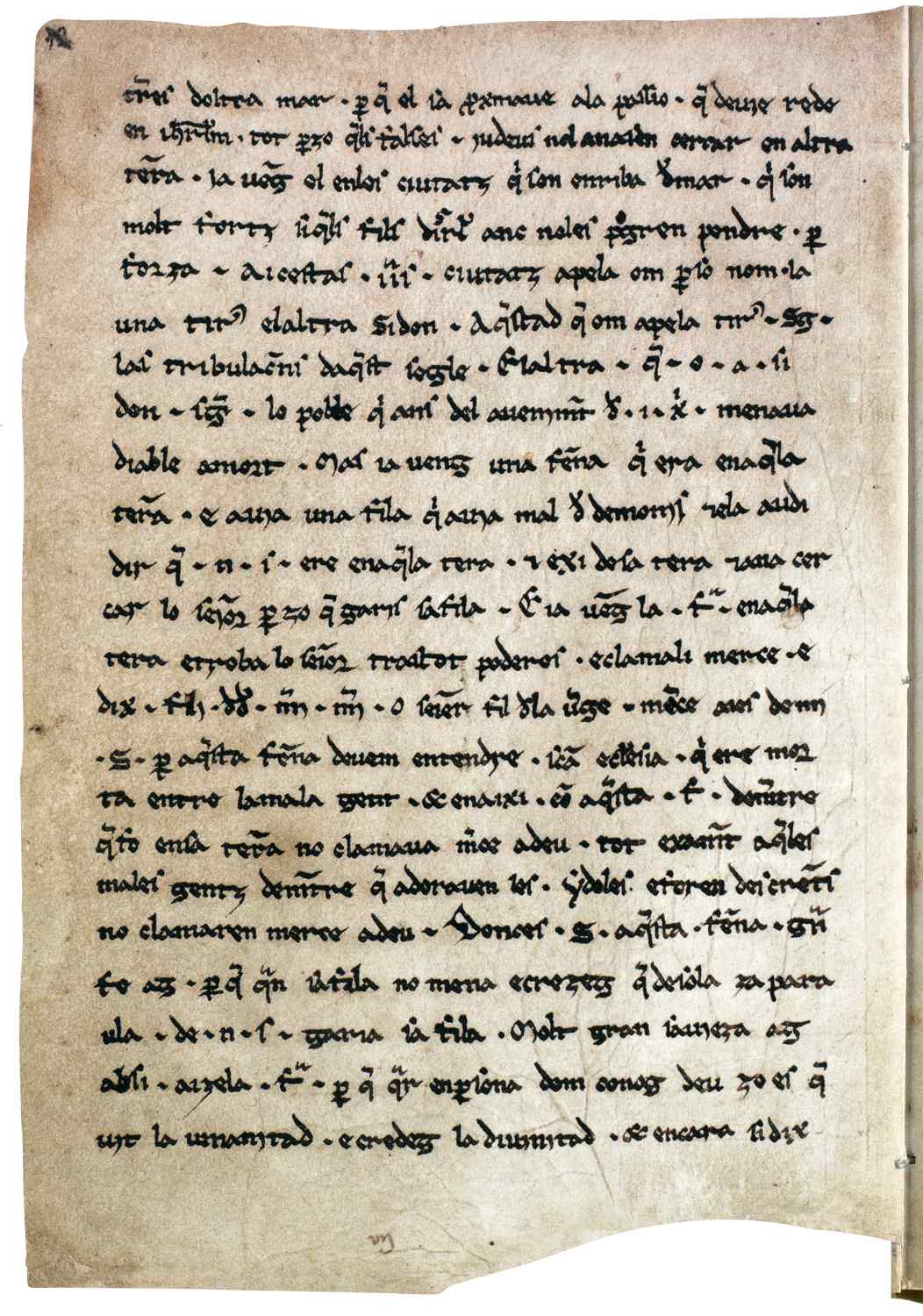 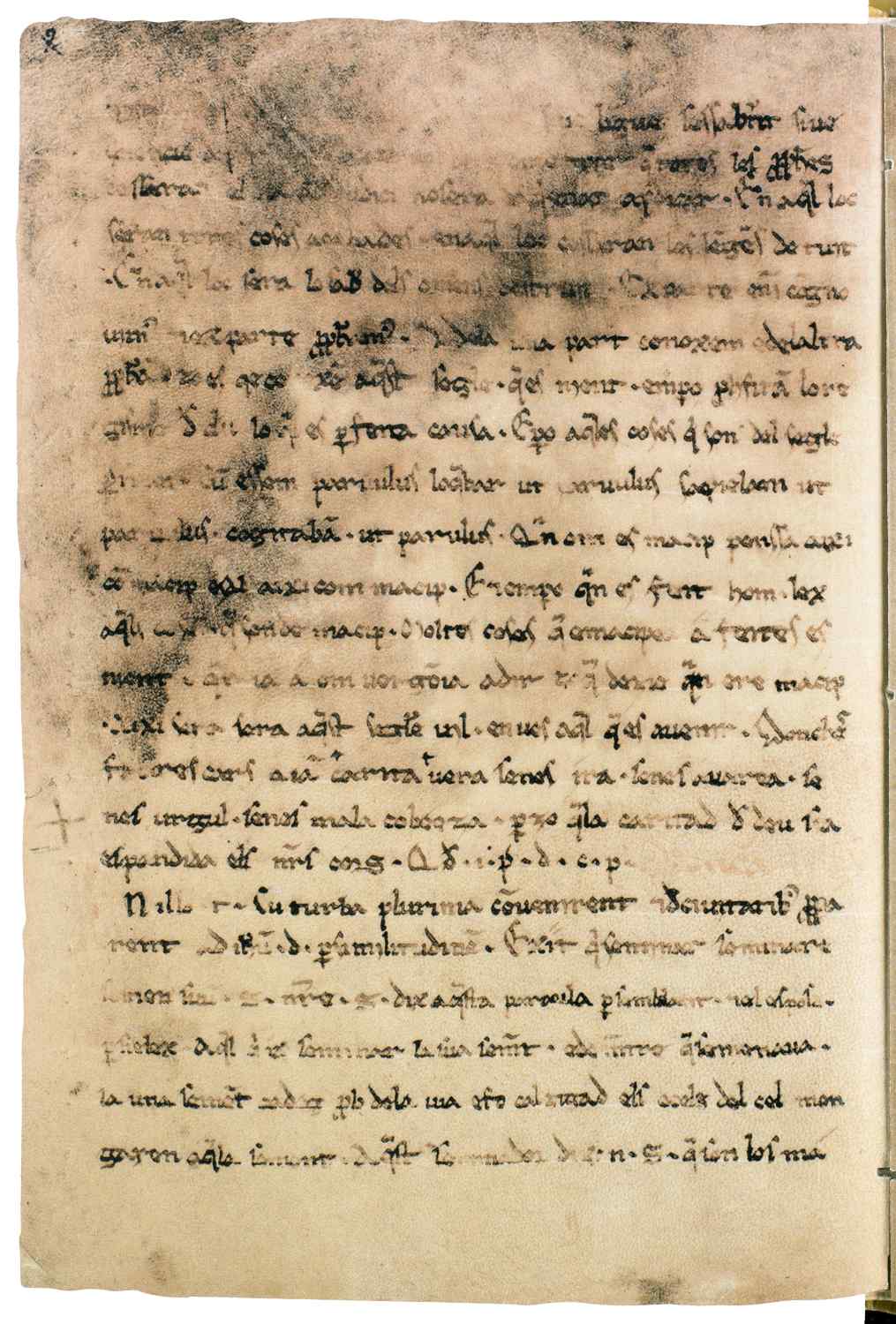 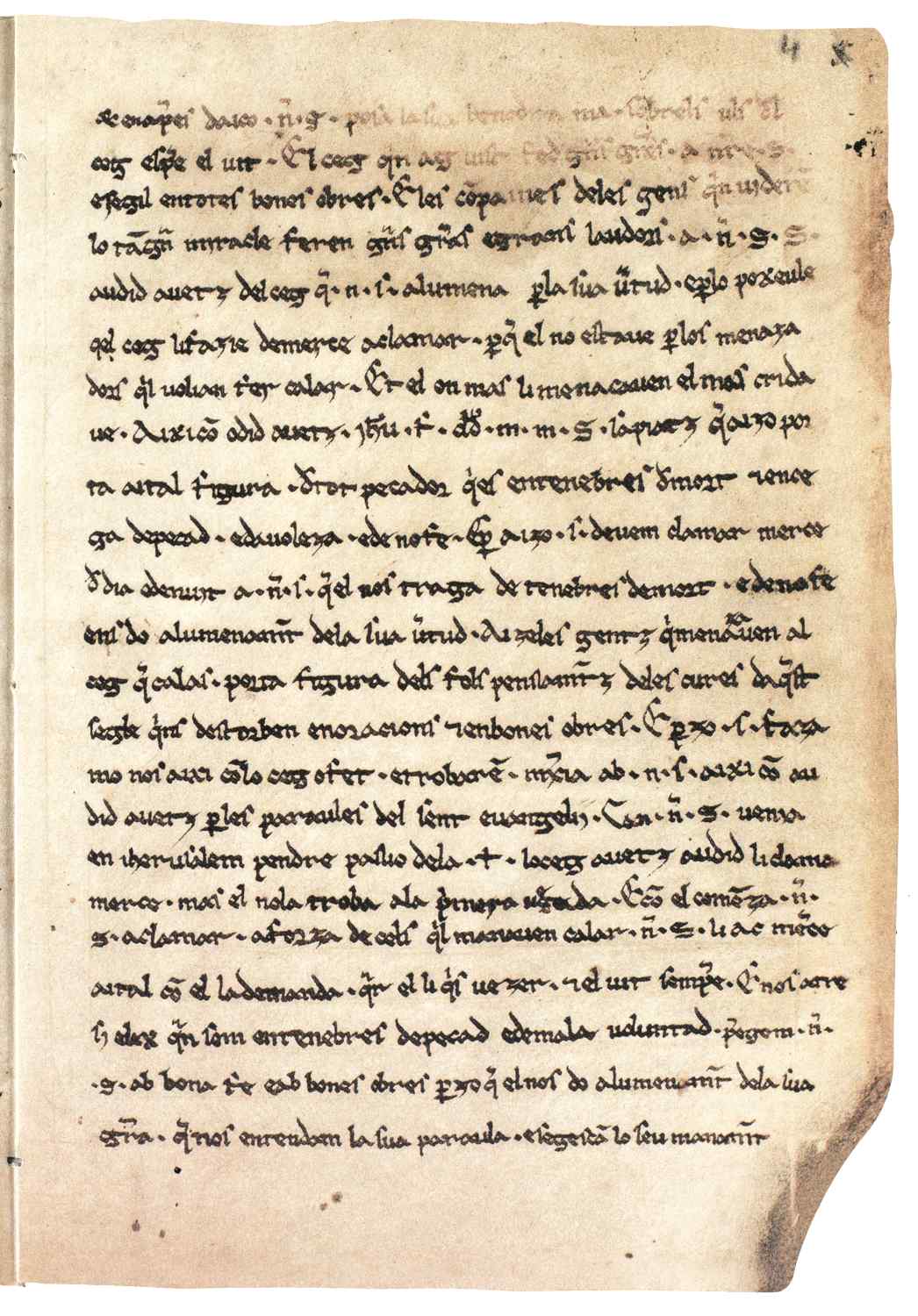 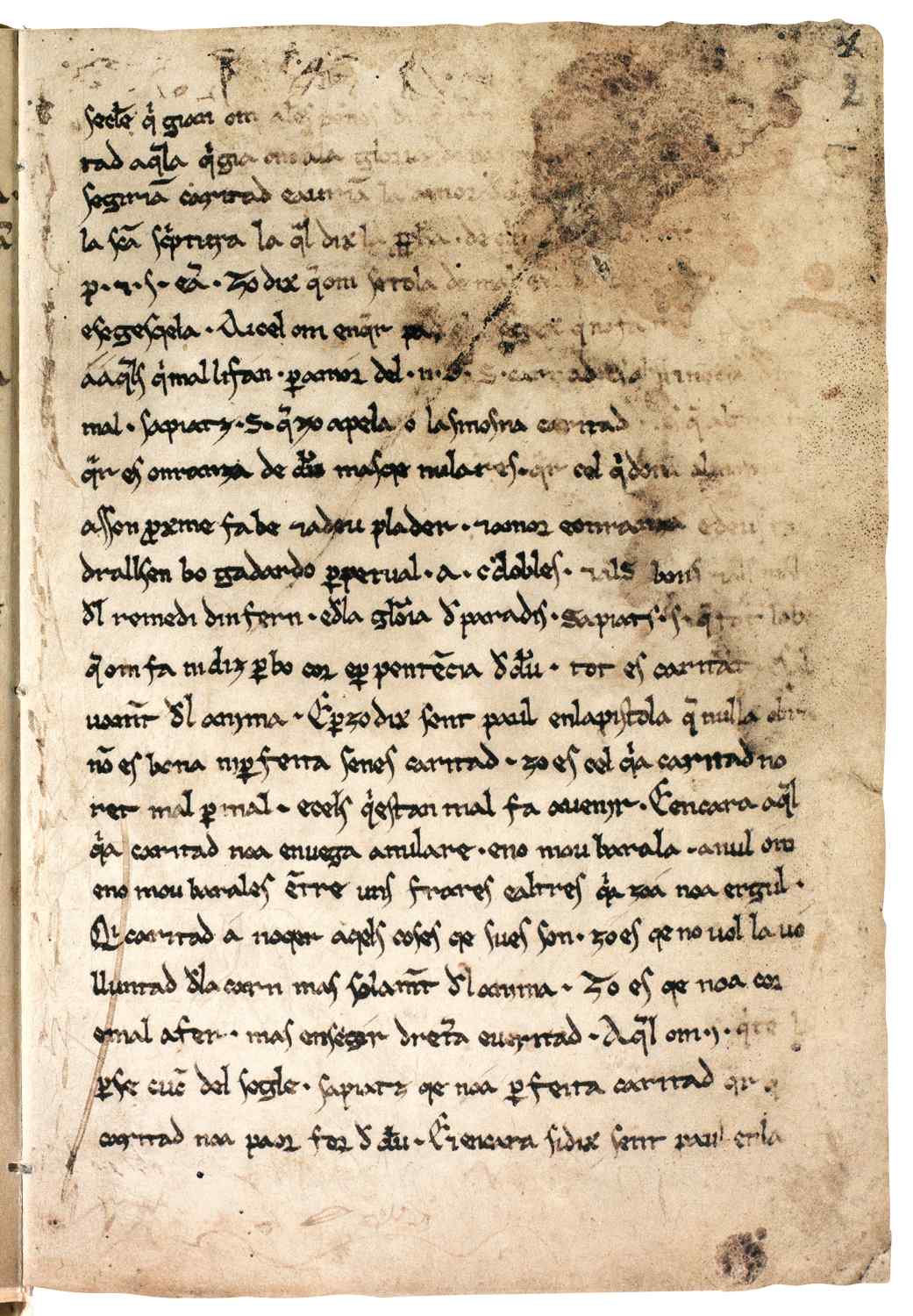 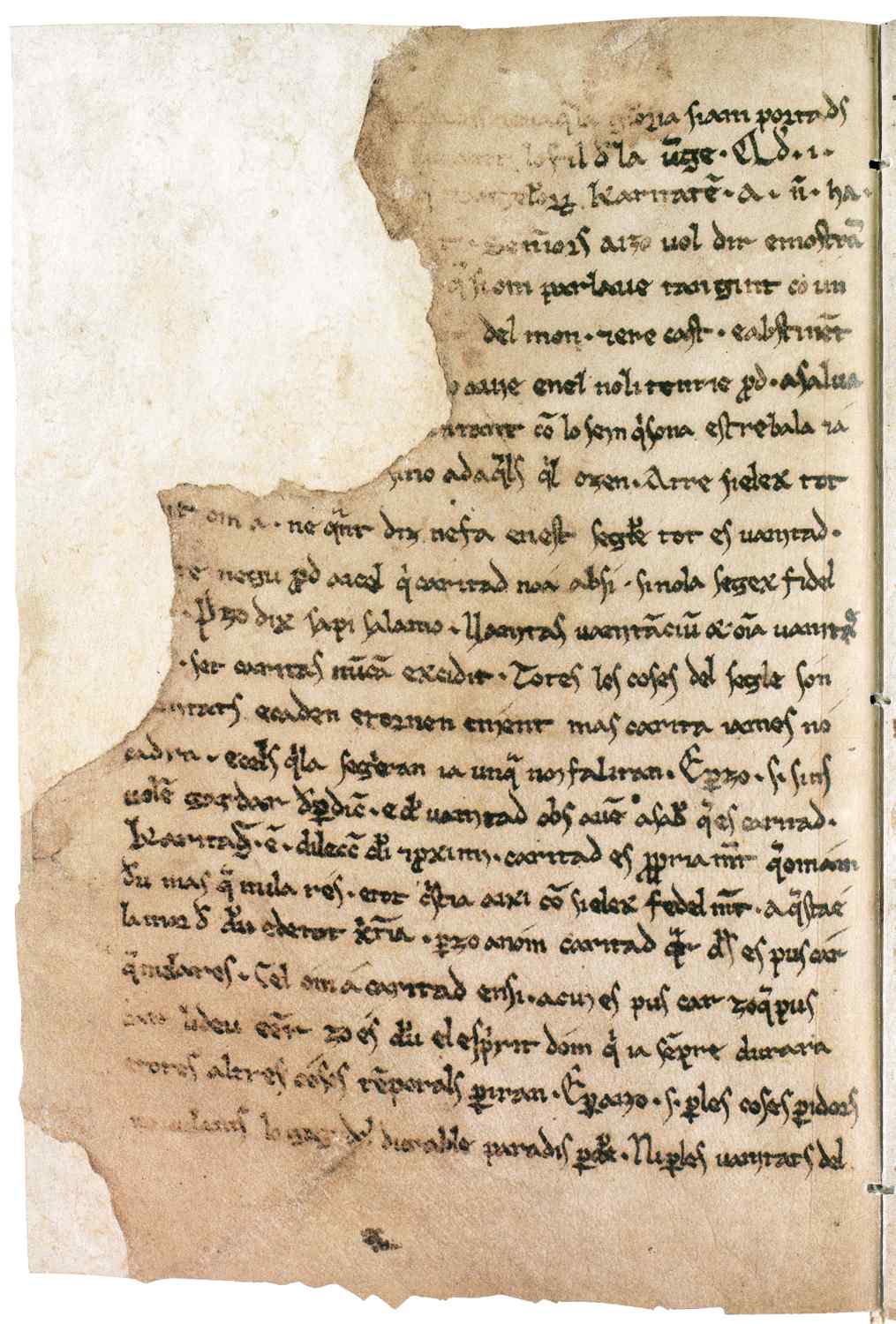 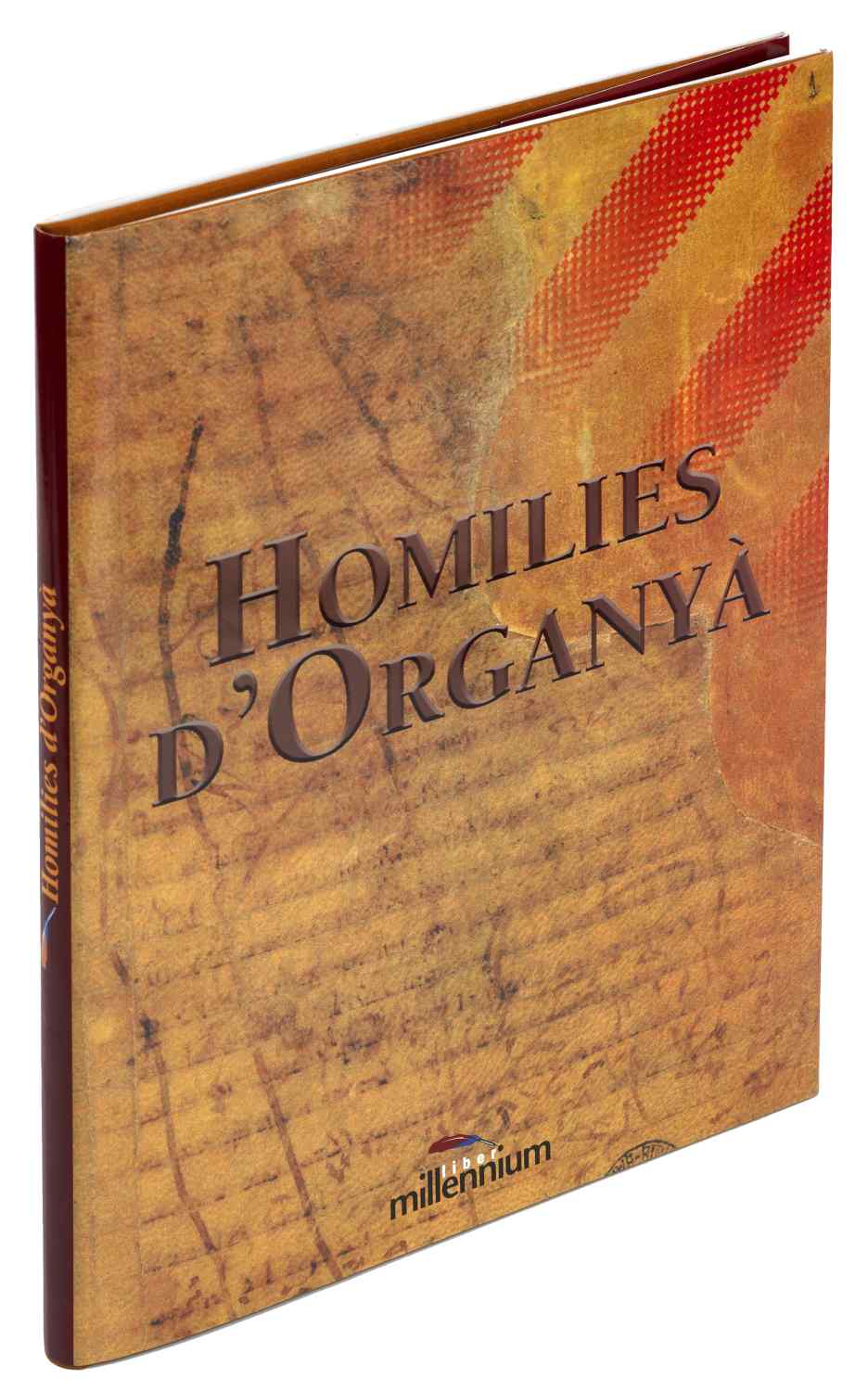 The Homilies of Organyà are considered to be the first literary text written in Catalan and also the first known translation between Romance vernacular languages. According to the latest studies, this manuscript’s author could have been an Augustinian canon at Tortosa cathedral. There were writings in Catalan before the Homilies but they were administrative documents or translations of utilitarian legal texts written in Latin. Be that as it may, the emergence of written Catalan is a gradual process in which the Homilies are just one step; furthermore, considering that, in comparative terms, they are written in a very elaborate style, the are considered to be the first purely literary document in Catalan. The Homilies show us a living, expressive, mature language about to take flight and are irrefutable proof of the antiquity of the Catalan language and its deep roots in time, territory and people. In the Homilies, the Catalan language shows its strength and resilience as one of the pillars of Catalonia’s cultural heritage and the historic reference point for the modern language. The Homilies were discovered in the church of Saint Mary of Organyà in 1904.
Original (13th century) kept at the Library of Catalonia with the signature 289. Format of the work: 175 x 120 cm. 16 pages. Gothic script. Special aged parchment paper. Blocked, folded and hand-sewn. Parchment binding. Study book of the work. Presented in an elegant case. A single print run of 995 copies, numbered and authenticated by a notarial certificate.
Ask for information 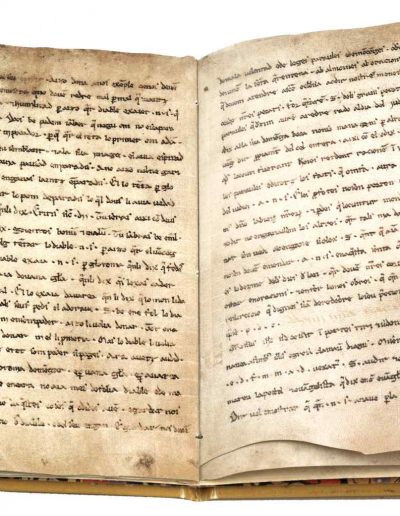 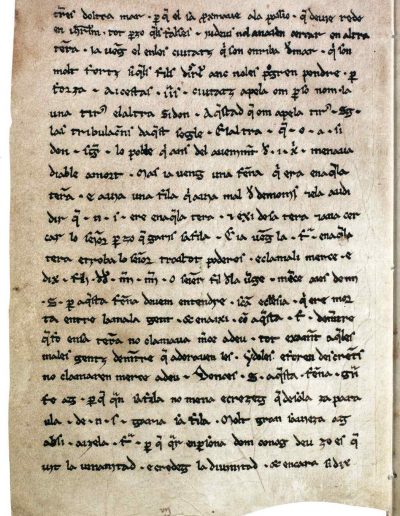 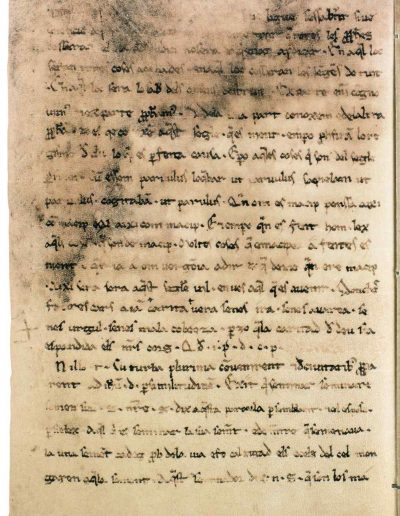 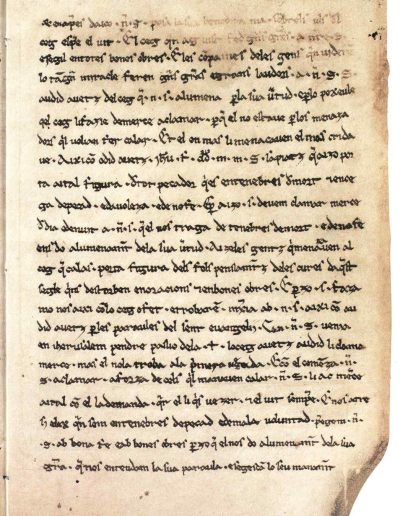 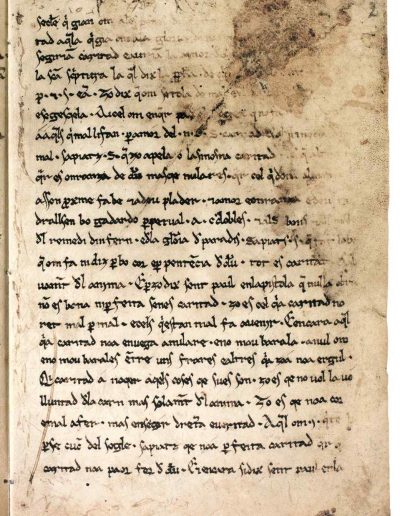 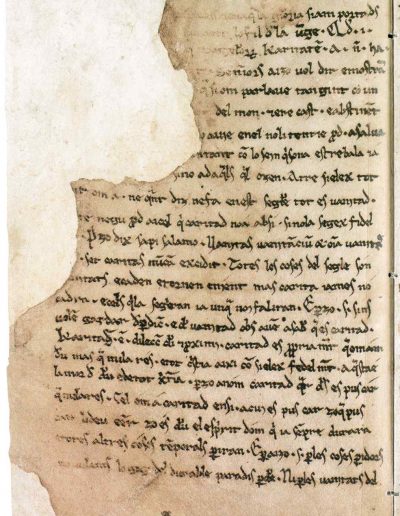 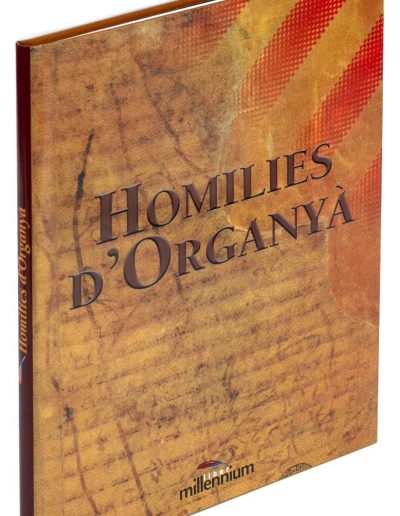