Ramon Llull
Despite being acknowledged as the first great Catalan language writer, Ramon Llull (1232-1316) continues to be associated, even today, in the history of science with the image of an esoteric and enigmatic “bearded philosopher” and “illuminated doctor” who dedicated his life to trying to convert Muslims to Christianity. His influence on subsequent scientific thought was much more important than it may seem at first glance. One early event proved very significant in this regard: the acceptance of his teacher application by the University of Paris, an institution that in 1310-1311 allowed Ramon Llull to publicly teach at the College of Arts — something astounding for a lay person without a teaching degree. Among his first disciples, an interesting figure stands out: Thomas Le Myésier, who was a canon in Arras and served as a physician at the court of Mahaut, Countess of Artois, mother of Queen Consort. To him we owe, among other things, the creation of a magnificent and much admired codex — a manuscript kept since 1807 at the Baden State Library in Karlsruhe.

This magnificent codex is admired for its craftsmanship but, above all, because it aimed to be a compendium and summary of Llull’s thought and even today can serve as such. Effectively, the Breviculum is a schematic compilation of Llull's writings with twelve large prefixed miniatures, each occupying an entire page of the codex. These miniatures concisely and clearly depict the Majorcan thinker’s life and crystallize his doctrine in figures and charts. It is a singular document of early Llullism, created and established by Le Myésier in France. With it, the dedicated disciple wished to communicate the true dimension and intellectual value of the teachings of Ramon Llull. Due to its provenance and artistic quality, this luxurious manuscript on expensive thin parchment is also one of the finest examples of French painting of the first quarter of the 14th century.

The author and his work
Thomas Le Myésier had the codex compiled with the intention of promulgating Llull’s thought at the French royal court.

A long life in a short series of vignettes
It is worth noting that what is represented here are not some legendary hagiographical scenes but rather life events of a contemporary man, leading us to believe that the work created by him surpasses, in form and content, the time in which it was conceived and accomplished.

Llull as a “liberator of the truth”
The core of this pictorial does not consist of the illustrations but rather of the allegorical miniatures, which present Llull’s philosophical system in a very peculiar way.

The illuminator: A Mahaut court painter?
It would be daring and completely inappropriate to try to determine the specific authorship of this iconographic series, but we can point out that illumination of manuscripts was not necessarily a specialization that ruled out any other artistic occupation.

The 14th century original conserved at the Baden State Library in Karlsruhe.

Leather binding on board.

Print run of 995 copies, numbered and authenticated by notarial act. 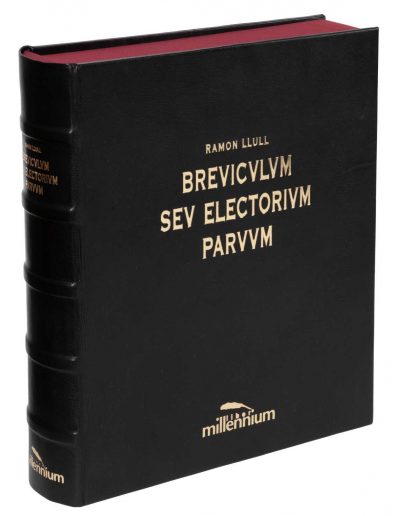 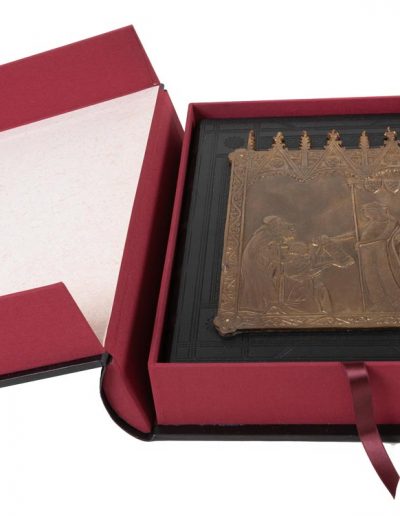 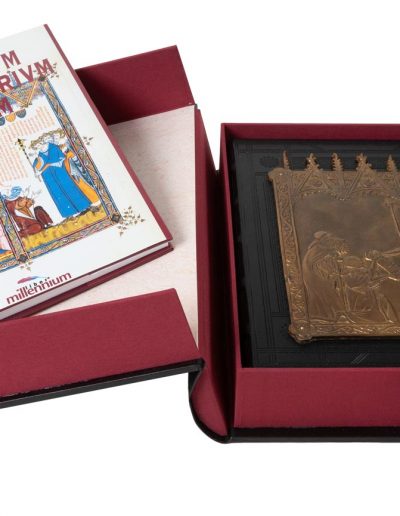 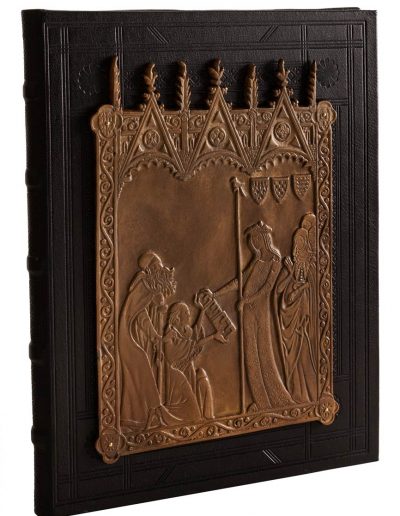 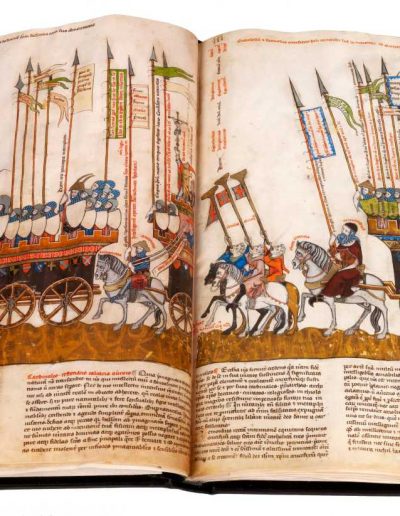 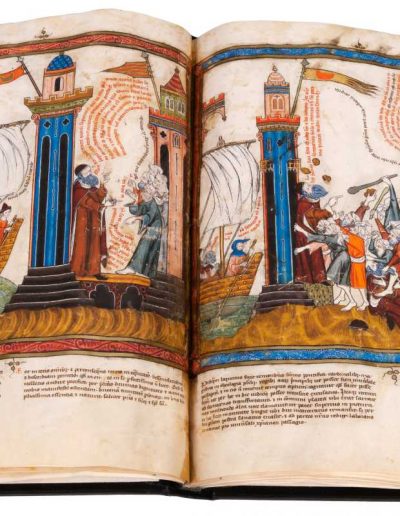 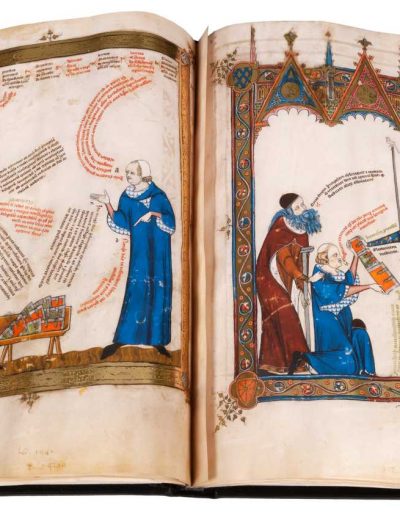 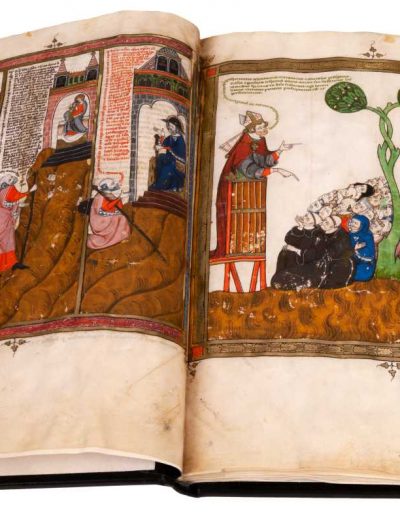 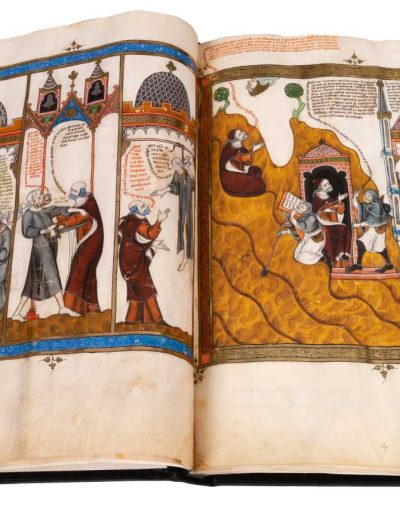 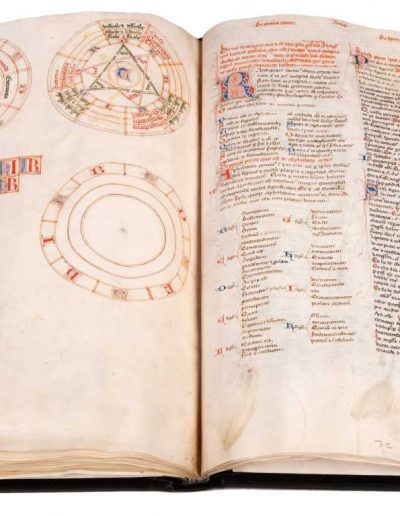 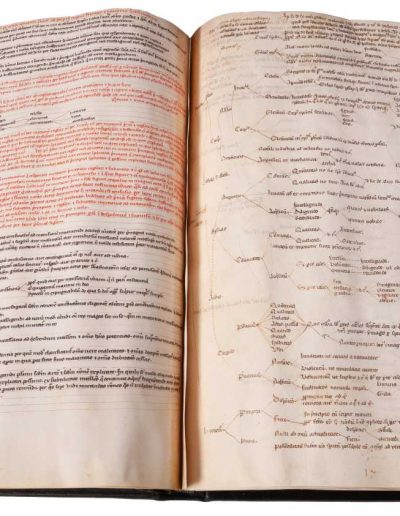 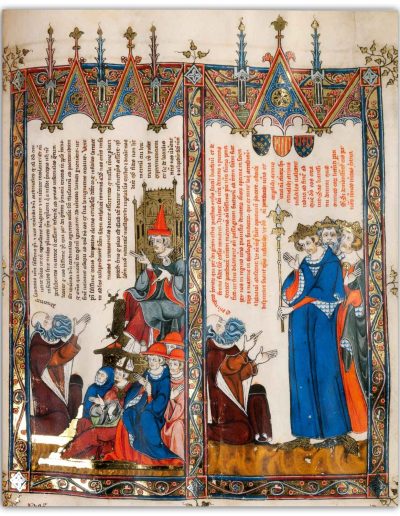 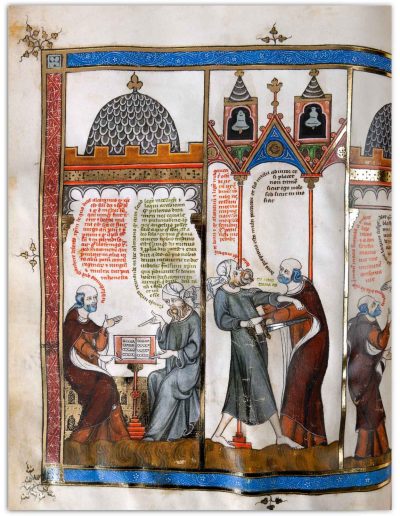 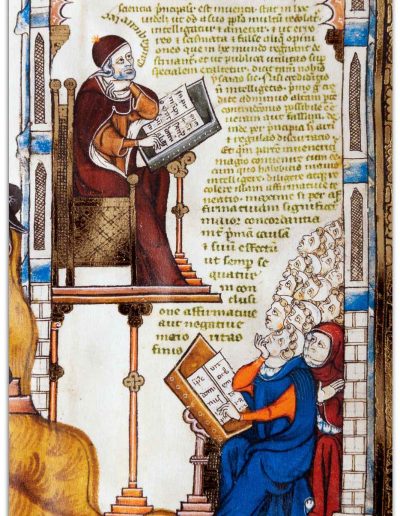 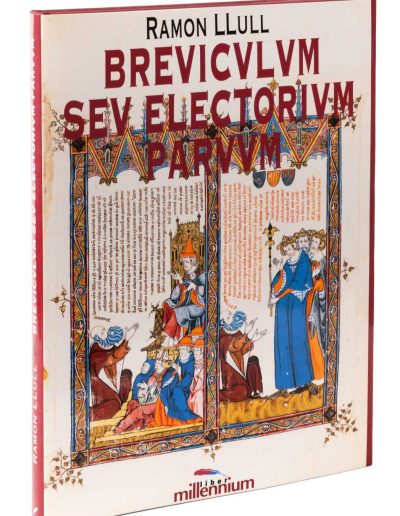